Sleds are an essential piece of equipment in the Iditarod. Typically, 50-80 sleds start the race and even more are shipped down the trail for use later in the race. Sleds have evolved since the first race in 1973, and mushers often build their sleds themselves. 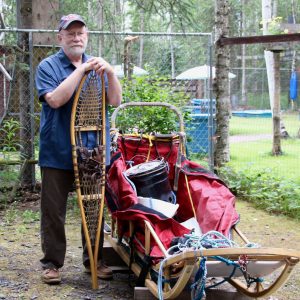 Jon Van Zyle and one of his sleds Photo Credit: Terrie Hanke

The sleds first used in Iditarod were long freight sleds. These sleds were heavy and very sturdy, often made from ash, hickory, or birch wood. The checkpoints weren’t what they are today when the race first started, so mushers had to bring a lot more equipment with them in order to make it to Nome. The larger sleds in the 1970s were a necessity. 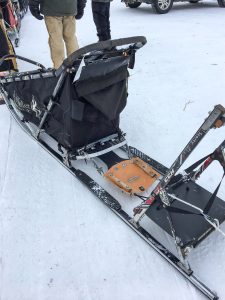 Dallas Seavey’s sled during the 2017 Iditarod

Today sleds are often handcrafted by the musher using aluminum or carbon fiber, while a few still opt to use wood. Some mushers even use hockey sticks to create their sleds! There are only two main rules when it comes to sled requirements: The sled or toboggan must be capable of hauling any injured or fatigued dogs under cover, plus equipment and food AND braking devices must be constructed to fit between the runners and not to extend beyond the tails of the runners (Iditarod Rule #15). It is also fun to note that mushers are not allowed to use sails or wheels on their sleds!

Besides the style of the sled, one of the more important parts is the runners. Runners are the two long pieces that touch the ground on either side of the sled. Today mushers used different types of plastic, called runner plastic, while out on the trail. It is interesting to note that there are different running plastics for different temperatures. You’ll often hear mushers chat at checkpoints and ask “Which runners are you using?”.

Mushers may send up to two sleds down the trail to different checkpoints. A musher may begin the race with a heavier sled that will help them get over the Alaskan Range, and then switch to a lighter sled towards the end of the race for the finish push to Nome. If a musher’s sled is broken, they are allowed to borrow a sled from a fellow competitor. However, no musher is allowed to use more than three sleds during the duration of the race.

If you are interested in learning more about sled creation, check out this video about Cody Strathe of Squid Acres Kennel. Cody builds sleds for many mushers and takes you through the different parts of a modern sled.

No matter what sled style or material a musher chooses, they all have one rule they all follow- never let go of the sled! 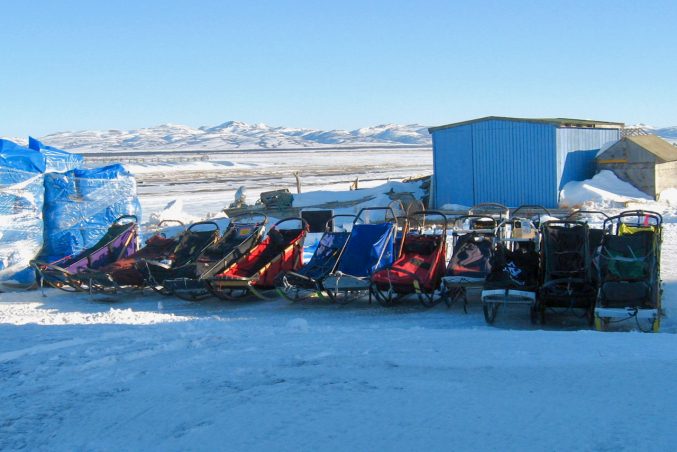 Sleds sent out ahead of the race Photo Credit: Terrie Hanke