Photos from the 2011 Iditarod race season. 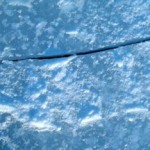 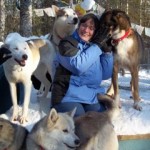 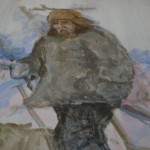 What story idea does this prompt from Official Iditarod artist Jon Van Zyle’s work in progress? 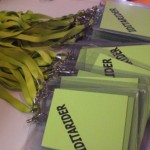 Idita-rider badges for the 2011 Iditarod start 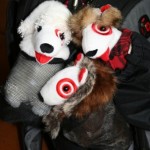 These dogs traveled the 2011 Iditarod with Martha Dobson, 2011 Teacher on the Trail 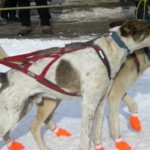 Seriously, these booties match my harness? 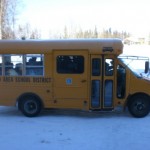 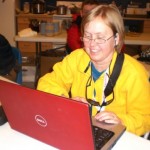 Martha Dobson, 2011 Iditarod Teacher on the Trail, at a checkpoint 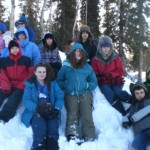 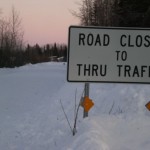 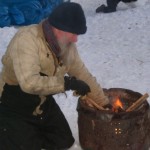 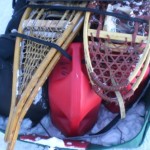 Why do you need snowshoes? 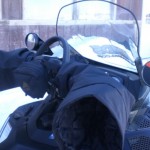 Big mitts on a snowmachine’s handlebars. 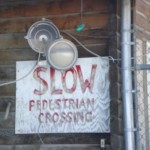 Slow for pedestrians, but FAST for dog teams! 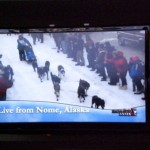 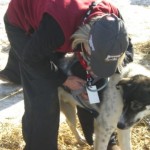 All dropped dogs get an exam. 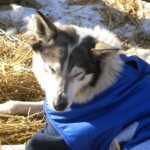 This healthy dropped dog snoozes in the sun. 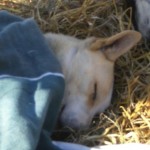 Snoozing on the straw, under the blanket. 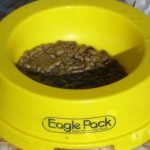 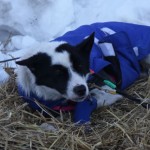 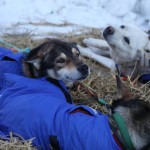 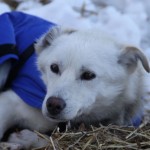 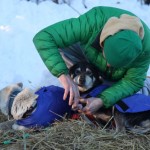 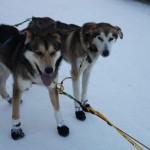 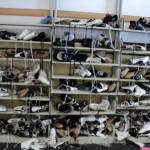 Do you ice skate or play hockey for your recess? 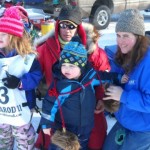 Ray Redington, Jr. and his wife, Julia, and their children, 2011 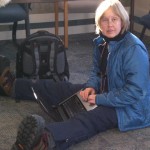 Martha Dobson,2011 Teacher on the Trail, waiting on a flight to Yentna, for the 2011 Jr. Iditarod 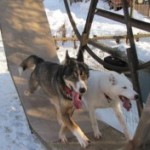 Dogs voluntarily jump on for exercise and jump off when they’re done.