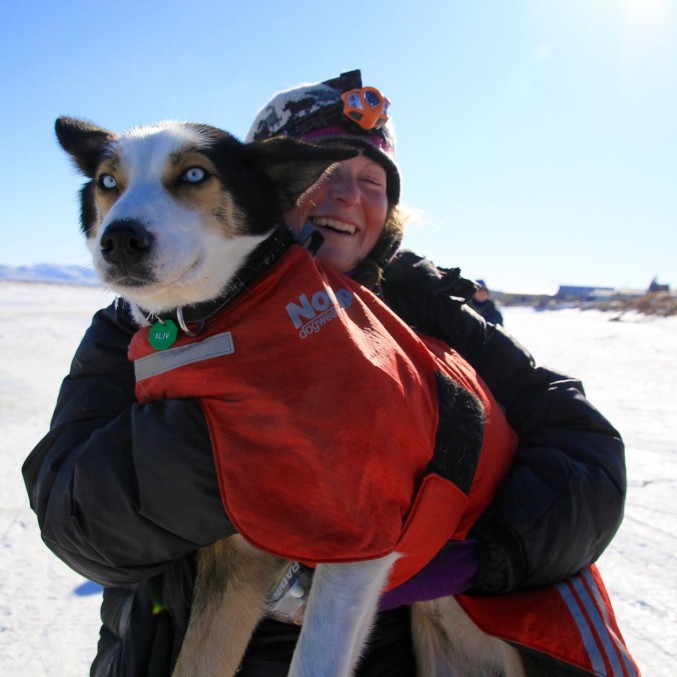 March 16, 2016:  Miriam Osredkar had been in Unalakleet since that morning.  The previous night when she was between the Old Woman cabin and Unalakleet checkpoint, she stopped to change out a couple of dogs.  Another team came by at about the same time.  As the other team passed there was a minor tangle.  Once that was all straightened out and the other team had moved on, Miriam suddenly realized she was one dog short.   Miriam stayed for a while hoping the dog would return.  Finally, she decided to move to the closest checkpoint to get help in searching.  Shortly after, Lisbet Norris, who was coming into Unalakleet from Old Woman Cabin, saw the dog in the trail.  Lisbet, who has a way with dogs and for good measure, a nice big piece of salmon in hand, lured the dog to come to her.  She hooked Tytte to her gang line and brought her to an anxiously waiting and very happy Miriam in Unalakleet.  Happy ending for all!