Primary Source of the Month: April

Something that every Iditarod Rookie looks forward to is “earning his or her buckle.” Each Iditarod finisher is awarded a brass finisher’s belt buckle upon the completion of their first race signaling that they are a rookie no more! In the early days of the race, the Nome Kennel club wanted to do something to honor the achievement of the Iditarod mushers. Richard Burmeister suggested, and consequently designed, the buckle in 1975 and adorned it with an image of his own dog team. Later, finishers from the first two races were also given their buckles. Despite having created the buckle, he couldn’t have one of his own until he too finished the race! Richard went on to run the Iditarod in 1979 and 1982 finishing in 41st place both times.

This year, his son, and second place finisher Aaron, decided to honor his fellow mushers with a special version of the buckle to commemorate the unique challenges of the 2021 Iditarod race. 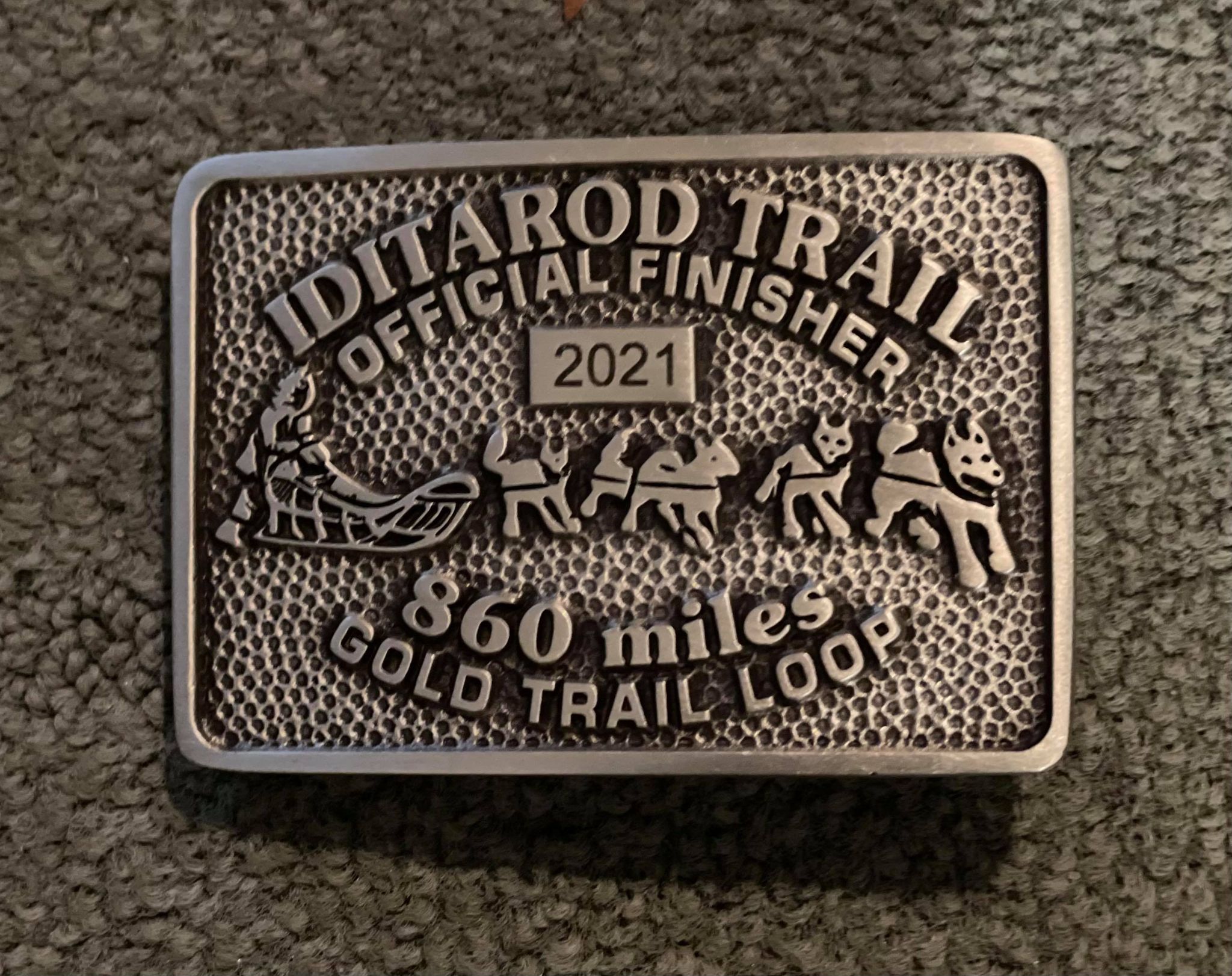 Special thanks to Ryan and Barbara Redington for sharing this image of Ryan’s buckle.
Ryan finished 7th in this year’s race.

Using the Source With Students: