Gypsy here, writing about one of the obstacles that will have to be faced two times during the 2021 Iditarod race.  The dreaded Dalzell Gorge is one section of the trail where sleds can easily be broken.  Mushers often build their own sleds partly to be able to repair any parts that break during rough sections of the trail.  Fix-it kits are important to have on the sled, just in case.  What items would be easy to carry that could fix a sled? 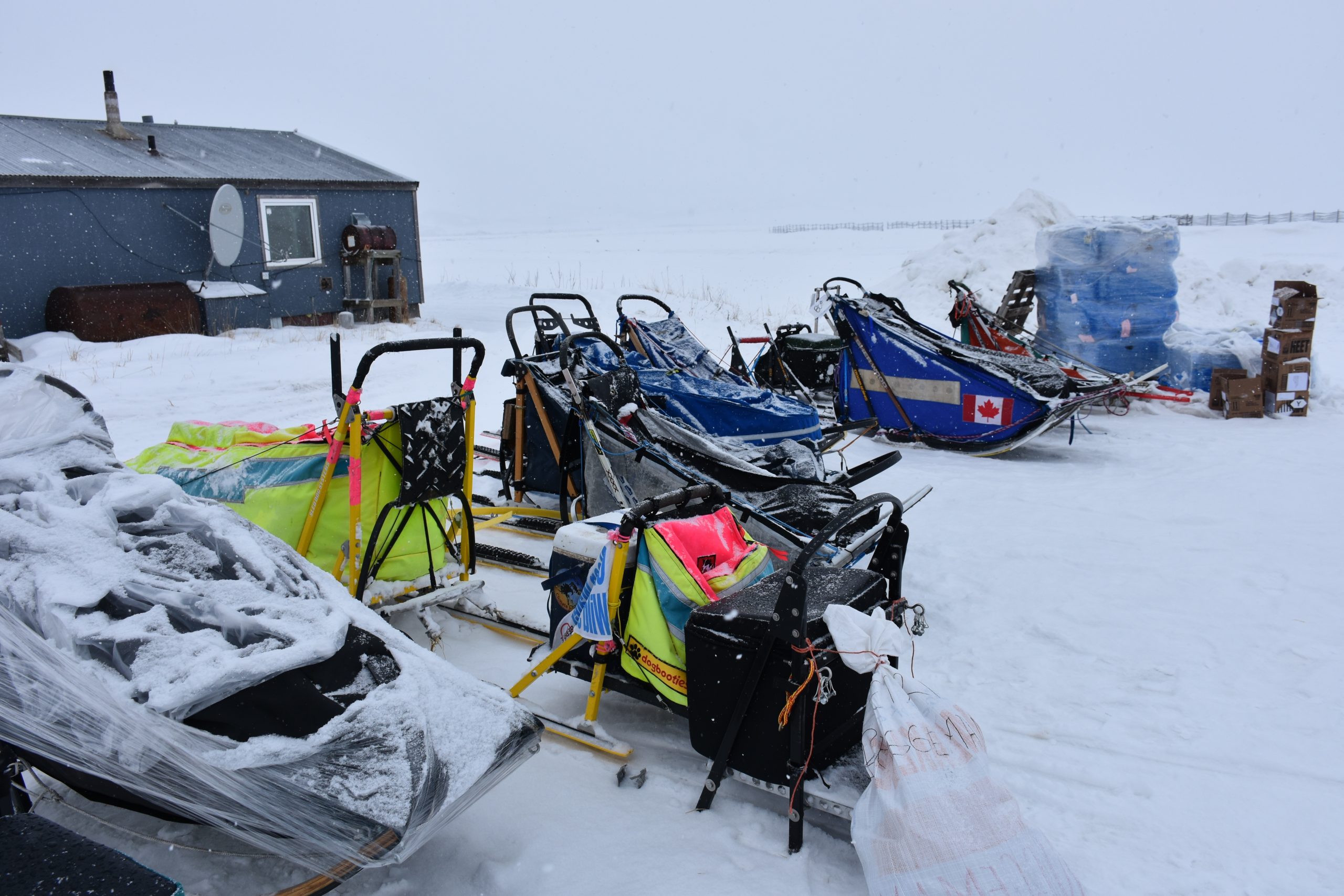 A second sled is sometimes shipped ahead; a musher may want a lighter sled for the end of the race, or have a spare if the first gets damaged.

What is so bad about the Dalzell Gorge?  Take the word gorge to start with.  The dictionary definition is “a narrow valley between hills or mountains, typically with steep rocky walls and a stream running through it.”  Notice the part that says narrow and steep rocky walls.  Can you imagine that, especially descending with dogs and a sled?

There is a steep, 200 foot hill where the teams will descend.  It can be a fun downhill run, but if there is little snow, that is where it can wreak havoc with your sled.  Within the gorge, there can also be slippery ice and some open water.  Teams of snowmobiles, the trail breakers, check it out ahead of time and build wood-plus-snow bridges across places so teams stay safe.

Christian Turner wrote about this section of the trail after running it with his team in 2014:

The chutes were vertical drops that I bashed and bounced my way down ..smashing into trees and rocks as I terrifyingly tried to stay upright and in control. I can remember Dallas’s words clearly before the race, ”Once you pass it you do not have to do it again” …crash bounce slide crunch …. I thought to myself.. I don’t think I will be able to do it again.

But they WILL need to do it again this year because they are running a loop trail.

Until next week, this is your canine reporter,