I hope you are enjoying watching the progress of the teams going down the Iditarod Trail!  The varied landforms and weather on this race make it hard to predict how quickly a team can progress.  Traveling through the Farewell Burn, frozen moguls of snow had formed like speed bumps.  Sled runners broke, sleds tipped over and stuff spilled out.  There were warm times where the snow was like running through mashed potatoes.  As the front runners move onto the Bering Sea coast, the wind is an obstacle!  Blowing snow and the force of the wind can slow down a team.  Lead dogs on the team just forge ahead, even in those conditions. 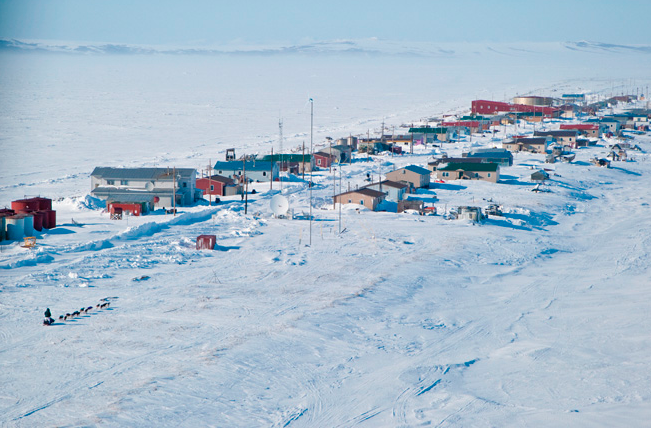 Shaktoolik is flat and open to the winds coming from the coast. [photo credit Iditarod.com]

If you are sitting in a warm classroom today and even if recess is a little chilly, remember the mushers and their teams braving the windy coast of Alaska.  No one ever said the Iditarod was easy.  It’s definitely the opposite!  Many teams will leave Unalakleet, Shaktoolik, and Koyuk, heading into the wind. 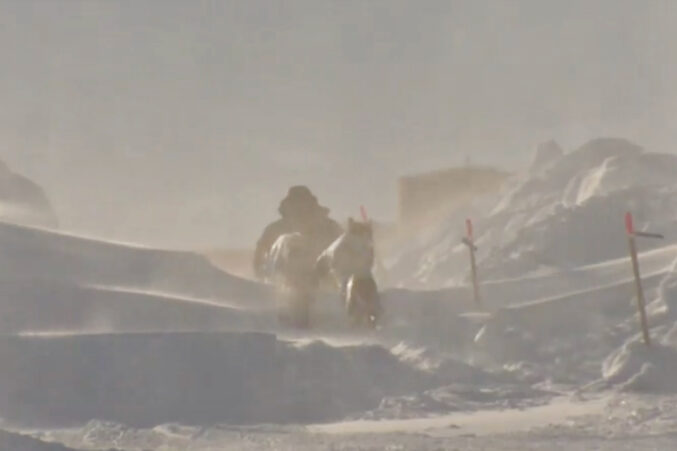