(Imagine this being spoken in the sultry, incomparable voice of the Iditarod Insider’s Greg Heister – at least that’s how I imagine it). “The finish line… what every musher pictures in their mind after they leave Willow and the restart of the Iditarod Sled Dog Race. A mere 1,000 miles through weather and terrain unlike any other on our planet. At the end of this journey is the famed Burled Arch. Hanging from that incredible wood carved beacon is a lantern.”

For the longest time, I have understood this lantern to be the Red Lantern, or at least the lantern that symbolized it. However, the lantern that hangs from the arch is in fact called the “Widow’s Lamp” and serves a very different purpose. As discussed in my last post, the Red Lantern is awarded to the last place finisher, who can usually be seen carrying it across the finish line on their sled. Now that I have learned about the distinction between the two, I have since corrected that when teaching my classes each year. 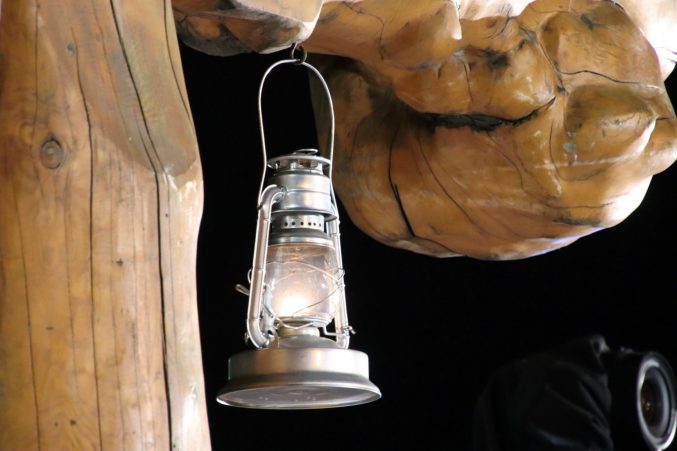 The Widow’s Lamp is a reminder of, and connection to the older days of mushing. It is said to have served a dual purpose. Years ago, roadhouses used to keep a kerosene lantern hanging outside through the night. The first reason was to help light the way for the mail and supply teams still on the trail; to aid them in finding the location of the next stop. The second intention was also to help show others that a team was still on the trail. News of the mushers on the trail was relayed ahead, to have a lamp hanging outside for the weary mushers. The lamp was then blown out once the dog sled team arrived safely. A correlation can be made in this case to the Olympic torch, which is lit during the opening ceremony, and then is extinguished at the closing ceremonies to symbolize the end of the events. The Widow’s Lamp serves a similar purpose in the Iditarod. It is lit when mushers get closer to Nome and is blown out by the final musher to cross the finish line on Front Street. This signals to everyone that there are no more teams still on the trail, and the race is now officially over. 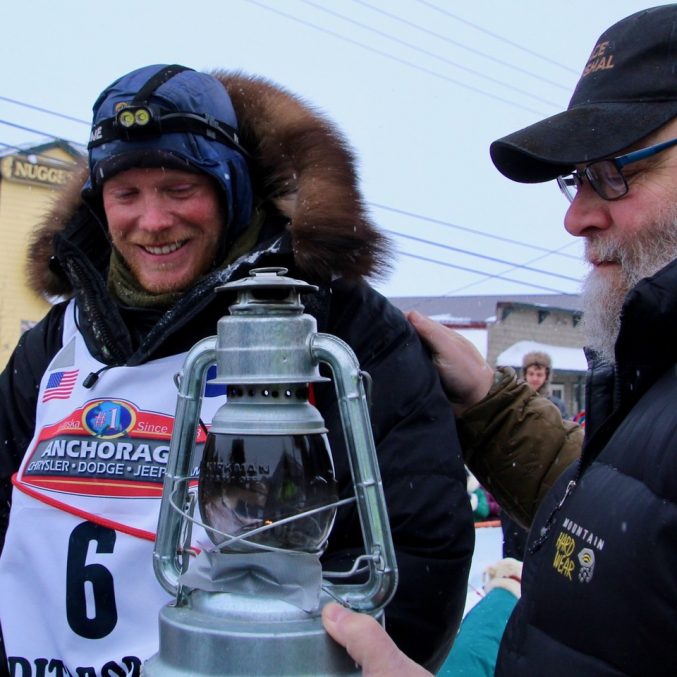 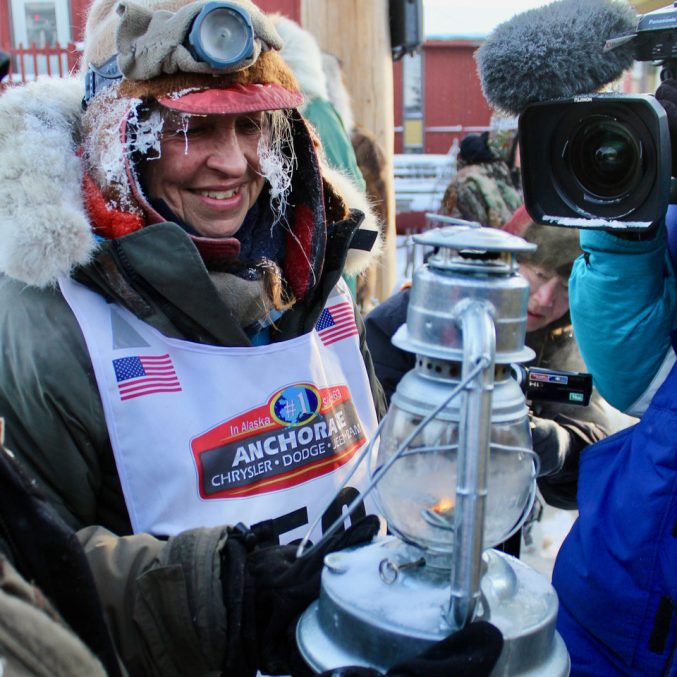 Different from the Widow’s Lamp, the Red Lantern is an award given out to the last place musher to cross the finish line. Most recently, it has been carried across the finish line by Kaci Murringer finishing the 2020 race with the lantern in hand. The Red Lantern began as a joke back in the 1950s at the Fur Rendezvous sprint races. However, when Joe Redington started the Iditarod in 1973, they adopted the award, but with a slightly different twist. As the former mayor of Nome, Robert Renshaw would say, every musher to cross the finish line is a hero. So today, instead of being a joke, the Red Lantern award has become a symbol of grit, determination and perseverance. Usually, the musher is aware they are going to finish last, but instead of dropping out, they push on to finish the race. As teachers and parents, we always teach our kids, to try your hardest, never give up and do everything possible to accomplish your goals. And that’s exactly what the Red Lantern award recognizes in the last place musher each year. 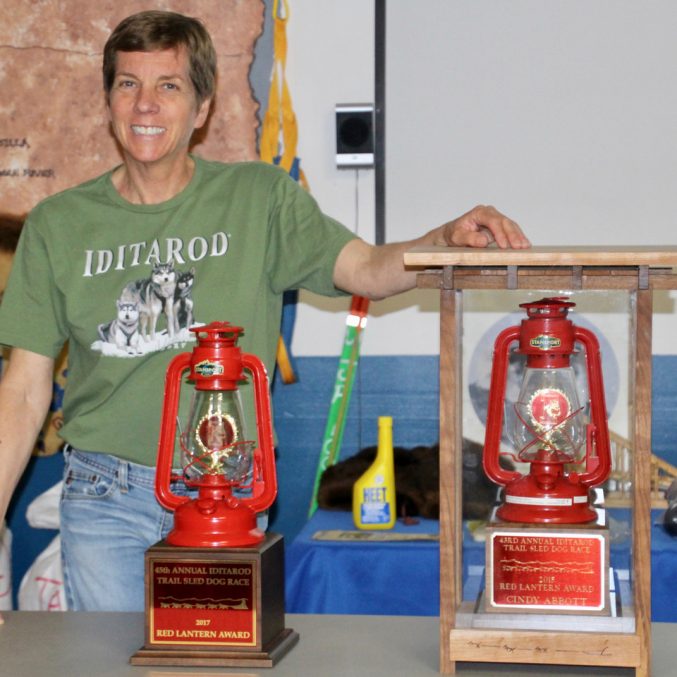 Check out this great insider video of Kaci Murringer at the finish line of the 2020 Iditarod. It shows both the Widow’s Lamp and the Red Lantern, so you can clearly see the difference between the two. https://iditarod.com/race/?vid=372808

Read more about the Widow’s Lamp and the Red Lantern here! https://iditarod.com/zuma/red-lantern-and-the-widows-lamp/

Teachers: Check out this lesson about building your own “Burled Arch” from former Teacher on the Trail, Jen Reiter. You can even try to hang a Widow’s Lamp from it! Finish-Line-Design-Challenge