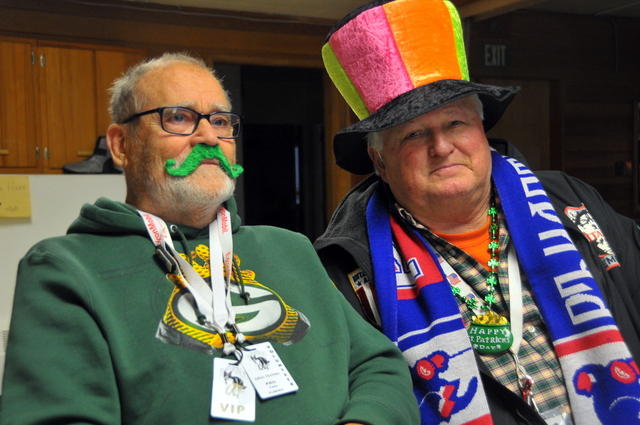 Last night culminated the 2015 Iditarod with the annual Iditarod Volunteer Potluck at the Millennium Hotel. Several volunteers gathered together to enjoy conversation, stories, pictures, and fun for a final time before everyone packs up and heads home for another year. There is no mistake, though, the Iditarod is one massive family. There are approximately 2000 volunteers who make up this large family.

Several volunteers have been around since the beginning and several are rookies. Either way, everyone feels a part of this family. Without the many volunteers, this race definitely could not happen. The Iditarod is a year-round job, a job which relies on volunteers. Some volunteer year-round, some a couple of months, and some just during the race. No matter how long one volunteers, each is critical for the race. 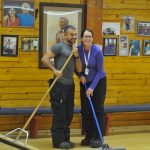 Mopping up at the checkpoint 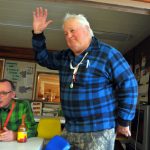 A bulk of the volunteers only see each other once a year, during race time. Once reunited, the volunteers pick up right where they left off the year before, just like family. Wonderful, lifelong friendships are created because of the Iditarod. I experienced this myself before the race, along the trail, and after the race. I witnessed the many friendships and family like atmosphere along the trail. I was welcomed into the family immediately and will forever be part of this family. 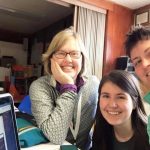 Martha, Grace, Me – in Nome 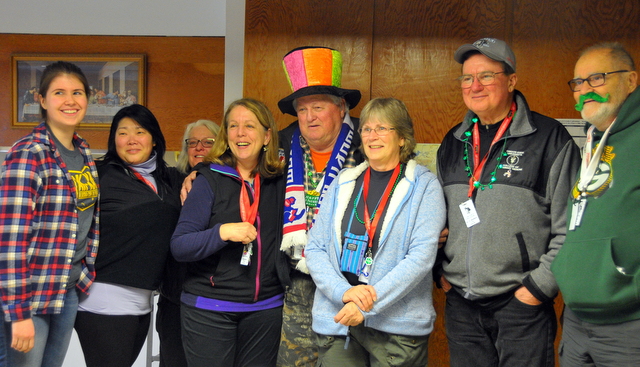 Some awesome volunteers in Nome