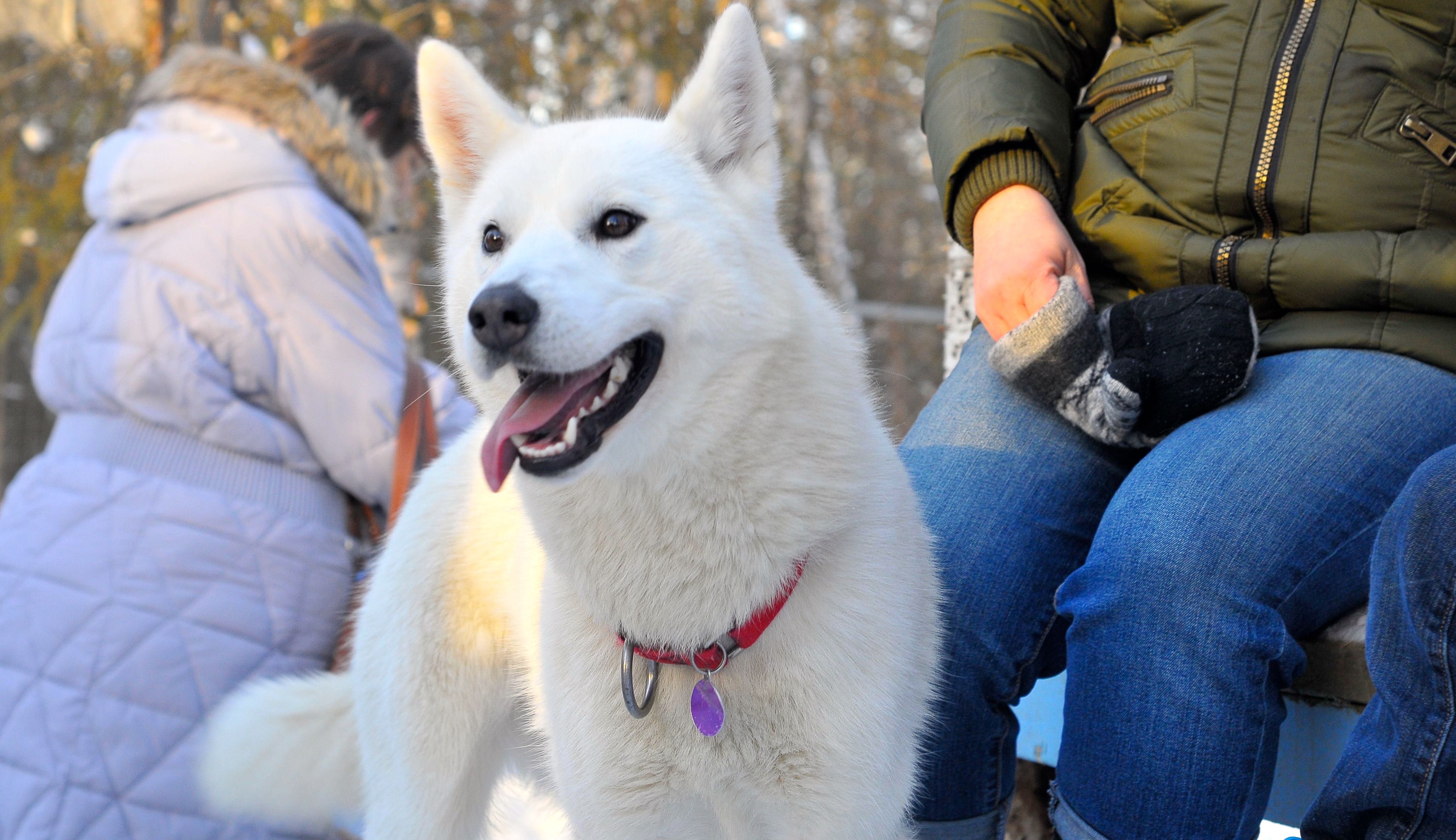 We last left Lance Mackey with his dogs in Iditarod. This week we will be continuing our journey and meeting up with 2011 Iditarod Teacher on the Trail™, Martha Dobson, in Shageluk. Before we meet up with Martha we have about 65 miles of hilly ground to cover. This journey will take mushers between 7-10 hours to complete. Much like the trail from Ophir to Iditarod, it will be very lonely and quiet; no people, no cabins, very ghost like.

When the trail leaves Iditarod, mushers will head north on the Iditarod River for a little while. This section of the trail isn’t all that difficult, only hilly. Some of the hills climb about 500-1000 feet, which can make the downhill pretty tricky. Many sections of the trail can be tight, but the closer the mushers get to Shageluk, the wider it gets. Mushers will cross several rivers along the way, two of them being the Little Yetna and the Big Yetna Rivers. As the mushers close in on Shageluk they will be climbing out of a deep slough. They will see Shageluk sitting up high overlooking the Innoko River. Once they arrive on Main Street, they will be at the checkpoint. 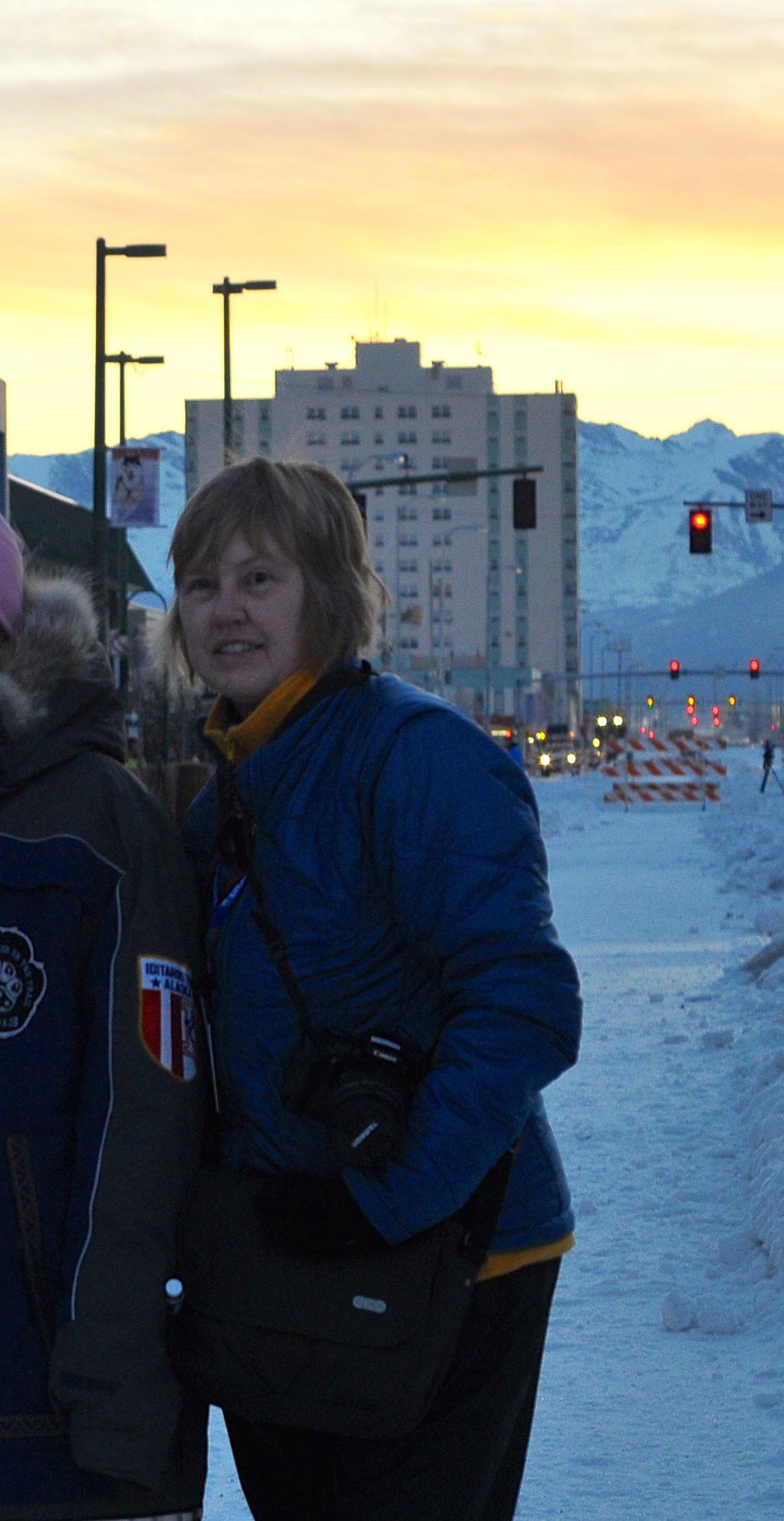 Martha Dobson volunteered as a Comms (Communications) volunteer in 2013. Martha flew into Shageluk with one other Comms volunteer and a vet just before the weather turned bad. They landed on the Innoko River and had a short walk up to the community center. Besides Martha, there are two other Comms volunteers, three vets, and a race judge that man the checkpoint in Shageluk. The Comms volunteers in Shageluk work as checkers, park dog teams, cook food, check teams out, provide weather reports, send reports to headquarters, and complete other communications responsibilities as they come up.

The first thing Martha and the other Comms volunteers do is establish communication with headquarters at the Millennium Hotel in Anchorage. This is quite the interesting process. They have to connect a rural broadband modem for Internet service. They use LAN cables and power cords. They zip tie the modem to a pole and stand outside holding and rotating the pole while trying to find a connection. Once the connection is established, the pole is stuck in a snow bank next to the community center. Now they are ready to communicate through email. At one point in 2013 they lost their Internet connection for about 6 hours. When this happens there is a phone available at the community center and all check in/out times are called in the old school way. 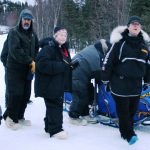 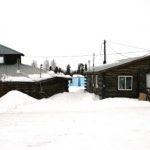 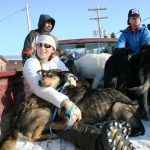 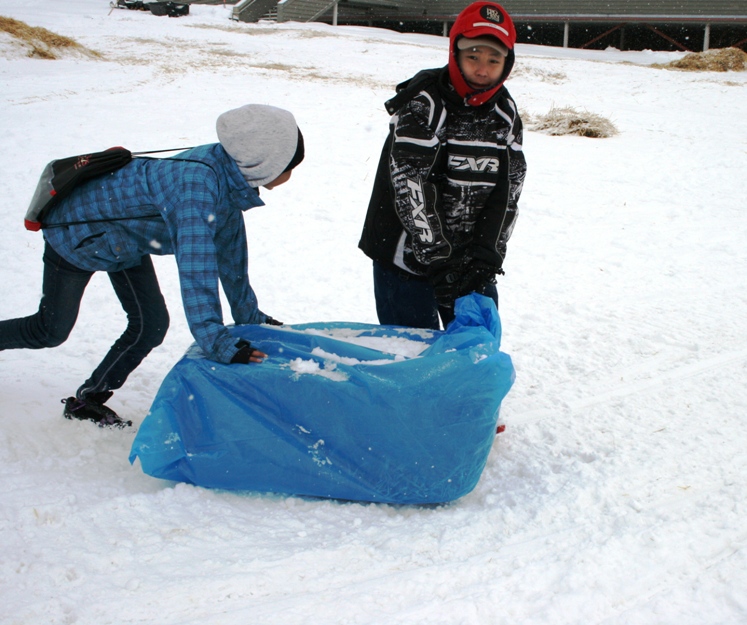 After establishing their Internet connection they met with the villagers to begin sorting the musher drop bags. The drop bags had been delivered earlier by air. One of the village elders was in charge of the organization of the bags and two of his grandchildren helped out. Martha’s next job was to take a toboggan sled to an elder’s home where the frozen food was being stored for the volunteers. She brought some food back to the community center for a few meals. She would return as needed. The volunteers would take turns cooking the meals, sleeping on the floor, checking teams in and out, and manning the computer. According to Martha, there is not a lot of time for sleep. The checkpoint in Shageluk was open for 4 ½ days in 2013.

After the last musher goes through, the checkpoint closes down. The volunteers clean up the building, rake the used straw, and pack the remaining food. The remaining food is given to the village elders to distribute to the people of the village. In addition to the people food, the leftover dog food is given to the village. Finally, once notification has been emailed that the last volunteers’ flight is on its way, they take down their broadband modem.

Martha’s highlight of working in Shageluk was meeting Mikhail Telpin of Russia. She thought his Chukchi dog team was beautiful. Since he doesn’t speak English, they communicated with him through sign language and drawing pictures in the snow.

Martha and the last vet rode five miles behind a snowmachine to the airstrip to catch their flight. They are heading to Unalakleet to volunteer at this checkpoint. The mushers will leave Shageluk and head to Anvik. Maybe we will run into Martha in Unalakleet.

Read more about the village of Shageluk in Virtual Trail Journey.

Read more about the trail from Iditarod to Shageluk in Don Bowers Trail Notes.

Ideas for the classroom:

1. Look at the picture above of the volunteer with the dropped dogs. What do you think the dog laying on the volunteer’s lap is thinking? Write a short paragraph from the perspective of the dog.

2. How many checkpoints are between Shageluk and Unalakleet (Martha’s next stop)? Name the checkpoints.

3. According to Don Bowers, as the mushers head into Shageluk they will be climbing out of a deep slough. “Shageluk is on the far side of the slough, perched on high ground overlooking a wide curve in the southward-flowing Innoko River climb up out of the slough.” Draw a picture of what you feel this scene looks like.