Today was the Ceremonial Start of the 2020 Iditarod in downtown Anchorage. I arrived in downtown several hours before the start and was able to enjoy the sights and sounds of the musher’s preparing.  Trucks, equipment, and dogs lined 4th Avenue and many of the side streets. I walked along listening to the sounds of the dogs excitedly barking and howling.  As the lines, harnesses, and booties came out, you could feel the excitement in each dog. And when the time came for them to be harnessed up and clipped in, it was like an explosion.  The dogs were pulling and jumping as if to say, “Can we go now excitedly! Now! Please! Please!” When the time came for them to run, they were ready! 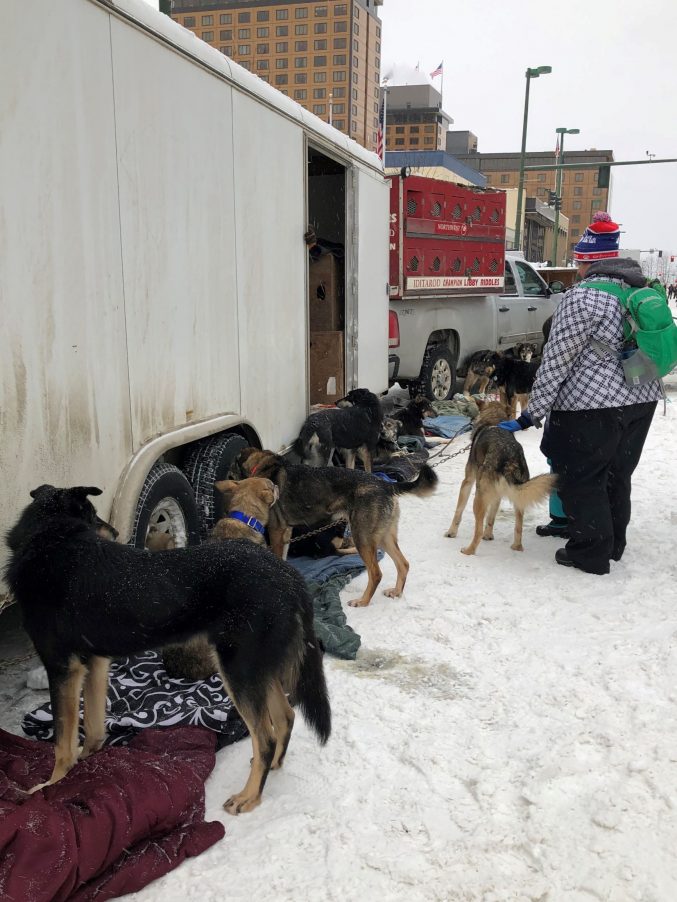 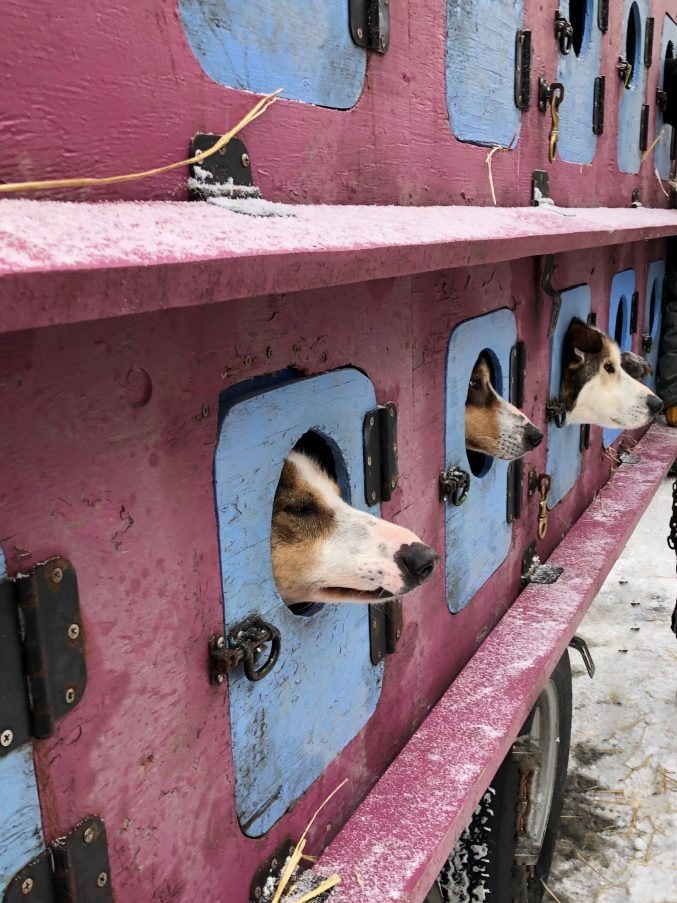 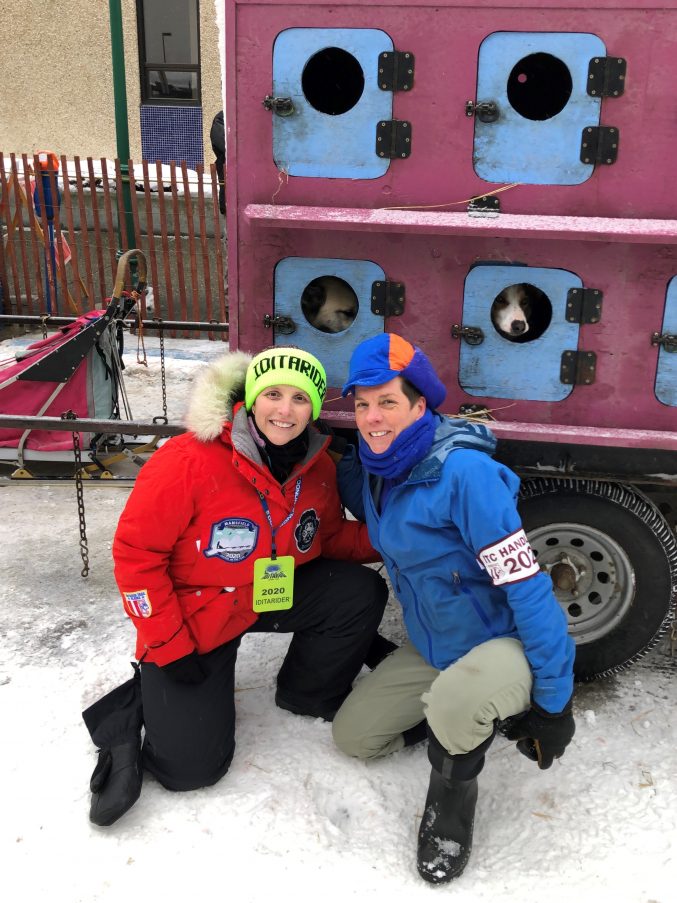 The Ceremonial Start of the Iditarod is held on the first Saturday in March in downtown Anchorage.  The musher’s start at 4th and D and run for 11 miles to Campbell Airstrip. During this run, mushers’ also carry an Iditarider in their sleds.  Fans can bid to be an Iditarider each year.  This exciting event draws thousands to downtown Anchorage each year! 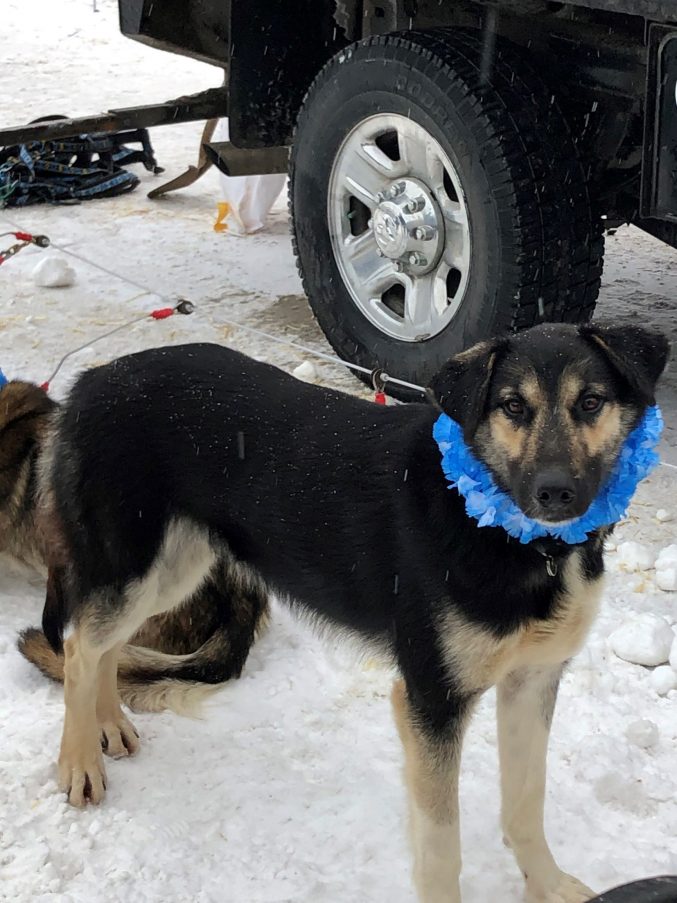 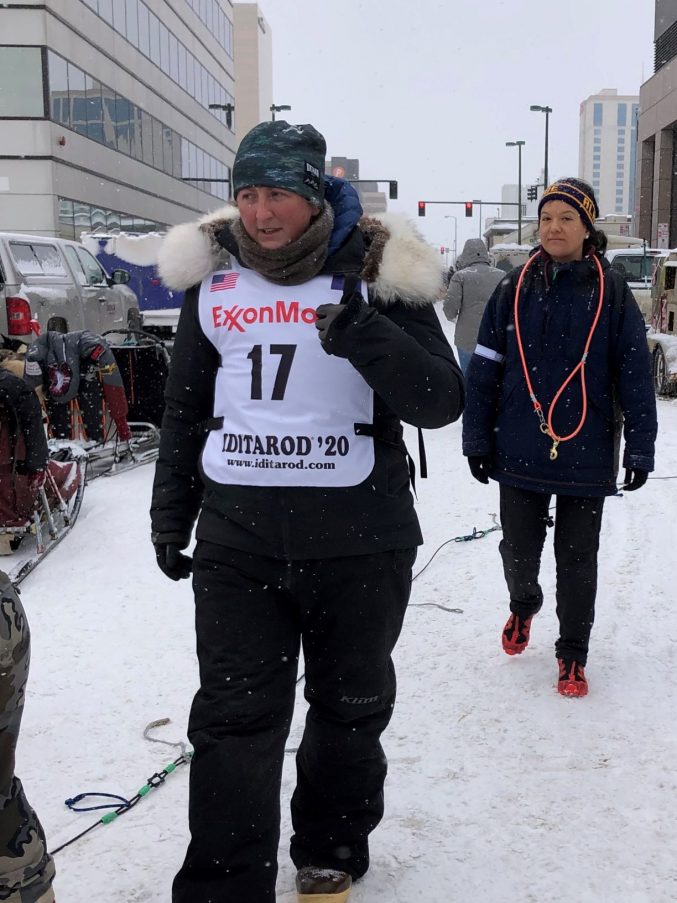 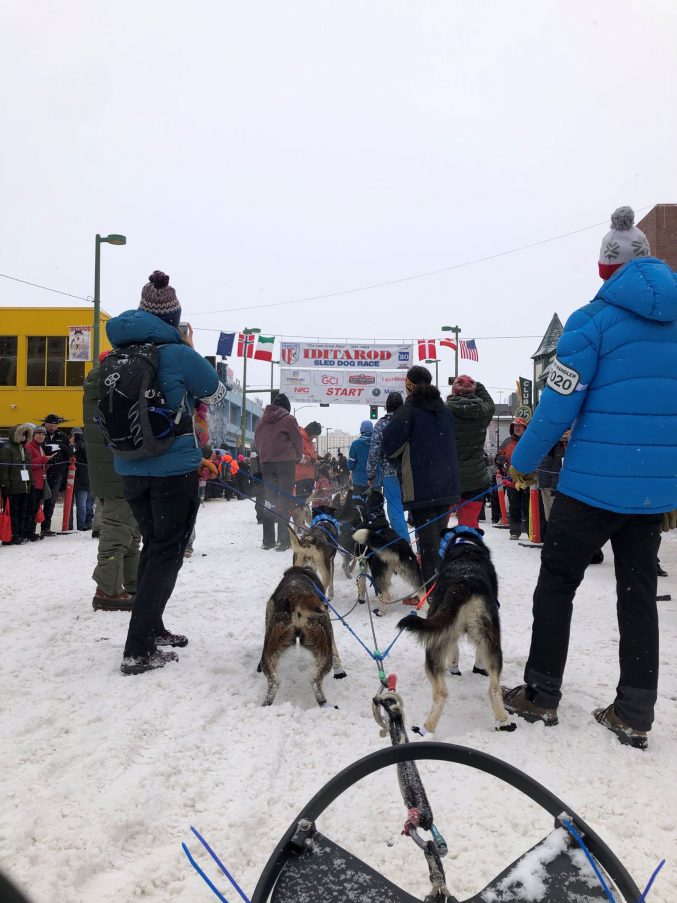 Heading towards the start!

This year I was lucky enough to ride with bib number 17 Gabe Dunham.  It was an amazing 11 miles!  I could feel the energy and excitement not only from the dogs but from the fans cheering Gabe on as we made our way to Campbell Airstrip.  The fans had tailgates, cheered, passed out hotdogs and lunch bags filled with treats.  It was an awesome celebration for the mushers before they start their journey tomorrow towards Nome. 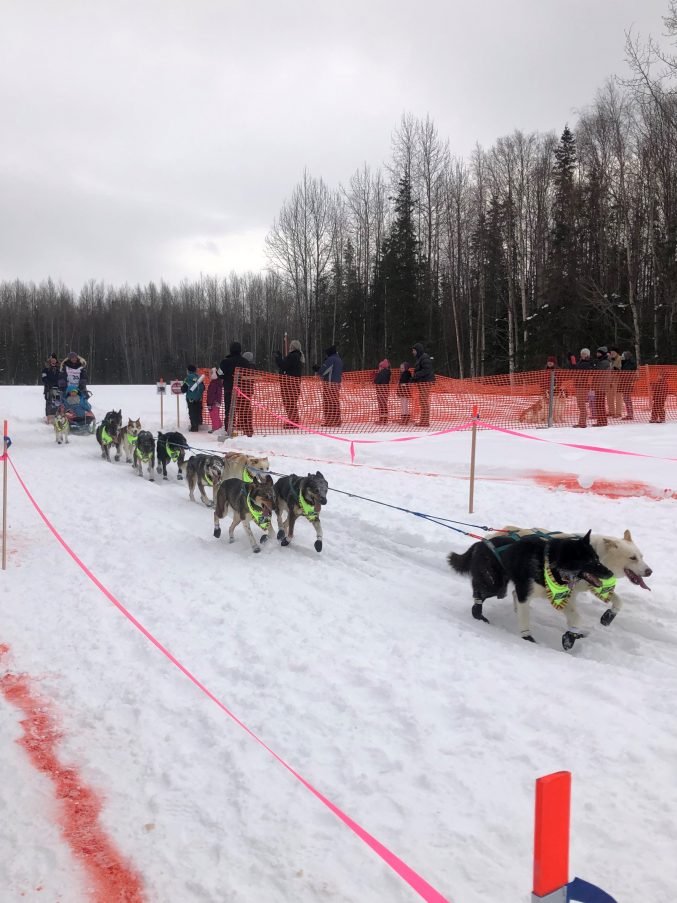 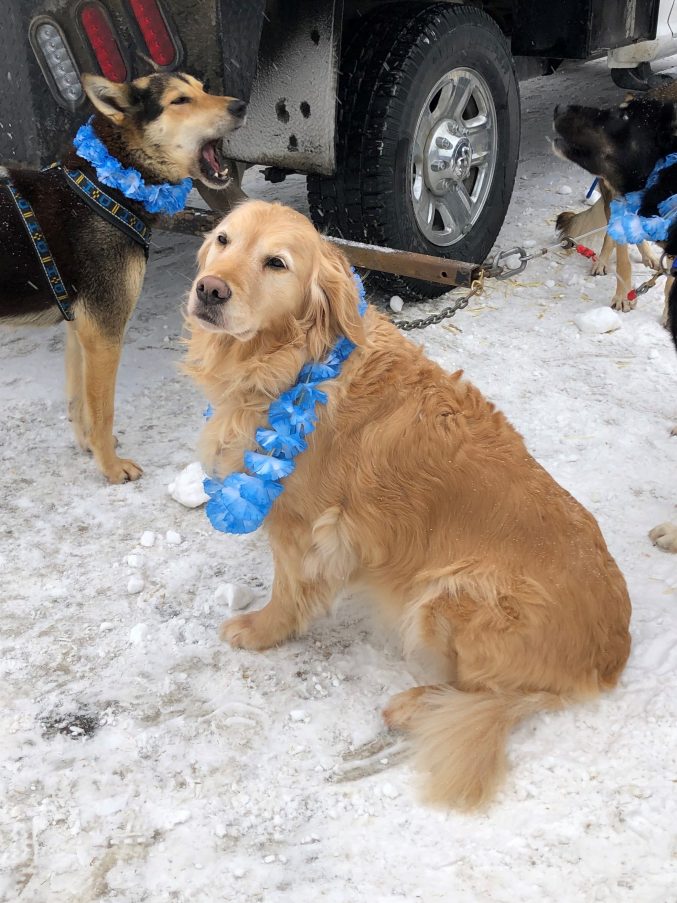 Who was the author? Gary Paulsen!  Gary Paulsen is the author of the Brian series, including Hatchet, Dogteam, Winter Dance, and many many more!  Gary’s first Iditarod was in 1983.  He finished his rookie race in 17 days 12 hours 38 minutes and  38 seconds.  He attempted the Iditarod in 1985 and 2006 however did not finish.

Which mushers were invited to Washington DC for President Reagans Inauguration? Stay tuned..