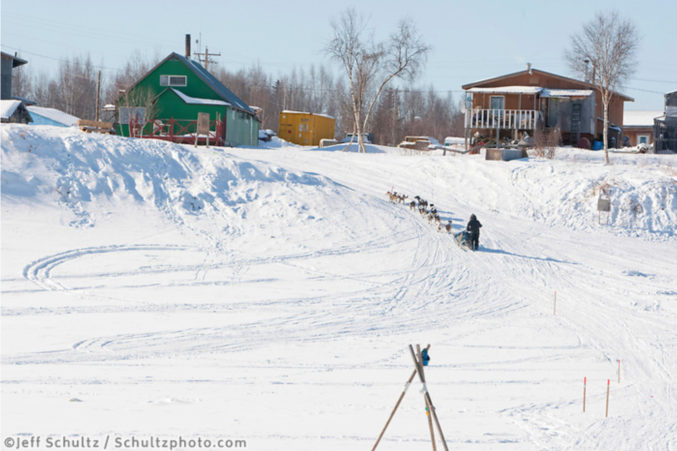 The village of Kaltag is perched high on the west bank of the Yukon River.  Teams will make a short steep climb up the river bank and run down main street to the octagonal log community center in the middle of town.  After sledding for many miles on the Yukon, mushers are happy to depart the windy wide open river where they have seen plenty of islands, sandbars, sloughs bluffs and riverbends.  They will find water and even a real toilet in the pump house located just a short walk from the checkpoint.  It’s good to be thankful for ordinary things! 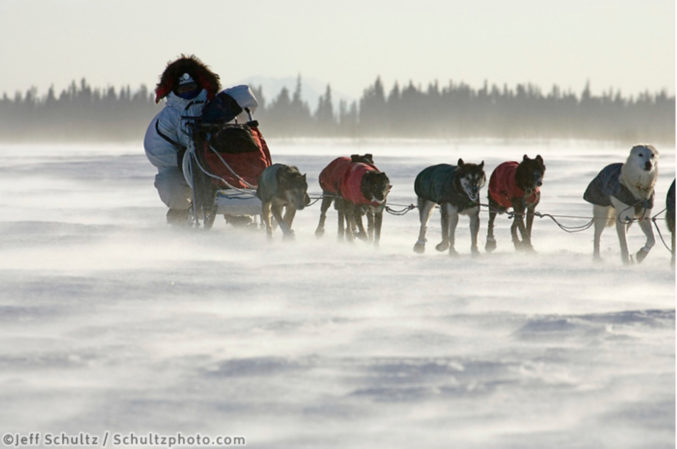 If you happen to have a map of the Iditarod Trail handy, check this out.  In Trail Notes, Don Bowers, Jr. says that the original Iditarod Trail never ran on the Yukon River except to cross at Kaltag.  The original mail and gold rush supply trail went directly from Iditarod to Kaltag across the marshy Innoko River Valley.  I asked Handler why Iditarod teams don’t follow the same trail today.  It’s because the ITC wants the trail to be as close to 1,000 miles long as possible.  The direct route between Iditarod and Kaltag would fall far short of that distance.  The area along the direct route is also extremely desolate so it’s nice for the racers to travel the northern or southern route that passes through populated villages. 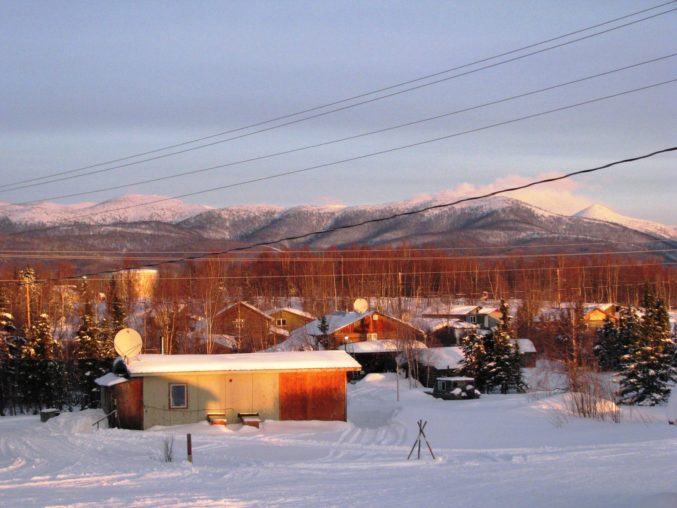 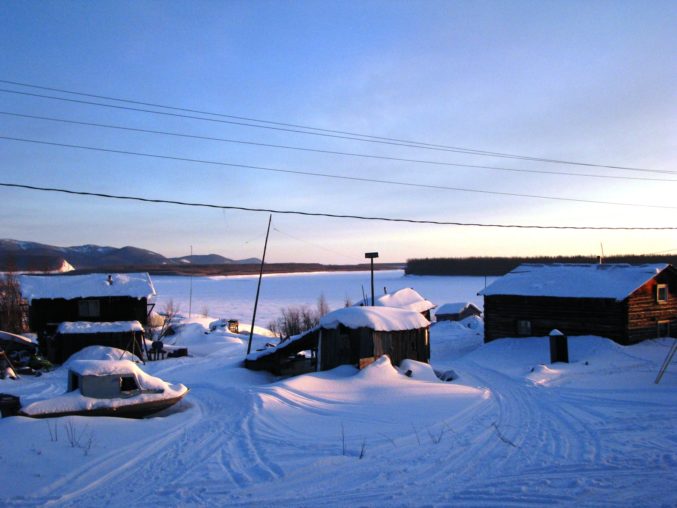 Kaltag is an Athabascan village that sits at the inland end of an old portage trail that runs west from the Yukon River through the mountains to Unalakleet (YOU-na-la-kleet) on the Bering Sea.  Athabascans had spring, summer fall and winter hunting and fishing camps in the area and moved according to where the game or their food source was.  In 1880 a trading post opened and then a few years later gold was discovered.  Between 1919 and 1940, the Galena lead mines were prosperous.  Kaltag, 100 miles downriver, grew as a transportation hub.  Kaltag was named for a Koyokon man, Kaltaga.

Sadly, disease and death have played a great role in Kaltag’s history.  Originally, Kaltag was an area used as a cemetery for surrounding villages.  In 1839 a small pox epidemic killed many of the natives and traders in the area.  Then in 1900, a measles epidemic and food shortage wiped out nearly a third of the area’s population.  Then the survivors from 3 nearby seasonal villages decided to band together and form a new village – Kaltag. 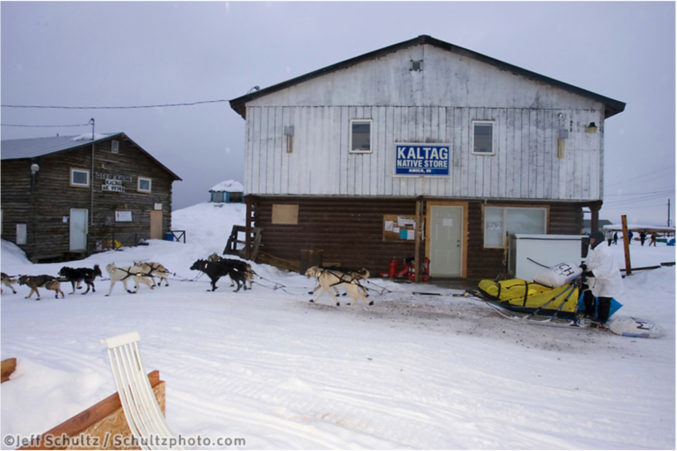 Today the population of Kaltag is 207.  Forty-five students attend the Kaltag School in grades Pre-K thru 12.  Subsistence is a way of life for the villagers.  Folks fish, hunt and gather.  Abundant area resources include salmon, whitefish, waterfowl, moose, bear and berries.  Some people in the village have cash jobs with the school, tribe and local government.  Others work as fire fighters or in the commercial fishing industry.  There are no roads connecting Kaltag to other villages but people travel locally by ATV, snowmachine or boat.  Kaltag has year-round air service and barges deliver heavy cargo three times a year.  Temperature extremes in Kaltag have been recorded from 55 degrees below zero up to 90 degrees.  Otherwise, highs in July will be in the 70’s and lows for January will range from 10 degrees to well below zero.  Annual precipitation is 16 inches with just over 6 feet of snow expected each year.  The river is open from mid-May to mid-October.

Besides being the meeting point of the northern and southern Iditarod routes and serving as a checkpoint every year, Kaltag is known for its Stick Dance Festival.  Every two years, this week long festival of potlatches is organized by relatives of people who have recently passed away.  Handler and I went to Wikipedia and found that a Potlatch is a gathering with feasting, speeches, music, singing, acting, dancing, gifting and spiritual ceremonies. Sounds like quite a celebration!  Visitors from many neighboring villages come as the living express their appreciation to those who helped in their time of mourning.

Well, there you have it – Kaltag then and now including the famous Stick Dance Festival.  Next, we’re virtually headed to Unalakleet located adjacent to Norton Sound of the Bering Sea.  Stay tuned and remember – in everything do your best every day and have a plan.