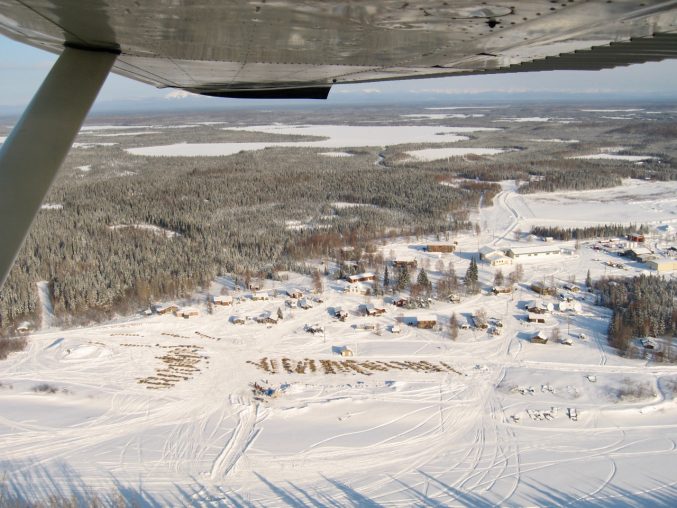 Aerial View of Nikolai Checkpoint with teams parked next to the Kuskokwim River.

Upon descending the Alaska Range, the mushers have reached the interior of Alaska.  The Interior is noted for its own weather pattern.  In the winter it can be very cold and usually snow is plentiful.  While it can be windy, the interior isn’t known for the howling winds of the Bering Sea Coast or Yukon River.  Nikolai is the first village on the Iditarod race route.  The Athabascan Village with a population of 88 is situated on the south fork of the Kuskokwim River. 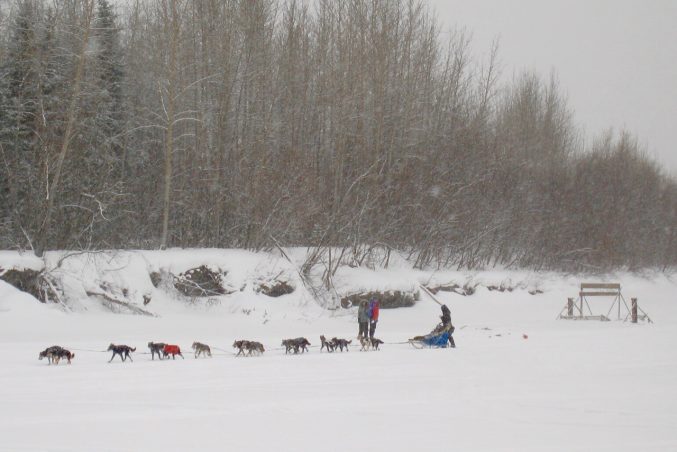 Checkers await teams on the Kuskokwim River outside the Nikolai checkpoint.

During the gold rush a trading post and roadhouse were located here on the Rainy Pass Trail that connected the Ophir Gold Mining District to Cook Inlet.  Today Nikolai has a store, a school, a community center, a church and an airstrip.  People, supplies and mail get to and from Nikolai by either air or water except during Iditarod when dog teams and snowmachines are plentiful.

Summer temperatures in the area range from 40 to 80 degrees but in the winter it can get mighty cold with temperatures ranging between 30 degrees below zero and 30 degrees above.  They have about 16 inches of precipitation each year including about six feet of snow.  The Kuskokwim River is usually open from June through October for boat traffic.

Many people who live in Nikolai live a subsistence life style.  They grow their own vegetables; pick berries; hunt caribou, moose and rabbit and fish for Salmon to put food on their table.  Some folks earn money by trapping and selling handicrafts.  In the summer many folks work construction. 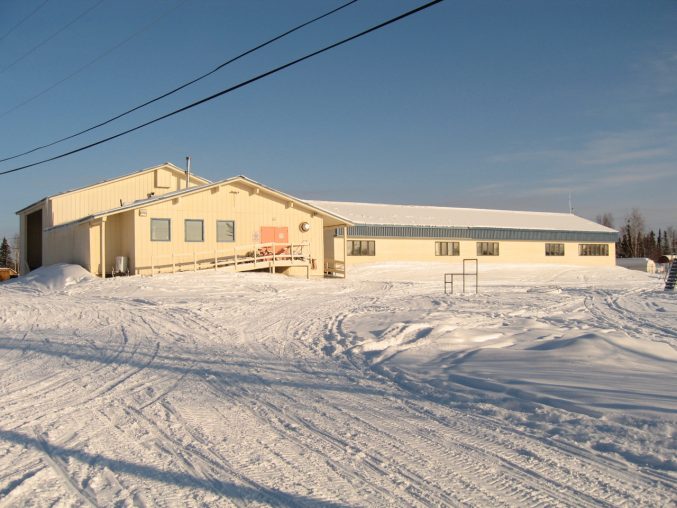 The school has a media center, gymnasium, locker rooms, kitchen and two classrooms – one for the kindergarten thru sixth graders and one for the seventh thru twelfth graders.  During the race, the students are on vacation.  The mushers can get food from the school kitchen and sleep in the gymnasium. The media folks use the Internet in the media center to send their stories.

I could tell that Handler really liked Nikolai – the villagers, students and teachers were very friendly.  While eating at the Community Center, the villagers told stories about their childhood and their ancestors and the mushers told stories about their experiences in the Farewell Burn.  The menu at the Community Center was very familiar – cheese burgers and French fries for lunch and supper – eggs, bacon and hash browns for breakfast.  Many of the villagers, adults and children, gathered at the checkpoint to socialize, meet the mushers and see the dog teams. 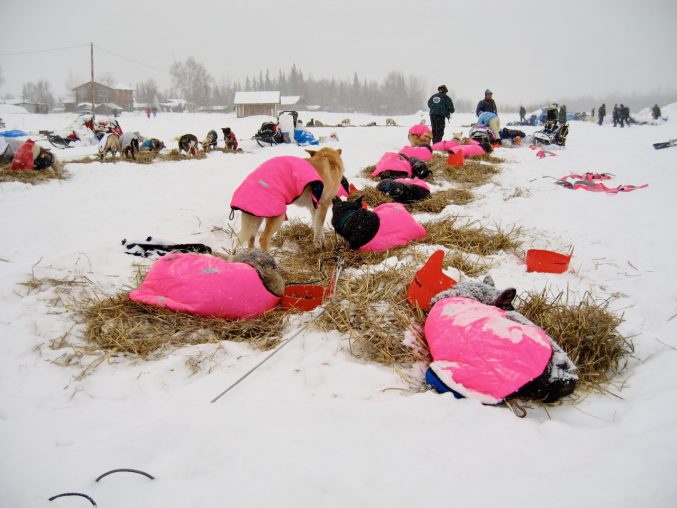 Back a couple of years, two teachers and eight students, decided to ski from Nikolai to McGrath, a distance of 54 miles.  It was outdoor education at its finest.  They trained during the school year for the journey that would take place in March.  Nearly every aspect of their schooling that year was focused on the ski expedition.  For example, after researching how to dress and eat for success, they created brochures explaining what they had learned.  Parents supported the trek by toting tents, food, sleeping bags and gear via snowmachine.  Parents set up the canvas wall tents for the kids and also helped cooked.  The ski trek took five days and four nights.  Everyday, the students participated in lessons designed specifically for the journey. 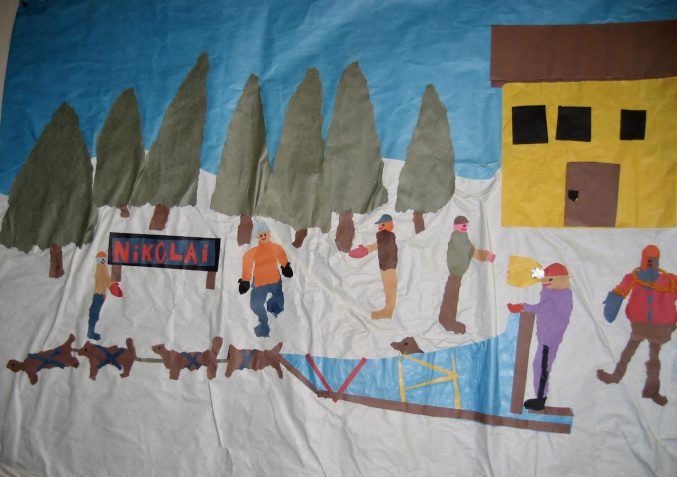 Well there you have it – a glimpse of what life is like in Nikolai today and a little historical information.  By the way, Martin Buser named one of his sons Nikolai and the other Rohn – how cool is that to be named after a village or checkpoint on the Iditarod Trail!  Next Handler is going to tell us about the village of McGrath.  Stay tuned for that story and remember – in everything do your best everyday and have a plan.