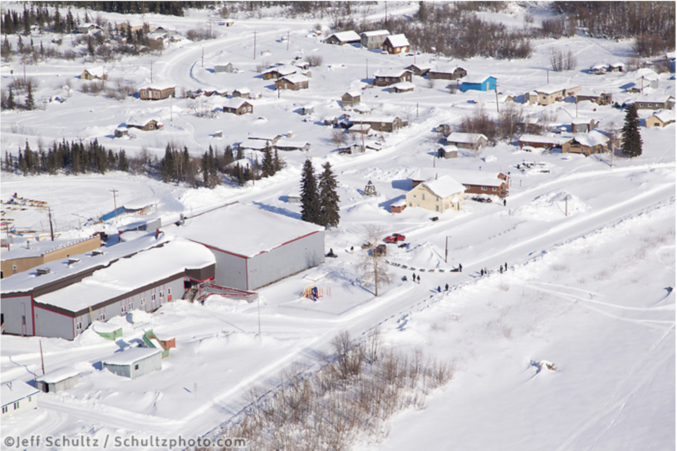 The village of Nulato (nu-LAU-toe) is situated on the mighty Yukon 52 miles down river from Galena.  Well before the town was incorporated in 1963, Athabascans from the interior and Eskimos from the coast met at Nulato for trading.  After the Russian explorer Malakov arrived in the 1830, an actual trading post was built.  The trading post was burned to the ground twice over trade disputes.

As contact with the outside world increased through missionaries, explorers and gold prospectors so did disease.  Smallpox in 1839 was the first epidemic to wipe out large numbers of the native population followed later by food shortages and measles.  Our Lady of Snows, a Roman Catholic school and mission was completed in 1887 and many of the area natives moved into the village.  The influence of the mission continues today as most Nulato residents call themselves Roman Catholics.   The post office opened in 1897. 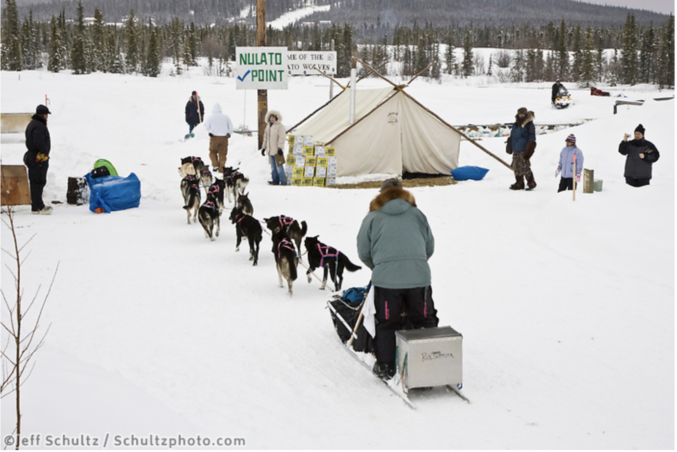 At the peak of the gold rush, there were 46 steamers that navigated the Yukon. When the river was ice free, a couple of ships each day would stop at Nulato to purchase wood to fire their boilers.   The gold was depleted by 1906 and the miners moved on but the Athabascans and missionaries who called Nulato “home” stayed.

Currently there are two Nulato town sites that nearly 300 residents call home.  Nulato has a school, a store and a clinic.  They have diesel-generated electricity and like most bush villages, they are connected to the outside world by telephone, television and Internet.

Most people living in Nulato are of Athabascan descent and live a subsistence lifestyle.  Food sources include salmon, moose, bear, small game and berries.  Many families travel to fish camps during the summer.  In the winter, trapping provides some extra income.  Residents have year around jobs with the city, tribe, school, clinic and store.  During the summer, some folks work at construction, fish processing and fire fighting. The village has a newly renovated airport otherwise the river is the number one mode of local travel – boat, skiff and barge when it’s ice free then snowmachines, ATVs and other vehicles when it becomes an ice road. 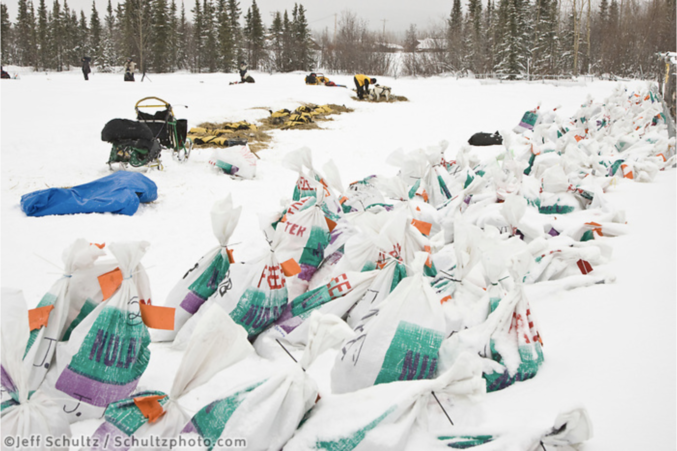 The best way to describe the weather at Nulato is to copy and past from Ruby and Galena.  Average highs in the summer are in the lower 70’s and average lows in the winter are below zero.  Extreme cold often settles in the area for days on end.   The hottest temperature ever recorded in Nulato is 90 and the lowest is a frigid 55 below and that doesn’t include wind chill.  Average precipitation of nearly 16 inches includes over 6 feet of snow.

When resting in Nulato, teams spread out on the baseball field behind the local school.  The school is named after a local resident, Andrew K. Demoski.  The school serves 47 students in grades PK, K-12.   The school (home of the Wolves) is located on Front Street overlooking the Yukon River.

Nulato and Kaltag share a time honored tradition of the Stick Dance.  Much like the Iditarod alternating between the Northern and Southern Route, Nulato hosts the Stick Dance then the next Stick Dance is held in Kaltag.  The week-long traditional event allows the grieving survivors to focus on memories while receiving the support of the community.  It is a valuable ritual to aide in letting go and moving forward.

From Galena to Nulato and then to Kaltag, teams continue on down the icy Yukon.  The run can by frigid and windy and may include the usual river hazards – overflow, rough ice, drifts and open water.  It’s best not to venture off the trail.  About halfway to Nulato, mushers and dogs welcome a change in scenery as the Nulato Hills, a mountain range to the west, rise to 1,000 feet in elevation on the right shore of the river.