How do you say Shaktoolik?  I’m not sure if I’m saying Unalakleet correctly and how cold does it get in Unalakleet?  What about Koyuk?   I get these types of questions on a regular basis.  Seems like it might be useful to create a guide with pronunciations and pertinent information for teachers and students.  So in my spare time between classes at Lead Dog University, I did lots of research to create a short and sweet reference guide.  This isn’t a complete list of all the Iditarod checkpoints but pronunciations and quick facts are provided for the ones that are most difficult to pronounce. 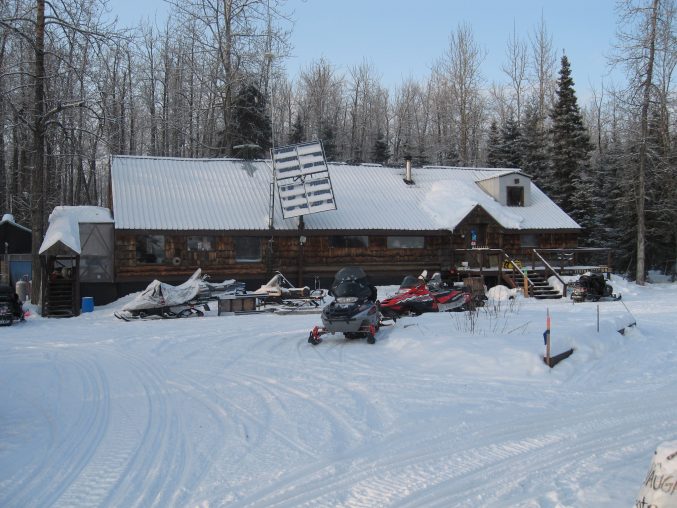 Yentna Station Roadhouse (YENT-NA) – Population 8 is located at mile 53 of the Iditarod route. The roadhouse, operated by the Gabryszak family, is open year round for recreation enthusiasts. Access is by air or boat during the summer. In the winter access to the roadhouse is by ski plane, snowmachine, dog team, skies, bikes or snowshoes. The roadhouse is the only checkpoint used for both the Iditarod and Junior Iditarod.

Skwentna (SKWENT-na) – Population 37 is located at mile 83 on the trail to Nome. January temperatures range from -30 to 33 while July can vary from 42 to 83 degrees (F). Annual precipitation averages 28 inches with 70 inches of snowfall. The community is spread over a great distance with most homes used seasonally. There is no road access so residents depend on air, boat and snowmachine for travel. At one time there was a school but as the population declined, the school closed.

Rohn (ROAN) – Population 0 is the gateway to the flatlands and cold temperatures of the interior. This marks mile 188 of the trail.  Mushers have put the Dalzell Gorge behind them and no look forward to the farewell Burn.  Back in the gold rush days, the Rohn Roadhouse served the mushers and dog teams carrying mail on the original Iditarod Trail.  Today the checkpoint is located at the Rohn Safety Cabin put up by the BLM (Bureau of Land Management) for travelers to use. 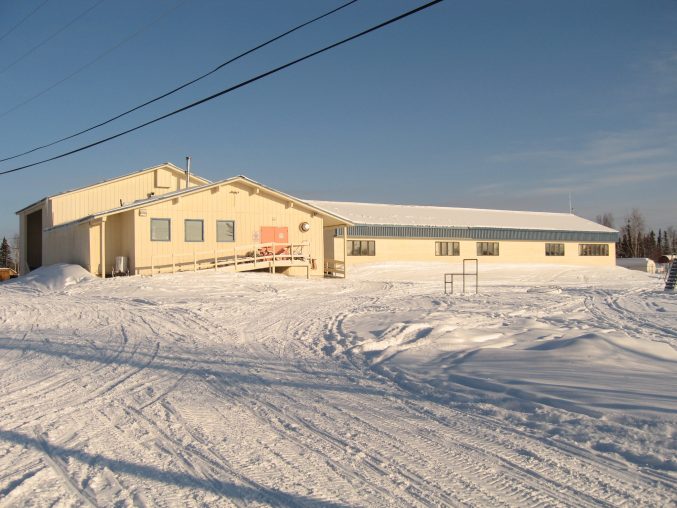 Nikolai (NIK-o-lie) – Population 88 is located 263 miles from the start. Nikolai is the first village on the Iditarod trail.  During the gold rush, a trading post and roadhouse served miners and suppliers traveling to Ophir.  Average summer temperatures range from 42 – 80 while winter temperatures range from -62 to 0 degrees (F). Precipitation is light, averaging 16 inches per year including 56 inches of snowfall. This Indigenous community is active in subsistence food gathering. Summer construction, trapping and handicrafts provide income. Access is by air or water. Boats, ATVs and snowmachines are used for local transportation, recreation, hunting and gathering. Thirteen students attend the community school. 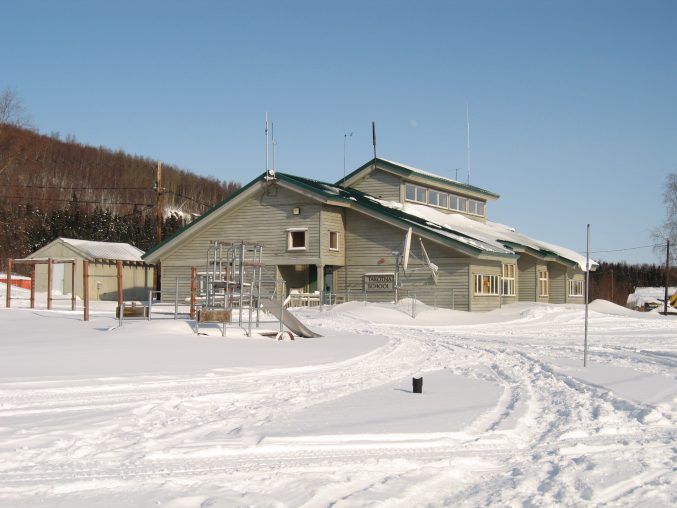 Takotna (Ta-COT-na) – Population 52 is located at mile 329 on the trail to Nome. Summer temperatures average 42 to 80 while winter temperatures range from -42 to 0 degrees (F). There is a mixed population of Whites, Indigenous and Hispanic with a combined cash and subsistence economy. Access is by air or water. Locals use the 80 miles of local roads. Twenty-one students attend the community school.

Ophir (OH-fur) – Population 0 was named by Bible-reading prospectors after the lost country of Ophir, the source of King Solomon’s gold.  One hundred twenty-two people lived in Ophir back in 1906 during the peak of the gold rush.  Ophir, located on the Innoko River, is now abandoned.

Iditarod (I-DIT-a-rod) – Population 0 sits at mile 432 of the southern route and marks the halfway point of the Iditarod trail in odd years. Between 1908 and 1925, thirty five million dollars of gold was mined from the area that was a bustling community of 10,000 people.  When the gold ran out, the miners left. Today Iditarod is a ghost town with a few relics, most notably the bank vault, left from the days of prosperity.

Shageluk (SHAG-a-luck) – Population 79 is located at mile 487 of the southern route. Summer temperatures average from 42 to 80 while winter readings can range from -62 to 0 degrees (F). Annual precipitation is 67 inches with 110 inches of snow. Shageluk is an Indigenous community that relies on subsistence activities. Access is by air or water. Locals use ATVs, snowmachines and dog sleds for transportation. Eighteen students attend the local school.

Kaltag (CAL-tag) – Population 177 is located on the Yukon River at mile 652 of the southern route. Extreme temperatures have been measured from -55 to 90 degrees (F). The average high temperature in July is in the low 70’s with the average low during January ranging from 10 to well below zero. Sustained -40 degree temperatures are common during the winter. Kaltag’s largely Indigenous population relies on a subsistence lifestyle. Twenty-five children attend the community school. Residents travel to and from Kaltag by air. Snowmachines, ATVs and boats are used for local transportation.

Unalakleet (YOU-na-la-kleet) – population 686 is located at mile 737 of the southern route.  Average summer temperatures range from 47 to 62 while winter temperatures average -4 to 11 degrees (F). Precipitation averages 14 inches annually with 41 inches of snow. The population is largely indigenous with a smaller number of White, Black, Asian and Hispanic residents. Some people live a subsistence lifestyle and others depend on the active local economy. One hundred ninety-seven students attend the community school.  Local travel is by vehicle, ATV, snowmachine and dogsled. There is an airport with regularly scheduled flights to area villages and Anchorage.  Unalakleet is located on the Bering Sea. 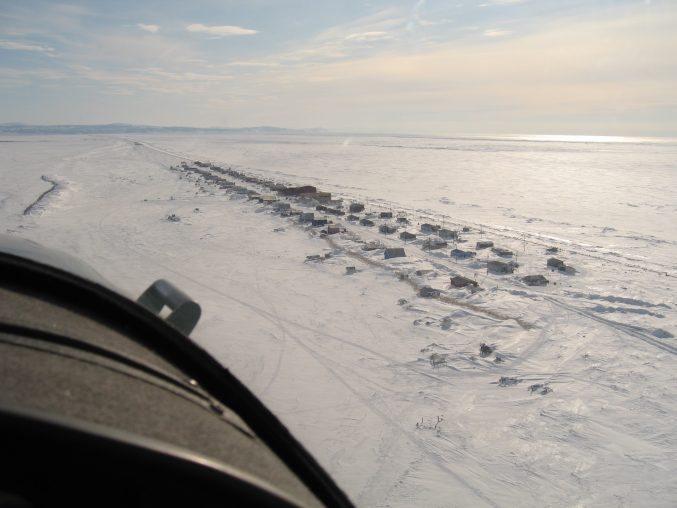 Shaktoolik (Shak-TOO-lick) – population 257 is located at mile 777 of the southern route. Summer temperatures average 47 to 62 while winter temperatures average -4 to 11. Extremes of -50 to 87 have been recorded. Average annual precipitation is 14 inches including 43 inches of snowfall. Shaktoolik is an Indigenous village with a fishing and subsistence lifestyle. Ninety-one students attend the community school. Primary access is by air.  People travel locally via motorbike, truck and boat during the summer and by snowmachine in the winter.

Koyuk (coy-uk) – population 367 is located at mile 827 of the southern route. Koyuk is a traditional Indigenous village where the residents maintain a subsistence life style. One hundred seventeen students attend the community school. Access is limited to air and sea.

Elim (EE-lim) – population 338 is located at mile 8785 of the southern route. Summer temperatures average between 46 & 62 while winter temperatures average -8 to 8 degrees (F). Annual precipitation is 19 inches including 80 inches of snow. Elim is an Indigenous village with a fishing and subsistence lifestyle. One hundred Twenty-two students attend the community school. Elim is reached by air or sea.

The Virtual Trail Journey stories that follow this collection of pronunciations and quick facts will help bring the checkpoints to life for teachers and students.  There are oodles of pictures, stories and information to give you a real felling of being on the trail with an Iditarod team.  Check back weekly for a new virtual checkpoint story.

I best get ready for a run with my teammates.  While I’m in lead today my goal is to show my musher how well I follow voice commands.  HIKE, GEE, HAW and WHOA!