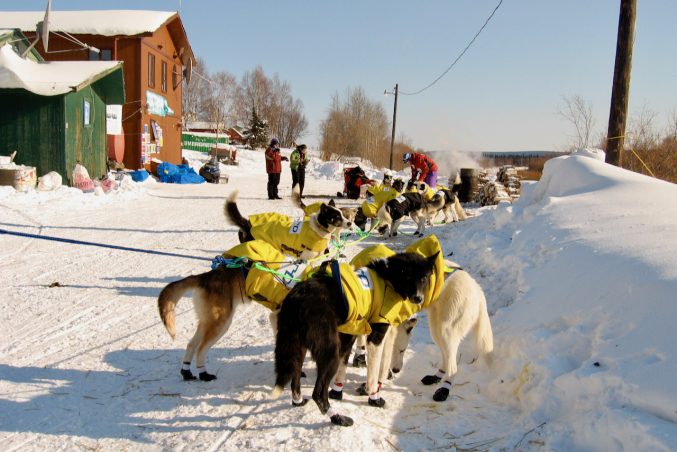 Checking into Takotna and moving on to Ophir

The trail used by Iditarod that runs from McGrath to Takotna (tuh-KOTT-nuh) is a well-traveled snowmachine route.  Teams cover the 18-mile distance in two to three hours.  At night or on cold days, the route is generally fast but on warm days, it can be a slow run.  Most of the 18 miles runs either on or along the Kuskokwim and Takotna Rivers. 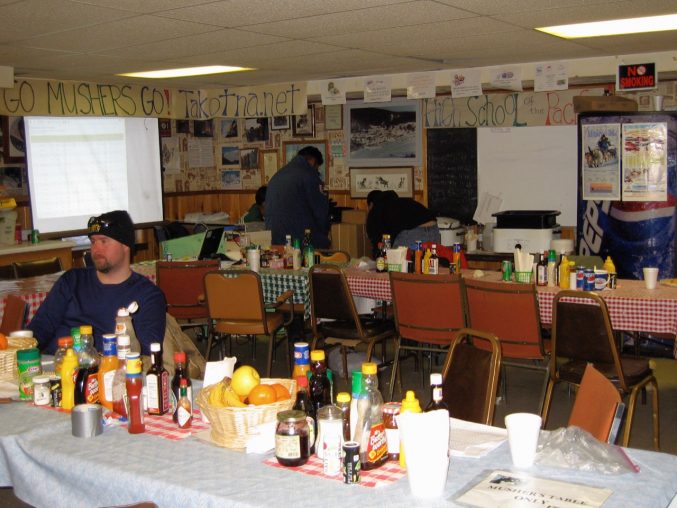 Inside the Checkpoint – What items on this table are also on your table?

Takotna, as a checkpoint, is known for its hospitality and has been called the “friendliest little checkpoint on the Iditarod Trail.”   The checkpoint is located in the community center that overlooks the Takotna River.  The food is plentiful and delicious.  Every musher is treated to delicious food often complimented by fresh fruit and lettuce salad.  For dessert there is an abundant choice of fresh baked pie.  It’s no wonder that mushers like to take their 24-hour rest in Takotna – delicious food and friendly folks.  Takotna is a lot quieter than other checkpoints as there isn’t lodging for reporters and spectators.

The village has 23 residents.  It’s a big deal when Iditarod comes through.  It’s a great deal of work to organize and coordinate a checkpoint let alone feed hungry mushers and race volunteers.  Every man, woman and child residing in Takotna has a job during Iditarod. The school shuts down and the kids all have duties. Relatives and friends of Takotna residents from all over the United States migrate to the checkpoint during March to help with the race.  Some cook, others park dog teams and heat water while the kids clean up.  Hospitality is provided 24/7 until the last musher leaves the checkpoint. 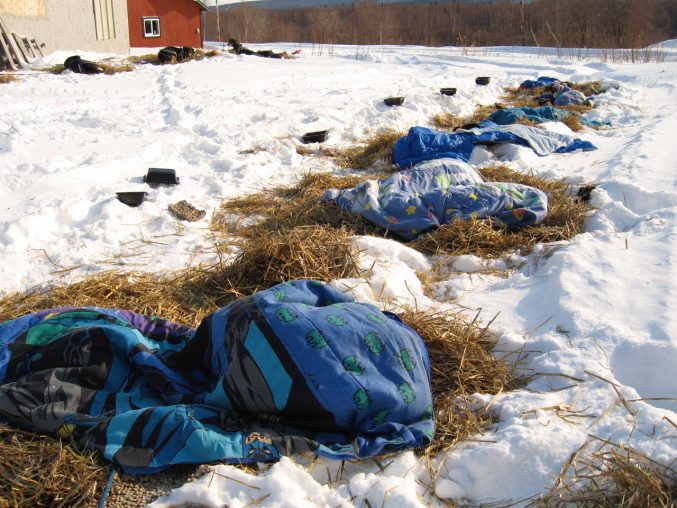 Synonymous with Takotna is pie and Jan Newton was the organizer and driving force for both for many years.  Jan has passed on but she established a standard that continues today in Takotna.  It was her goal to make everyone feel special and feel at home.  She emphasized that what was done for one musher is done for all.  If a musher has taken the long rest at McGrath and intends to pass through Takotna, don’t worry.  There’ll be a sack lunch ready to take along on the trail.  No one leaves Takotna without food.

Pie makers begin producing double-crusted fruit pies several weeks before the race then freeze them to bake as needed. The crème pies are produced daily during the race. Take your pick – blueberry, cherry, peach, apple, pumpkin, banana cream, coconut cream, butterscotch, lemon meringue and pecan, they are all to die for. In route over Takotna, Iditarod Air Force pilots often land briefly to pick up a pie and bring it to another checkpoint on the trail. By the time the last musher departs Takotna, 75 – 80 pies are a delicious memory.

Jan always tried to provide every musher with what they wanted. All one had to do was ask and if she had the ingredients, it’d be served up shortly. Years back musher, Sonny King, commented on all the delicious pie Jan had made and then asked why she didn’t make his favorite – pecan. The answer was short and to the point – we don’t have pecans. Sonny took care of that by sending a case of pecans to Jan from his home state of South Carolina. When he walked into the checkpoint the next winter, Jan handed him a fork and his very own pecan pie.  He ate every bit of it. Five-time Iditarod Champion, Rick Swenson, preferred coconut banana crème. Jan always had one ready for him. 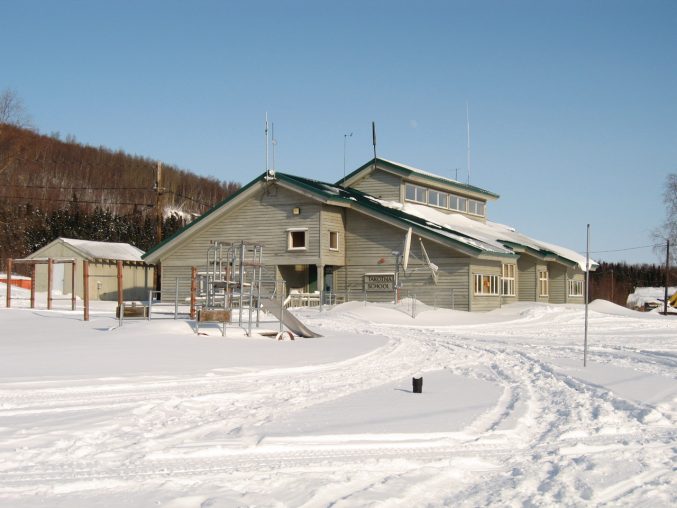 Takotna is known for its cold winters and cool summers.  Temperatures range from -42°F to 25°F in the winter and between 25 and 70°F in the summer.  Precipitation would be very similar to McGrath with 10 inches of rainfall including around 7 feet of snow.  The river is frozen from November through May.  The community has electricity.  The school and community center have running water and flush toilets.   Water is hauled from the waterworks for home use and honey buckets and outhouses are used for sewage disposal.  Travelers come and go from the village by either plane or boat.  The local road system covers about 15 miles including a road that climbs to the old airstrip located high above the village.  Recently a new airstrip was built closer to the village. 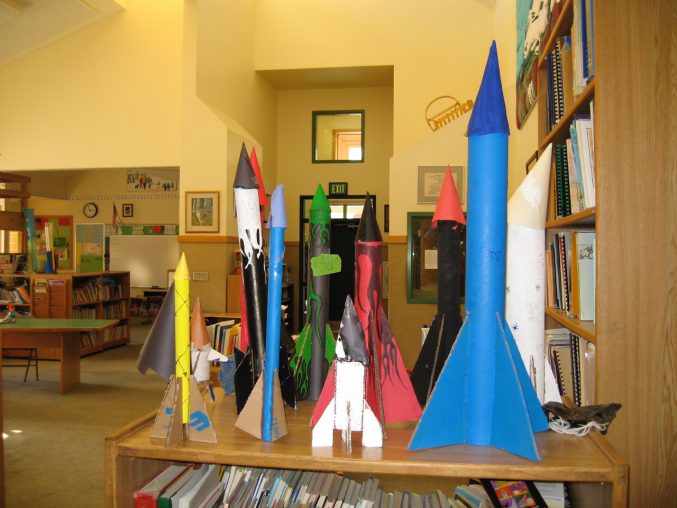 The population of the community is mixed including indigenous Alaskans as well as Whites and Hispanics.  Some residents have jobs with the school district, post office, health clinic or local businesses like the small grocery store or seasonal construction companies.  A great majority of the area residents rely on moose, salmon, gardens and wild berry crops as food sources.  Take a close look at this picture of the inside of the checkpoint.  What items do you see that also appear on your table at home?  Think about it – this tiny village in the interior bush of Alaska – accessible only by plane or boat – they hunt and fish for most of their meat – yet we have so many common condiments on our tables.

Now for a little history that Handler and I learned from the Alaska Community Data Base.   Over the years, Takotna has been known as Berry Landing, Portage City, Takotna City, Takotna Station and Tocotna.  In 1908 after gold was discovered in the Innoko District, Arthur Berry was hired to bring supplies up the river.  The village was founded at the spot where the river became too shallow for Berry’s sternwheeler to continue.  The village prospered during the gold rush having several commercial companies and roadhouses as well as a post office, radio station and newspaper.  The water level changed from year to year and so it was not always possible to get supplies to Takotna thus a landing was established further down river.  Later in the 1930’s mining activity declined, the Alaska Commercial Company closed the store and McGrath became the supply hub for the area.

Well, there you have it – Takotna, the friendliest little checkpoint on the Iditarod Trail.  Our friend and Iditarod Champion, Joe Runyan considers Takotna an excellent choice for the 24-hour layover saying, “It’s a quiet spot for mushers to rest inside a warm dry building, dry out wet gear, eat delicious food and gather information about trail conditions and weather.”  Next handler will tell us about Ophir Checkpoint.  Stay tuned for that story and remember, in everything do your best everyday and have a plan.