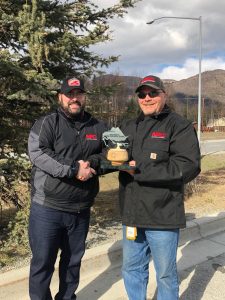 Veteran Iditarod musher Aaron Burmeister of Nome and Nenana, Alaska, was chosen as the musher who most represents the spirit of Herbie Nayokpuk, the “Shishmaref Cannonball,” and was bestowed the Northern Air Cargo Herbie Nayokpuk Memorial Award.

Race checkers along the Norton Sound part of the Iditarod trail – from Unalakleet to Nome – chose Burmeister for his positive attitude and his willingness to share his equipment and knowledge of the coastal conditions with fellow mushers.

Nayokpuk hailed from the Norton Sound region, which is served by Northern Air Cargo. He competed in the Iditarod 11 times, including the first race in 1973, and finished in the top 10 in eight of his 11 races. This award began in 2007, a year after Nayokpuk passed away, and both his family and the Iditarod were thrilled to honor Nayokpuk’s legacy with the new award.

Burmeister will receive a NAC-branded Carhartt jacket, a check for $1,049 – representing the symbolic length of the race plus Alaska being the 49th state – and a piece of art reflective of the Norton Sound area where the Iditarod finishes each year. 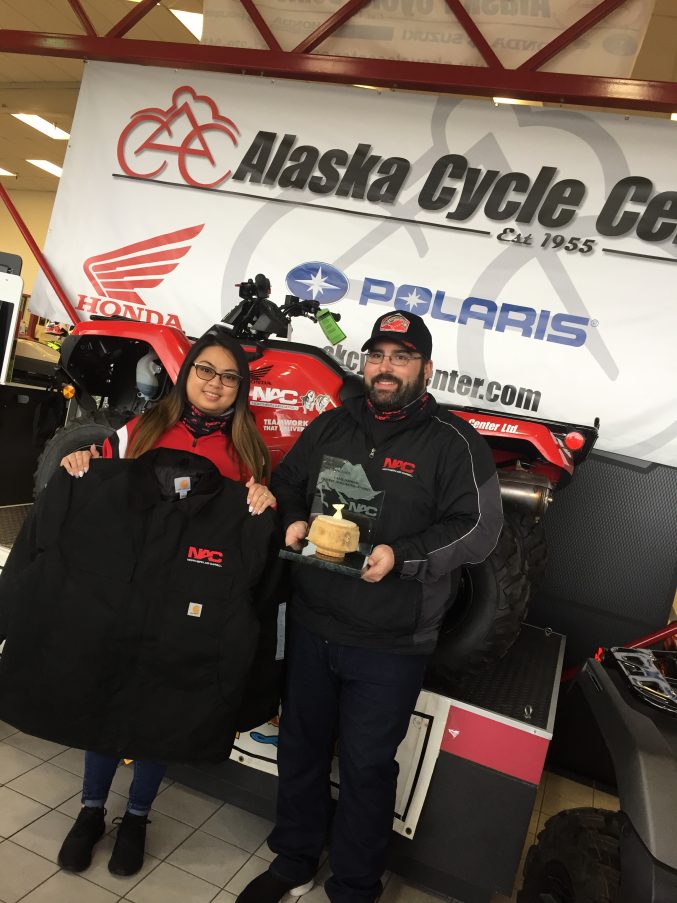 “Northern Air Cargo has been a proud sponsor of the Iditarod and the Herbie Nayokpuk Memorial Award for many years. This award recognizes sportsmanship and values of true humanitarian behavior while competing against others,” said NAC Director of Community Relations Janet Klatt. “We believe that this award reflects the values and dedication required to compete in the Last Great Race on Earth and our service of the people of Alaska. Congratulations, Aaron!”