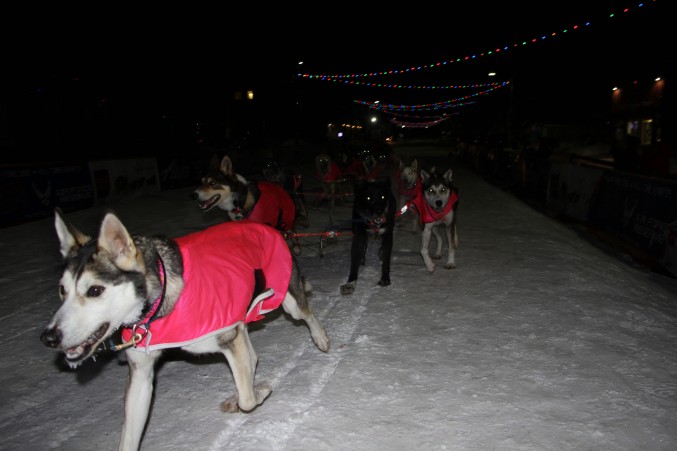 Much loved Icon of the Iditarod, DeeDee Jonrowe came into Nome this morning at 0510 behind a very spirited team of 15 dogs.  When asked about having so many dogs on the line for the finish, DeeDee said she was very proud of her dogs and their performance over the trail.  She said, “You could offer me the team of this champion and I’d say well that’s a very generous offer but no thanks.  My dogs are the dogs I want to run with.”  That describes the bond DeeDee and other mushers  have with their athletes.

Between the sounding of the siren and the arrival of the musher in the chute, there’s a little wait.  One spectators standing next to the arch said to his friend, “Man, it was hard getting myself out of bed to come out here but then I thought of what these mushers go through – COLD, WIND, BLIZZARDS and everything else.  That’s what made me get out of bed to come see her.” 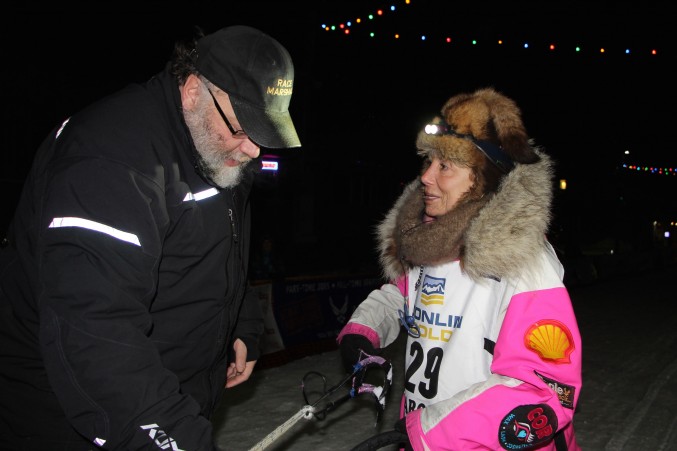 During the extremely cold weather, Jonrowe sustained frostbite on her fingers.  Those fingers are clearly sore but she’s taped them and figured out how to work and take care of her dogs with them.  One fellow offered up his hand for a high-five and under normal circumstances DeeDee would have done one and she almost did but stopped short saying, “Oh that would hurt.”  The fellow lowered his hand and said, “Well how about a low five?”  DeeDee tapped his hand saying, “Oh that’ll work.”

She told a story of coming into Kaltag just as one of the locals let a little pyrenees outside.  Those little dogs often put on a very big show with lots of big pitched barking.  DeeDee said her dogs glanced at the little dog and trotted right on by. 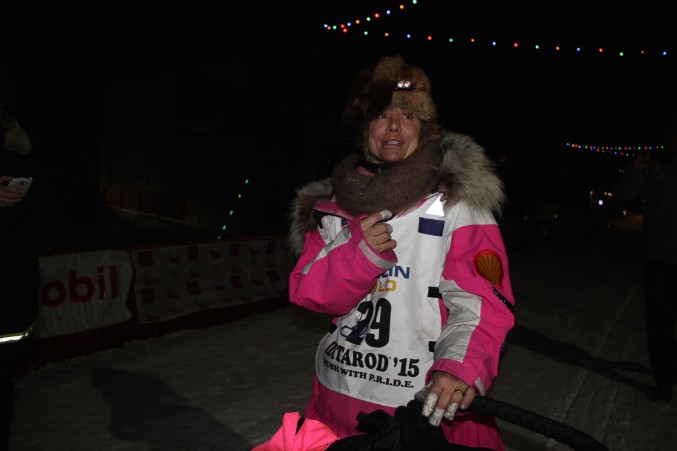 DeeDee tells stories of the trail

With the 2015 race, DeeDee has gone to the starting line of thirty-three Iditarods.  While she’s scratched three times, she’s finished in the top ten in 16 of those races.  She had a string between 1988 and 1998 with eleven consecutive top ten finishes.  She is the example of determination reminding each of us that it’s not the size of the person, rather it’s the size of the desire with in the person that determines the outcome.

A few years back in 2002, DeeDee had breast cancer and went through surgery, chemo and radiation finishing those treatments only a few weeks before the race.  Friends had taken over the training of her dog team telling her that if she was ready to run Iditarod, her team would be ready.  She was ready and finished in the top twenty.  The bond with her dogs helped carry her through the process of recovery. 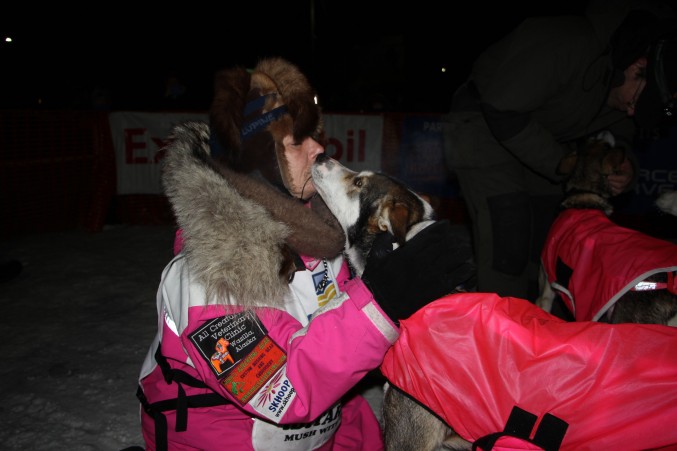 Mutual respect between musher and dogs

One year when Jonrowe pulled into the White Mountain checkpoint, she was greeted by a Native woman who credits DeeDee with giving her the courage to face her own battle with breast cancer and go through the necessary treatment.  Jonrowe has inspired countless women who have faced that battle and she’s been an incredible role model for young girls.

Taking a few lines from Jonrowe’s bio in the race guide, “Her dogs are her life’s passion.  DeeDee considers it a privilege to travel and compete with then through God’s beautiful country.  She’s had many successes and failures on the trail but is always grateful for the time with her dogs.”

For Alaska’s 50th anniversary celebration, an image of DeeDee taken by Iditarod Photographer, Jeff Schultz was selected by the US postal service for a statehood commemorative stamp.  The photo is of Jonrowe mushing in the Rainy Pass area at dusk with alpenglow on the Alaska Range.  Jonrowe said, “It is humbling to be part of the image chosen to represent Alaska as the U.S. Postal Service recognizes our beautiful states 50th birthday.  I have been blessed to live my dreams for over a quarter of a century combining my love of my dogs, my passion for the beautiful state and to experience adventure beyond my wildest imagination.” 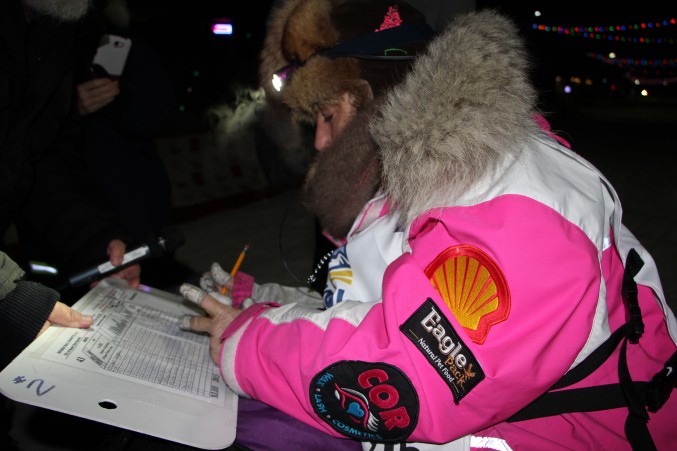 DeeDee Signs off on 30th trip to Nome