Eye on the Trail: Focus on Galena 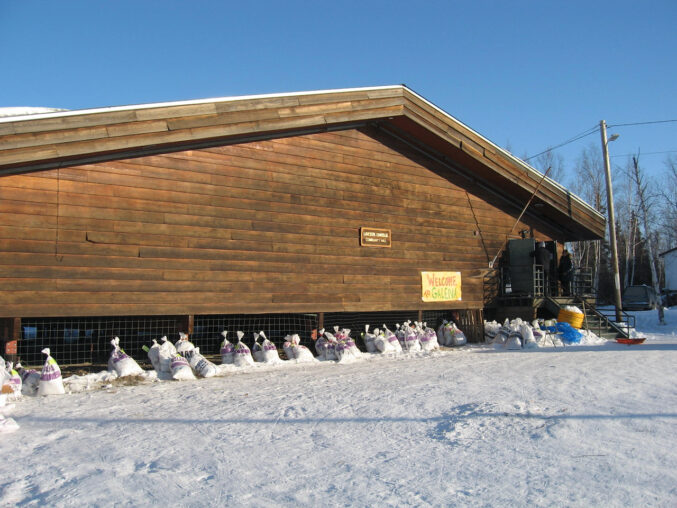 Galena is a town of over 700 people and serves as the transportation, government and commercial center for the western Interior.  While some folks still rely on a subsistence lifestyle, most are employed in government, transportation, health care, education, retail, construction or fire-fighting jobs.

The K-12 school in Galena is named after the late Sidney Huntington, a revered Athabascan Elder who lived to be 100.   He served on the local school board for many years and believed that education was extremely important for today’s youth.  Without educating village youths, there will be no future for the villages or the people.  He encouraged people in the villages to become educated and move beyond subsistence living.

In 1993, one of the Air Force bases closed and shortly thereafter was reopened by the Galena School District as the Galena Interior Learning Academy, a secondary residential vocational school.  This school was originally for students, grades 9 thru 12, who don’t have access to a high school where they live.  In recent years The Sydney Huntington School and GILA work cooperatively in educating local high school students and boarding school students.

Galena is a regional transportation hub for the surrounding villages.  The airport accommodates planes with landing wheels and skies.  Barges navigate the river from mid-May through mid-October.   Autos, trucks, snowmachines, skiffs and ATVs are used for local travel.  During the winter, frozen rivers are used as highways to neighboring villages.

The guiding principle of the checkpoint is to treat all mushers equally, regardless of where they fall in the standings sheet.  There is a job for every town resident.  If parking dogs and raking straw isn’t in your wheel house then cooking stews and baking for the checkpoint is most welcome.

Two of the mushers who carried the serum in 1925 hailed from Galena – Edgar and George Nollner.  Edgar received the serum from Bill McCarty at Whiskey Creek and carried it a distance of 24 miles to Galena.  George transported the medicine from Galena to Bishop Mountain a distance of 18 miles.

The second Iditarod Champion, Carl Huntington grew up in Galena.  The Alaskan Native won the race in 1974 with a time of 20 days, 15 hours and 7 minutes.  Carl was respected in both distance racing and sprint racing circles and was a champion in both.  He knew dogs and had an incredible ability to bring the best out of every dog he ran.  Carl trained a dog he rescued from the trash cans to be a first class leader.  One musher said that Carl could read a dog and think like a one.  He knew what the dog was going to do before the dog did it. 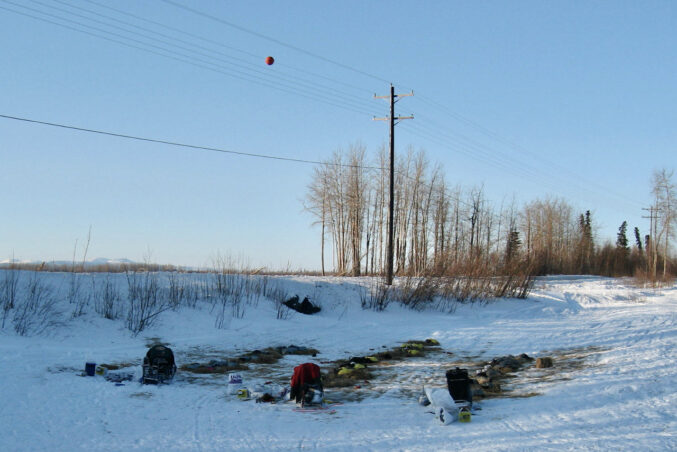 Parked in Galena at the Larson Charlie Community Center is rookie Gerhardt Thiart.  Thiart was born and raised in South Africa.  After serving in the South African Infantry Corps, he moved to the United States and settled in  Cheyboygan, Michigan.  He brought his knowledge of Siberian Huskies and dry land mushing with him to snow country.  He traded a two wheeled scooter for a dog sled while working as a handler at a racing kennel.  He became familiar with running dogs on snow, caring for dogs in the cold and winter camping then completed his mid-distance qualifiers. He seeks to be the first South African to complete Iditarod and is well on his way having covered 583 miles of the trail.  Gerhardt is running the 2022 Iditarod to bring attention to the needs of veterans and support Operation Homefront.

Jeff Deeter, also parked in Galena, began mushing at the age of 15 then ran his rookie Iditarod in his early 20’s.  He did domestic things for the next ten years like start Black Spruce Dog Sledding, met his future wife, get married and build a house.  During that time he studied the race and the strategies of winning mushers.  He’s back on the runners now to run competitively.  Finishing in the top 20 in his last three races, he’s working on taking his team to a faster more competitive level.  Deeter finished his rookie run in 59th place and has steadily improved to claim 12th place in 2021.  Jeff and his wife KattiJo are in 39th and 40th position as they rest in Galena.

Karin Hendrickson has checked into Nulato, the checkpoint beyond Galena.  Twenty years ago was when Karin saw her first sled dog.  She came up from the lower 48 to volunteer for the race.  A year later she sold everything, quit her job and moved to Alaska to become a dog handler.  After two years she questioned her future and tried to go back to a 9-5 job without dogs.  She says she was miserable and that’s when she started to build her own team to mush recreationally.  But two years later she signed up for Iditarod.  With nine starts, Karin has stood under the burled arch six times, hoping this will be the seventh.  She was hit by a truck during a training run in 2014.  Her dogs were okay but she suffered three spinal fractures.  She says she was not ready to quit running dogs in the amazing Alaska wilderness so she has worked through the pain and loss of function.  Karin has placed 40th, 38th and 36th.  Right now she’s running in 29th place.

Riley Dyche is also parked in Nulato.  Growing up in Iowa, sled dogs were not on his radar until he attended college Leadville, Colorado.  He moved to Alaska an took a job with Alaska Icefield Expeditions.  He met Iditarod veteran Matt Hall and went to work as Hall’s handler.  He’s worked for Ryne Olsen and Sven Haltman before deciding to start Dark Horse Sled Dogs.  He has trained all his dog from pups.  Riley place 25th in 2020, his rookie run.

The heaviest musher traffic is on the trail between Kaltag and Unalakleet.  The leaders are out on Norton Sound where the running is getting very challenging thanks to Mother Nature and her ground blizzards.  Insider has posted some video of both Brent Sass and Dallas Seavey running and camping between Shaktoolik and Kaltag.  If you don’t know what a ground blizzard is, these are must see videos.