Eye on the Trail: King First to Ruby 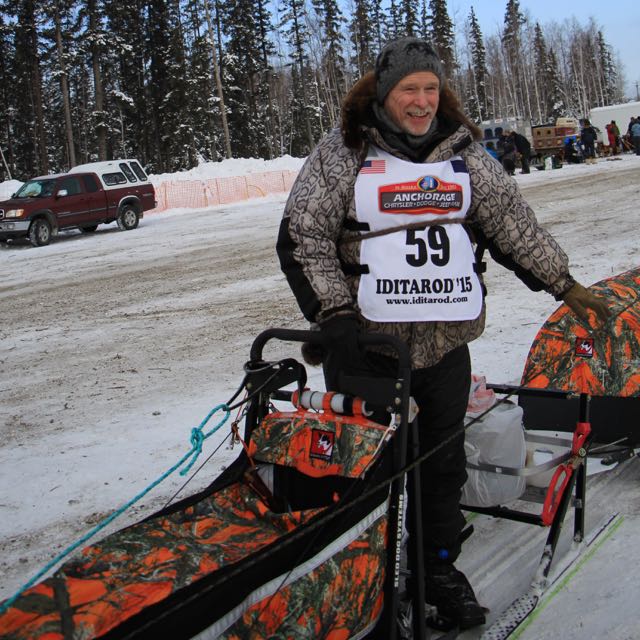 Jeff King, Aliy Zirkle, Aaron Burmeister, Martin Buser, Jessie Royer and Dallas Seavey arrived in Galena in that order.  King has earned the First to the Yukon award sponsored by the Millennium Alaskan Hotel.  He’ll be treated to a fantastic 5 course meal created by the Millenium’s Head Chef.

The six mushers who’ve made Galena report the trail from Ruby to be hard and fast, a product of much snowmachine travel between the two villages.  Dallas Seavey ran the 50 mile distance in 6 hrs 17 min, Martin Buser is 6 hours 23 min, Aliy in 6 hrs 34 min, Erin Burmeister in 6 hrs 40 min and Jessie Royer in 6 hr 50 minutes.  King clocked the slowest time of 7 hrs 5 min.  That’s a time span of just 48 minutes.

It really sounds like the front runners are in a tight knot but not everyone has taken their eight hour Yukon River rest.  I suspect Aliy and Jessie may stay at Ruby for the extra two hours.  Burmeister is already on his way to Huslia after staying only 19 minutes in Galena.  Dallas Seavey passed straight through Galena also.