Eye on the Trail: Kristi and Anna in UNK 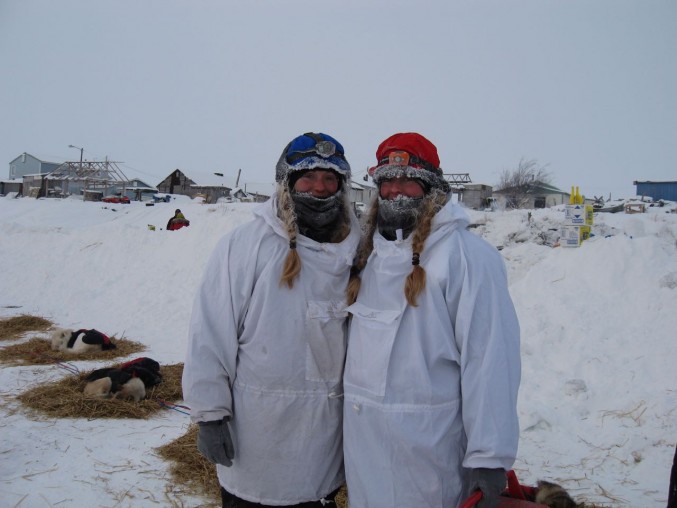 Kristi in Blue, Anna in Red at Unalakleet in 2011

No, you’re not seeing double.  There are TWO Beringtons, Kristy and Anna.  They are Identical twins.  So Identical that even in utero, their heartbeats were synchronized.  Kristy arrived first.  Mom, Dad and the attending physician were completely surprised when Anna arrived five minutes later.  Now, thirty-two years later, living in Knik, Alaska Kristy and Anna have established a small kennel and call it Seeing Double Sled Dog Racing.  They have some of their own dogs and have rounded out their Iditarod teams by renting or borrowing dogs from other kennels.  It’s nearly impossible to talk about one twin without mentioning the other. 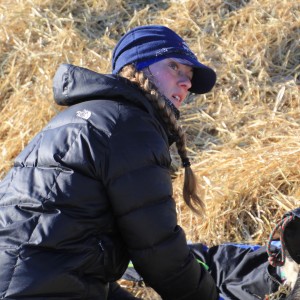 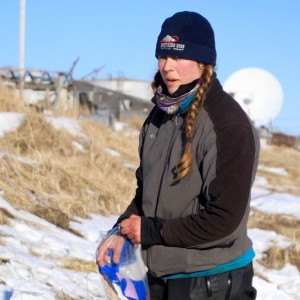 Born in northern Wisconsin on the shores of Lake Superior, Kristy and Anna began mushing at the age of ten.  The twins made do with what was available to begin their mushing careers.  They harnessed two family dogs, a great pyrenees and a border collie, attached them to a make shift sled created from a pair of downhill skies and a milk crate and off they went.  A neighbor maintained a sprint racing kennel.  At first the girl’s helped out with keeping the kennel clean.  It was a great job because they were with dogs, lots of dogs.  Their role at the kennel evolved into helping with training and doing some sprint racing.  After Graduating from high school Kristy, as well as Anna, served with the National Guard.  Then it was off to college.  Kristy is a very action oriented person and college wasn’t action oriented enough.  The same was true for Anna.  They chose adventure over the halls of higher learning and moved west. 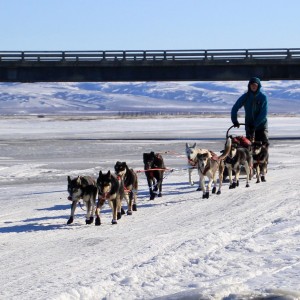 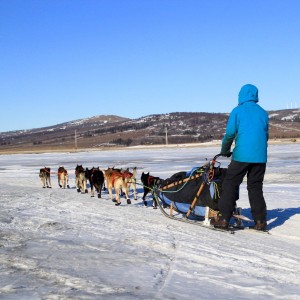 Eventually they ended up in California working for sled dog touring companies during the winter.  Summers brought a different four legged mode of travel, horses.  Kristy guided tourists on horseback tours of the Sierra Nevada Mountains.  Kristy traveled to Alaska in 2007.  Upon meeting 1984 Iditarod Champion Dean Osmar, she decided Alaska was the answer to her desire for wilderness adventure with dogs.  Anna was on board with the decision too.  They moved to the Last Frontier in 2007.  It’s a life style they really enjoy as it rolls the things they love, adventure, dogs, endurance sports and exploring into in one exciting and challenging package.

Anna says that her best times running dogs have been with twin sister Kristy and thankfully, for those of us who can’t tell them apart, they sometimes wear different colored hats.  In Anna’s first Iditarod, she wore a red hat and Kristy wore a blue one.  Other years on the trail, there’s no easy way to determine who’s who.  This year they have different colored sled bags.  Anna’s is red and black.

In Anna’s first two Iditarod finishes, she and Kristi have come into Nome with their teams running beside each other crossing under the Burled Arch simultaneously while holding hands.  What’s Anna’s favorite snack for the trail?  She gravitates to Smucker’s PB&J Uncrustables.

Kristy has finished Iditarod six times and Anna has finished Iditarod four times.  They would say it’s not really about the racing, but rather being in a remote location with your dog team and being self-reliant.  The trail of the Last Great Race covers some of the most beautiful yet rugged and unforgiving terrain on earth.  Races allow mushers to experience that beauty and respond to the challenges.  The Iditarod is an opportunity for the mushers to test themselves as well as the dogs they have trained.  It’s like the final exam for a semester course. 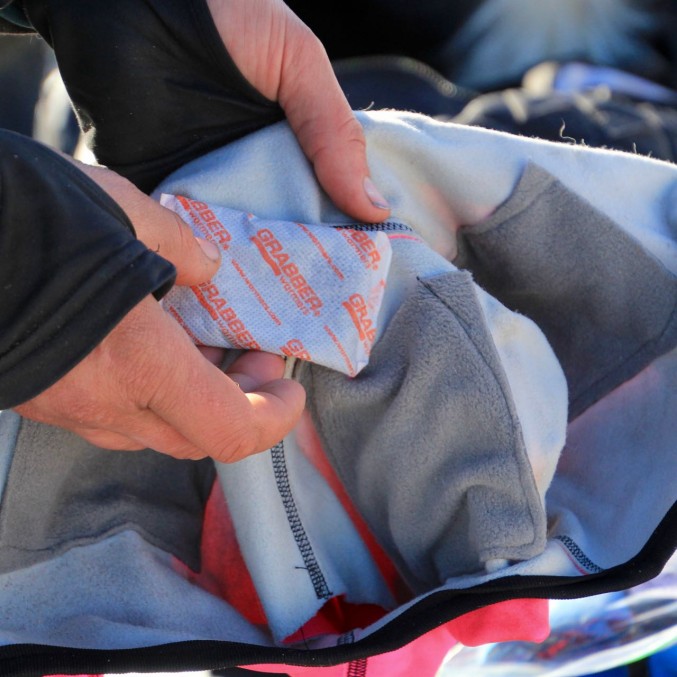 Today in Unalakleet, they worked like twins as the bedded the dogs down, removed booties, massaged their athletes and feed them a high calorie meal.  Anna took a moment to show me a specially designed dog coat with pockets for hand warmers.  I’d like to be a dog on a Berington team.  Seriously, massage and then my own special sweater with heat packs.  How could it be any better?