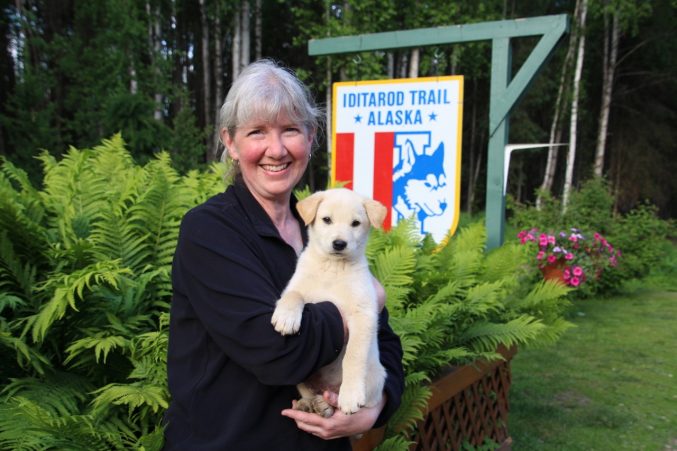 Heidi Sloan to serve as 20th Iditarod Teacher on the Trail™

Heidi Sloan, a fifth grade teacher from Virginia, will serve as the 20th Iditarod Teacher on the Trail™. Heidi arrived in Alaska for the 2017 Iditarod Summer Teacher’s Camp. During the next two weeks she’ll participate in training for her duties on the trail during the 2018 Iditarod and participate in Teacher’s Summer Camp picking up new ideas and sharing her own best practices with other participants.

In a previous interview for the Iditarod Education page, Heidi said, “My goal is to reach more students and teachers with the wonderful experience of using the Iditarod as a tool to make learning required standards much more engaging! Using math problems that go along with the race makes math more interesting and real. Reading articles on mushers, their dogs, and other Iditarod articles keep interest high for comprehension and writing activities. I want all students, even those who have no concept of cold, snow, and mushing, to learn about Alaska and its terrain, climate, and lifestyle as well as the Iditarod! Meeting the many villagers in the checkpoints and listening to their stories is something I hope for as well. “

Annie Kelley of Illinois served as the 2017 Teacher on the Trail™. It’s tradition that duties of the position transfer in June at the Summer Teacher’s Camp. Symbolically, Annie is passing a Redington puppy to Heidi. With the theme for the litter being parts of the eye, this little puppy is named Retina. 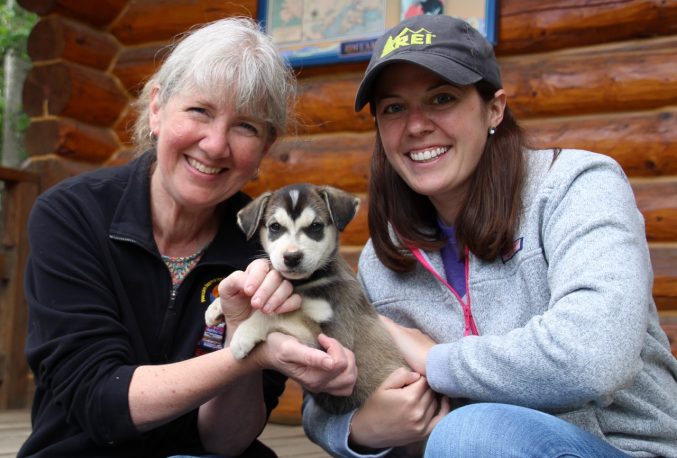 Annie Kelley passes a puppy to Heidi Sloan, 2018 Iditarod Teacher on the Trail™

Heidi is very excited about her duties at the 2018 Iditarod Teacher on the Trail™. She looks forward to connecting teachers and students to the Iditarod trail and the amazing sled dog athletes. Sloan was selected from three finalists during a ten-day interview conducted in Alaska prior to the 2017 Iditarod.

When asked about the enormity of the job of Teacher on the Trail™ Heidi replied, “This incredible opportunity to teach in a very large arena struck me right after I received the news at school. My students broke into loud applause and cheers. The word spread quickly around the building and many of my colleagues and administrators were right there to offer their congratulations.”