Eye on the Trail: Photos By Poyzer – Deshka Landing 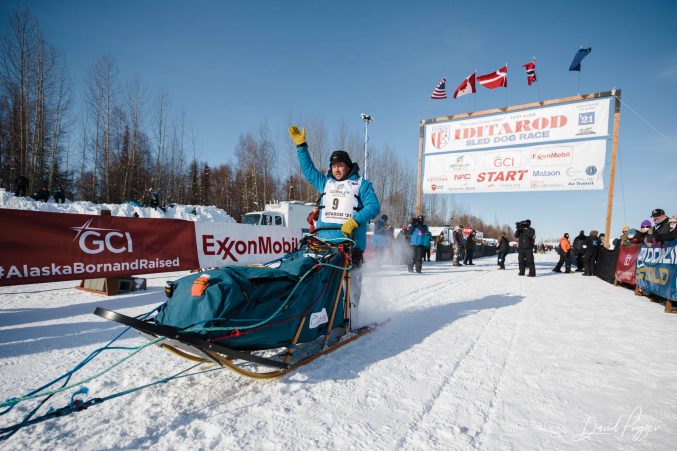 Ramey Smyth comes from a storied mushing background.  Ramey’s mother, celebrated harness maker Lolly Medley, was the second woman to ever finish the race and his father, Bud Smyth has finished Iditarod five times.  Lolly Medley began presenting a Golden Harness award to the outstanding lead dog of the race.  Since her death, the City of Nome continues to present the award in her honor. For 26 of the past 27 years, either Ramey or his wife Becca Moore have taken to the Iditarod Trail.  Smyth’s best finish is second and he’s been in the top 10 eleven times. 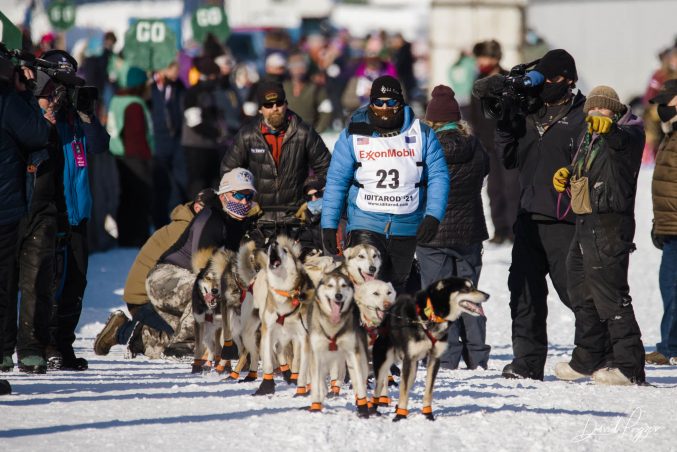 Dallas Seavey is the youngest Iditarod champion and he accumulated his four championships before the age of 30.  Dallas is running a hybrid team out of his and his father, Mitch’s kennel for the 2021 race.  He’s raced in Norway and has won the Yukon Quest.  He can tie Rick Swenson with a win this year.  Dallas won three consecutive titles (2014, 15 & 16) and in 2017 fell just short of tying Lance Mackey with four in a row.  It was his father Mitch who bested him in 2017. 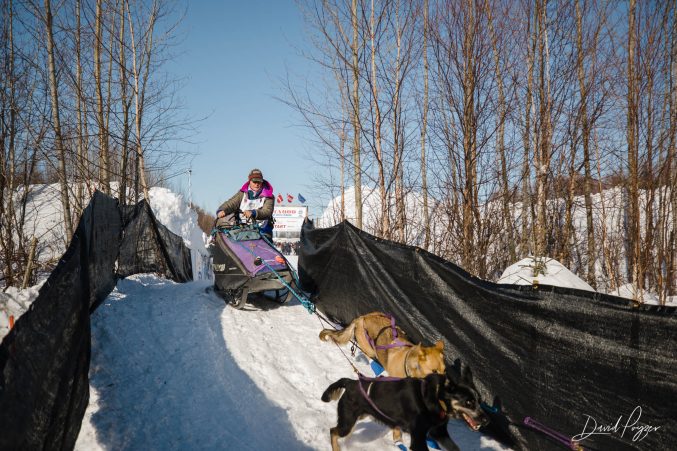 Jessie Royer Makes the First Turn Out of the Shoot (photo D. Poyzer)

Jessie Royer got her first sled dog when she was 15 then began working with 4-time Iditarod Champion Doug Swingley to learn sled dogs.  Jessie has finished all 18 races that she’s started with 8 top 10 finishes with 3rd place in 2019.  Royer grew up on a cattle ranch and has worked as a horse wrangler and horse teamster.

Dave Poyzer of the Insider Crew is providing photos of the action on the trail.  Poyzer’s photos are located in the photos gallery for everyone to enjoy.