Eye on the Trail: Spirit of Alaska Award 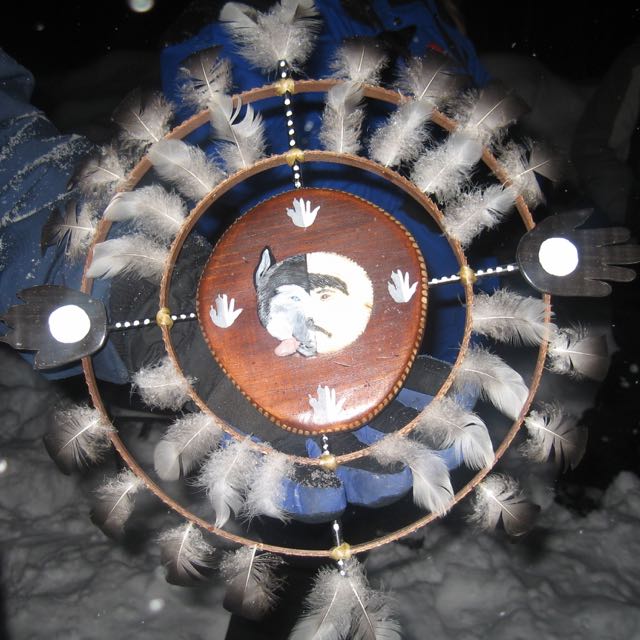 Mitch Seavey is taking his 24-hour long rest in Ruby.  As the first musher to make Ruby, Mitch receives the PenAir Spirit of Alaska Award.  PenAir has been a race sponsor for many years and has presented the Spirit of Alaska Award since 2000.  The award consists of a $500  voucher for travel or freight on any of PenAir’s routes and an original spirit mask.  The spirit mask is creation by Bristol Bay artist, Orville Lind.  The center of the mask has a figure that’s half dog and half human.  The belief is that in Iditarod the musher and the dogs become one.  The mask was presented to Seavey by Matt Macri, PenAir’s Director of Operations.

Mitch called the trail from Tanana to Ruby soft.  The trail to Galena was an unknown.  He decided to take the mandatory 24 hour layover in Ruby to avoid the potential of two soft challenging runs back to back.  Mitch knows his dogs and this move may prove to be a great asset for his already smartly performing dog team.