Eye on the Trail: Telephoto Story – Better By 12 Days 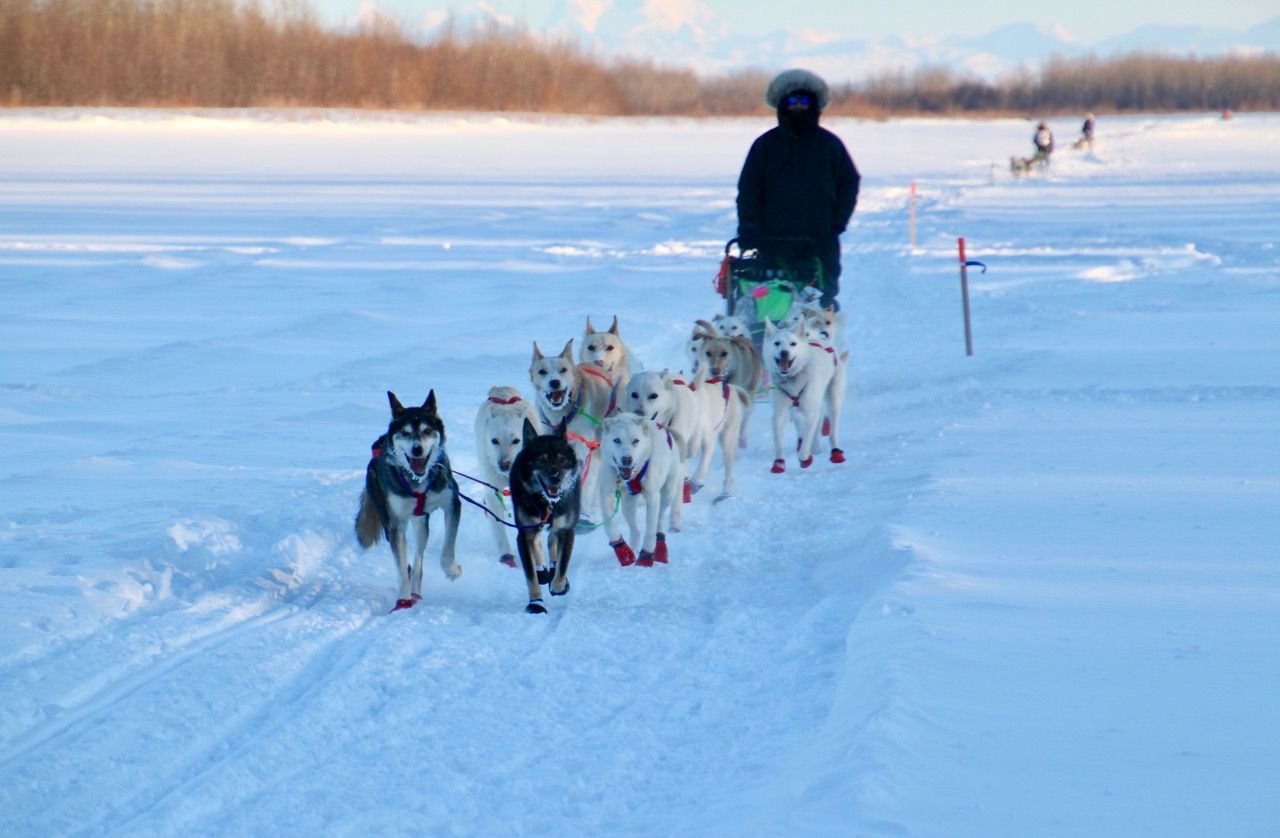 This photo of a team coming into Nenana in 2017 caught my eye for a couple of reasons. First, it shows how concentrated traffic is coming into the first checkpoint of the race. Only 4 minutes earlier, DeeDee Jonrowe passed by and now there were four teams on the horizon – a photographer’s paradise even at ten below zero. The second significant part of the photo is the dog team. With the exception of the two leaders who are black, the rest of the team is white. Jim Lanier is known for his Northern Whites but Jim Lanier was injured and couldn’t run in 2017. This is Lanier’s team driven by Gunnar Johnson. But until I saw the sled bag, I couldn’t be certain. The fabric for Lanier’s bag is a currency print – unmistakable as to whom it belongs.

Gunnar who ran his first Iditarod in 1991 as a young man in his early twenties, works and lives in Northern Minnesota. He returns regularly to Alaska to get his mushing fix. Johnson had just completed the Northern Lights 300 with the Lanier team. At that time another Iditarod was the farthest thing from his mind. When asked to stand in for Jim, he called himself the “accidental musher.”

Fast-forward several days and a thousand miles to Nome. A very happy Gunnar Johnson with a spunky dog team was checking in under the Burled Arch. Johnson asked what his time was – 10 days, 22 hours and 4 minutes (48th place). An elated Johnson said, “In 1991 my time was 22 days, 0 hours and 57 minutes (54th place)! That’s an improvement of nearly 12 days.”  For those of you thinking he’d be a shoo-in for most improved musher, that award is chosen by place, not time.  BTW, Lanier is signed up to run in 2018.