Eye on the Trail: Trio Leads on Sunday 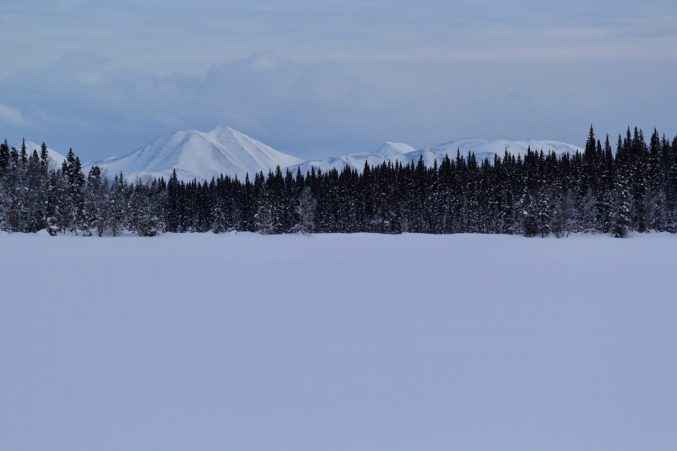 At the farthest end of the race, Ophir his returned to ghost town status.  At the near end of the race, Finger Lake is about to get busy and stay busy for several days.  With the checkpoint located right in front of Winter Lake Lodge, the proprietors of the Lodge, Kristin and Carl Dixon will have a front row seat without leaving the comforts of their living room.

Dallas Seavey was the first musher to reach Finger Lake.  Aaron Burmeister followed by 15 minutes.  Back a dozen miles, Brent Sass is shown resting and Wade Marrs passing on by.  Mushers who’ve run the trail, but never in reverse, predict the segment between Rainy Pass and Finger Lake will be the most difficult segment of the 2021 trail.

Martin Buser says the climb to the highest elevation on the trail, 3200 feet, at the summit of Rainy Pass actually begins right out of the starting chute at Willow then but Deshka Landing for this race where the elevation is 213 feet.  It takes mushers two days to make that climb with an elevation gain of 3,000 feet.  Clearly the teams are in for a MOSTLY gentle down hill ride to the finish from the top of the range.  Ah, but don’t forget about the Happy River Steps and there’s a beastly climb up from Red Lake to Finger Lake and the checkpoint. 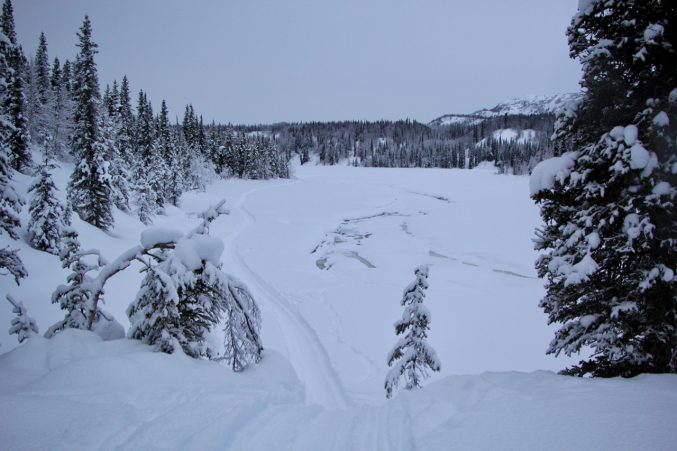 Insider Analyst, Bruce Lee, talked to Liz Raines at Rainy Pass about the trio of teams leading the race.  This is a race that’s fun to watch as it is neck and neck.  If the leaders come into Skwentna in a tight pack, the race won’t be over until the first team reaches the un-burled arch at Deshka.

Lee detailed the strengths of each of the championship contenders.  Brent Sass is known for his teams that easily handle longer runs which has been shown through his multiple championships in the Yukon Quest where checkpoints are few and far between.

In Aaron Burmeister, Lee sees the strongest looking team and believes Aaron has not yet tapped into the speed his dogs are capable of.

Lee likened Dallas Seavey to a cunning chess player.  When a player makes a moved, it’s not about the immediate result but about setting the board up and causing opponents to make errors.  Seavey made his very first move on the way into McGrath at the beginning of the race putting him in the position he enjoys right now.

All teams are required to take an 8-hour rest in Skwentna.  Seavey took rest at Rainy Pass.  Sass and Burmeister last rested at Rohn.   Brent and Aaron can make the 100-mile run from Rohn to Skwentna without rest. Seavey has only a 70-mile run to Skwentna since he last rested in Rainy.  Will he do that?  His pattern has pretty much been 4 hours on and 4 hours off.  Watch the GPS Tracker to see how they all handle the run to Skwentna.  They will all stop every two hours for dog snacks.  Both Burmeister and Seavey blew through Finger Lake.

At the back of the pack, eight teams are resting in McGrath and in a very short while Victoria Hardwick and Dakota Schlosser will join them.  Just ahead in Nikolai, the Beringtons, Martin Buser and rookies McNeal and Jagow are resting in the checkpoint.  The leading rookie, Chad Stoddard is out of Nicolai tackling the Farewell Burn.  He’s the only rookie with eight seasoned veterans.  It’ll be interesting to hear his thoughts about the burn compared to the veterans he’s keeping company with – Beals, Homes, Shvarts, Drobny, Olson, Strathe, Failor and Kaduce.

At this hour there are four teams resting in Rohn probably contemplating the icy river awaiting them in five miles.  Rainy Pass is currently empty but expecting Petit, Ulsom, Phillips, Diehl and Porsild.  Ryan Redington is out of Rainy heading to Finger Lake holding a place in the top five.