The tracker now shows Dallas Seavey stopped too. He was also stopped when we came upon him on the trail. Dallas is always friendly and up for a chat when seeing him. Yet I know he is guarded and keeps most real information to himself. Can’t blame him with media people. 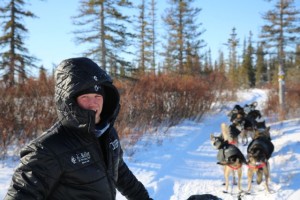 His team looked extremely solid. While trailing him, with a good tailwind, he was well above 10 miles an hour. So yes, I am equally surprised as you, to see him stopped. There was no indication of that when seeing him about 26 miles out. 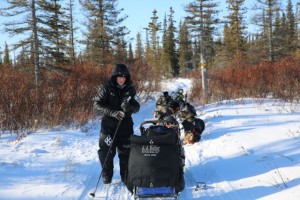 The area he is in now is very windy. 25 miles per hour from the East. There are some very dense spruce tree patches, which can shelter a team well. They are open to the west, meaning the resting team gets plenty of sunshine, yet is out of wind. 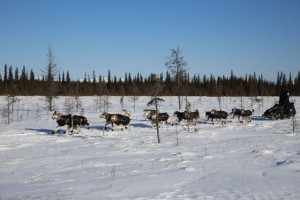 Now both Dallas Seavey and Jeff King are pulled over. Wonder what they do from there? Shaktoolik bound would be my guess. Mitch Seavey will catch up to his son again, and most likely be surprised by that. Aliy, who has been running somewhat conservatively  none of these runs are real conservative) with resting at Tripod will also get a mental boost, of seeing both teams camped out. These different strategies, or I would rather call it, adaptation to conditions, is resulting in some reshuffling of the running positions. 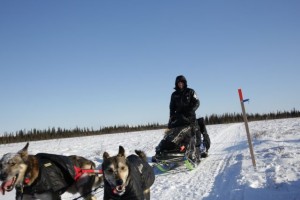 In the meantime, excitement builds for Aaron. Gold is waiting. Traditionally, who gets here first, ends up doing very well! 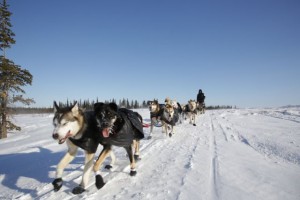 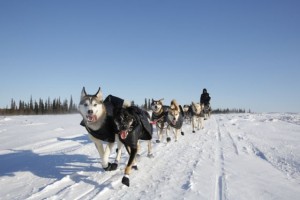 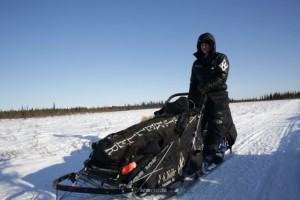 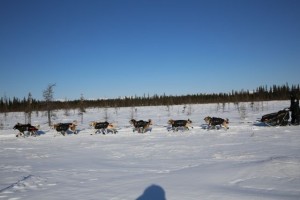