Iditarod Mushers on the Yukon Quest Day 7 and 8

Some thoughts about run- and rest times, and their relation to travel speed and dog numbers. Many people comment on how hard this year’s Yukon Quest is. The number of scratches. Well, the Yukon Quest has always had a high number of scratches and has always been hard. 45 and 50 below is nothing new, neither is jumbled ice. What is a bit more atypical this year, is the type of teams being forced out of the competition.

It is no secret, that over the past years, the race has become faster and faster. I remember when Lance beat Frank Turner’s record, which had stayed for more than a decade. In 1995 Frank ran 10 hrs days and 16 hrs and 20 minutes. It used to be a landmark for a long time. That was till 2006, 10 days and 7 hrs were run. Although that year did not really count, as it was a low snow year and the race finished in Dawson City. Upon arrival in Dawson at the half way point, us musher were given 3 options. Finish in Dawson with the standings we had. Go to Pelly finish there, or return back to Dawson. We voted for the 3rd option. Still not sure what possessed most of us to do that and run the endless black hills twice. 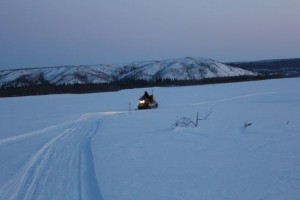 On the Yukon River near Circle

In 2007 the record fell for good, Lance once again with 10 days and 2 hrs and 37 minutes.  This time, running the full course length. 2007 was also a very cold year. Wayne Hall had pitched up an Arctic Oven tent at the 40 Mile River Bride. Hugh, Hans, Gerry, myself were sitting inside resting up. Taking a peek on the thermometer on Hans’s sled it did not show anything. I told Hans that is was broken. He simply replied: “ Don’t think so, it’s that cold “. That was near noon.

Ever since the record has been broken every couple of years, first by myself in 2009, the first time under 10 days, then Hans Gatt bested that a mere year later by a whopping 23 hrs. 2013 saw the first time an 8 day race with 8 days 18 hrs and 39 minutes by Allen Moore.  The trend is clear, mushers learned rather fast to push the envelope much further. During a race which as been won by minutes, shaving of many hours make a huge difference. 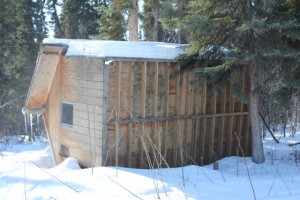 Aftermath of the Eagle Flood, we used to stay in that cabin

While in the earlier years most mushers who scratched were from the middle or back of the pack, mushers who were still learning on how to run a 1000 mile race, never mind worrying about how to run it as fast as possible. That trend seems to change. Teams which before the race are considered top contenders are pulling out along the way. That opens the race up to teams who had not thought  that they would finish in the Top.

Damon Tedford, who is a true rookie, currently runs in 5th place. I would not be surprised, if he catches Ed Hopkins or Hugh Neff before the finish line. Damon runs a schedule which was very common in the late 2000s.  Break the run to Braeburn up in 2 runs. Rest in Braeburn. Run to before Carmacks, rest through the heat of the day. Pull the hook and go through Carmacks and rest before the Yukon River along Freegold road.  That usually is a cold night time rest. Run through Mc Cabe to Pelly and pack for the long haul to Dawson there. 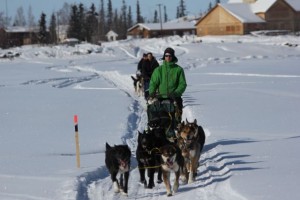 With that schedule, there are certain low risks. After the campout on the way to Carmacks, usually near Mandana Lake, it is only a 2.5 hrs run to Carmacks. If a dog is not up to the task, it’s a short way to carry it. Same after the next rest. It’s only about 2.5 hrs to McCabe from the campout on Freegold Road. By the time the team reaches Pelly, it should be well dialed in, and the question mark dogs should have been left behind. The run from Pelly to Dawson can be split in 3 or 4 runs. Damon did it in 4 runs. That builds the team up even nicer than doing it in 3 runs.  Looking at his travel speed, it has rarely dropped below 7 miles an hour, often hovered about 8 mph. Damon reached Dawson with 13 dogs. That is a very comfortable number, matter of fact that is a lot of work putting on 52 booties each time.

Now, during the second half of the race, Damon is picking up teams. Teams which either scratch or teams which have much smaller dog numbers and are running around 5 or 6 miles an hour. While his team is a joy to drive, the other teams are more or less in maintenance – or even survival mode. Last year the same strategy was applied by Matt Hall, who finished a surprising 3rd and earned Rookie of the years honour. Damon might do the same. On the stretch Damon is on now, he is not quite a rookie anymore. Last winter, I took him with a group all the way to Eagle, and then back to Fairbanks. That means, although Damon has never finished the Quest, he has conquered Eagle Summit twice. And he is in such a good shape, that last year he ran the whole thing up. 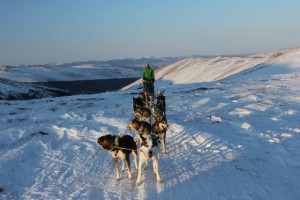 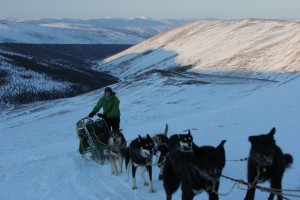 I think this tells a clear story. The old and tested strategies are still valid. Will they win a Yukon Quest? Not likely. But they will enable a respectable finish and make the trip for the musher somewhat enjoyable. It sure is more fun to drive 12 dogs at 8 miles an hour, than 8 dogs at 5 miles an hour. Last year also quite a few of the early front runners faltered in the race later on. What I would call hard core racing, is a feat only very few teams can pull off. It requires very specific hard core training specially if the team is inexperienced. And-or it requires a very experienced team, with that meaning that the dogs have many long races under their belt. Brent has both factors going for him. His team has seen many long races, his dogs are seasoned and undeniably, he has trained extremely hard and camped out a lot in any type of weather.  Allen Moore might not have trained as extreme, but between the two SP Kennels teams, those dogs have a higher number of 1000 Mile finishes than Brent’s team Trying to run the new and  ” extremely fast “ race times comes at a high risk for the teams who try it, yet lack in any of the 2 prior mentioned departments. 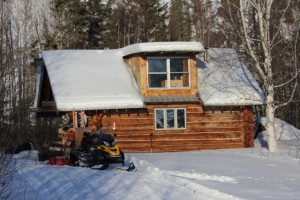 As I type this, glued to the tracker instead of sleeping, almost tempted to load up my snowmachine and head on the trail, Brent is resting on Birch Creek. I sure hope that is a planned rest. If so, that would be a very wise move on his part. Rest em up for the big summit. It could also be nasty overflow, I vividly remember Hans Gatt and me struggling in it at 55 below in 2011. I am still scared of a repeat of that.

Allen has dropped a dog he carried into Circle and has now also reached Birch Creek. If he does not stop on the way to Central, and does not run into any ugly conditions, he is now a bit closer to Brent. Still, Brent has much more rest time in the tank. Anybody looking at the speeds on Birch Creek, if you see much of 3 and 4 miles per hour, that has to do with the fact that Birch Creek meanders big time. And the tracker drawing a straight line between the last waypoints, it appears to have the teams move much slower than they actually are.

While snowmachining Birch Creek last year with Quest Trail breaker Bruno Baureis, we passed a nice male black wolf, who stayed on the trail ahead of us for many miles, till he finally tired out, sat down and let us pass. Birch Creek also brings up nice memories of the legendary Carl Kokrine, who lived along its banks, a life few people could live. Stopping in 2011 for a cup of coffee ( I hate coffee, but would never turn down Carl ), Carl knew about his health. We parted ways with a long good bye, both suspecting it would be the last one, and while sailing in Europe I heard about his passing during the summer. I am sure mushers like Hugh Neff, Dave Dalton, Lance Mackey will all get a bit melancholic, when they pass by his cabin. 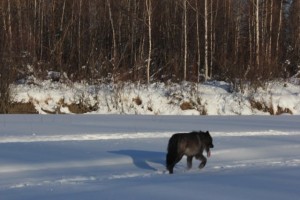 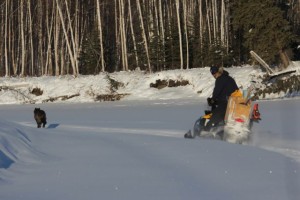 Let’s hope the Quest field does not shrink too much more, that the mushers and dogs will not get tossed around by the jumble ice too much. Next up is Central. Legendary steaks and hospitality are waiting for the mushers.  I am sure tempted to drive out there during the next days. Time will tell if I can get away from home. And the morning will show, how the strategies have played out. Will Brent even rest in Central? Or do another gutsy move and go to 101 in one shot? Wild and free at this time my guess is……