Martin Buser had a good rest here in White Mountain. Well kind of. I had to wake him up, because his team was very animated. One of his dogs was tied to the back of his sled. That is usually a sign of a trouble maker or a dog in heat. With Martin’s team it is the latter case.

I give Martin kudos for not dropping her. That would have created a bit of havoc with our other dropped dogs here. He is still driving a big string of 12 dogs, so going down to 11 would not have been a big deal for him.

Now seeing Martin leave was super fun entertainment. And he did not only have a few tourists as bystanders, the other mushers in the checkpoint were also watching. He would straighten his team out, run to the back…. And hope he would get them move forward before a breeding happened. He avoided the breeding, but the moving forward had various degrees of success, until he finally was able to take off.

Having a female in heat is the best way to have a memorable run. One way or the other. Here a few fun shots, unfortunately bandwidth does not allow me to upload a video: 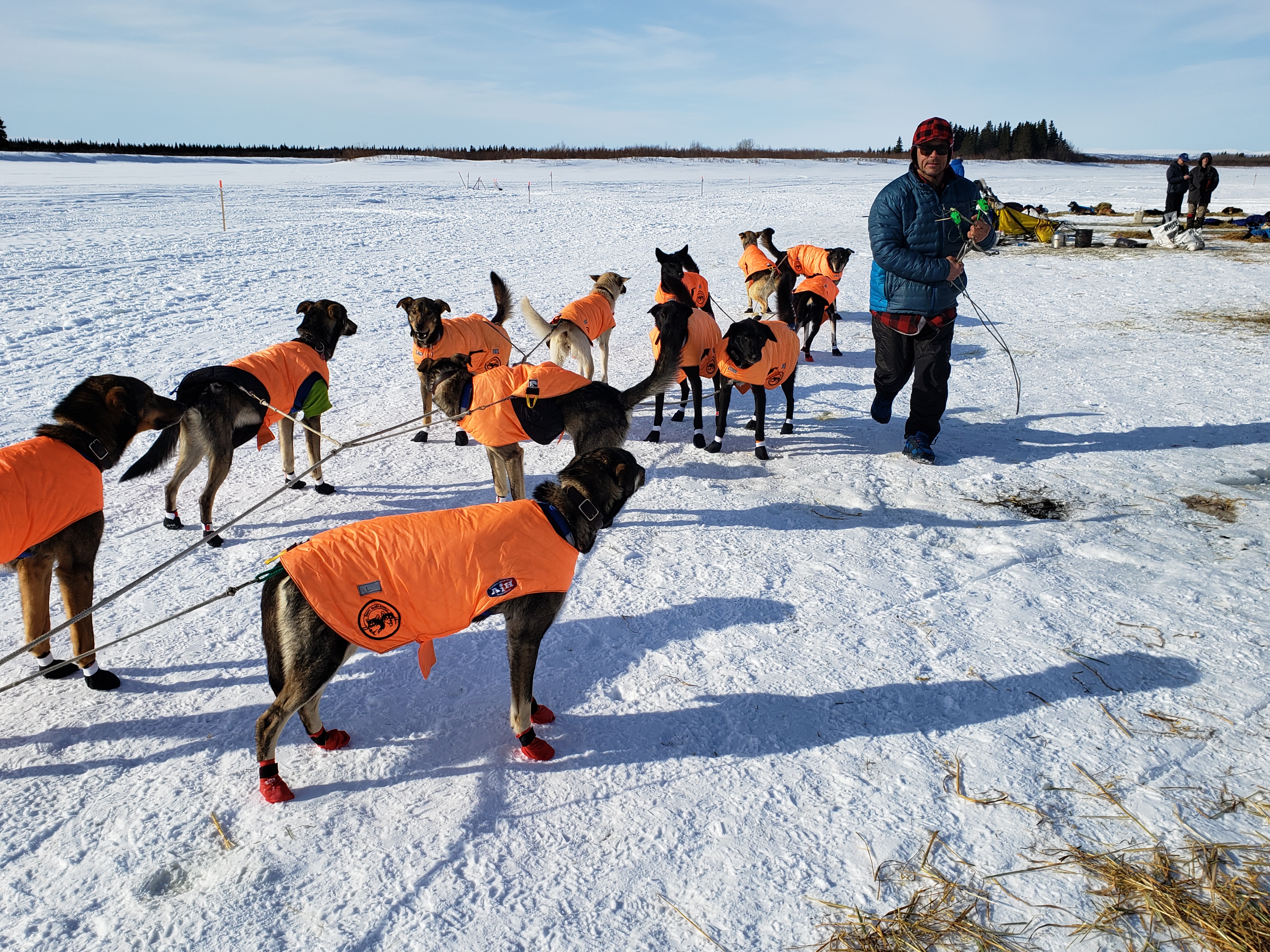 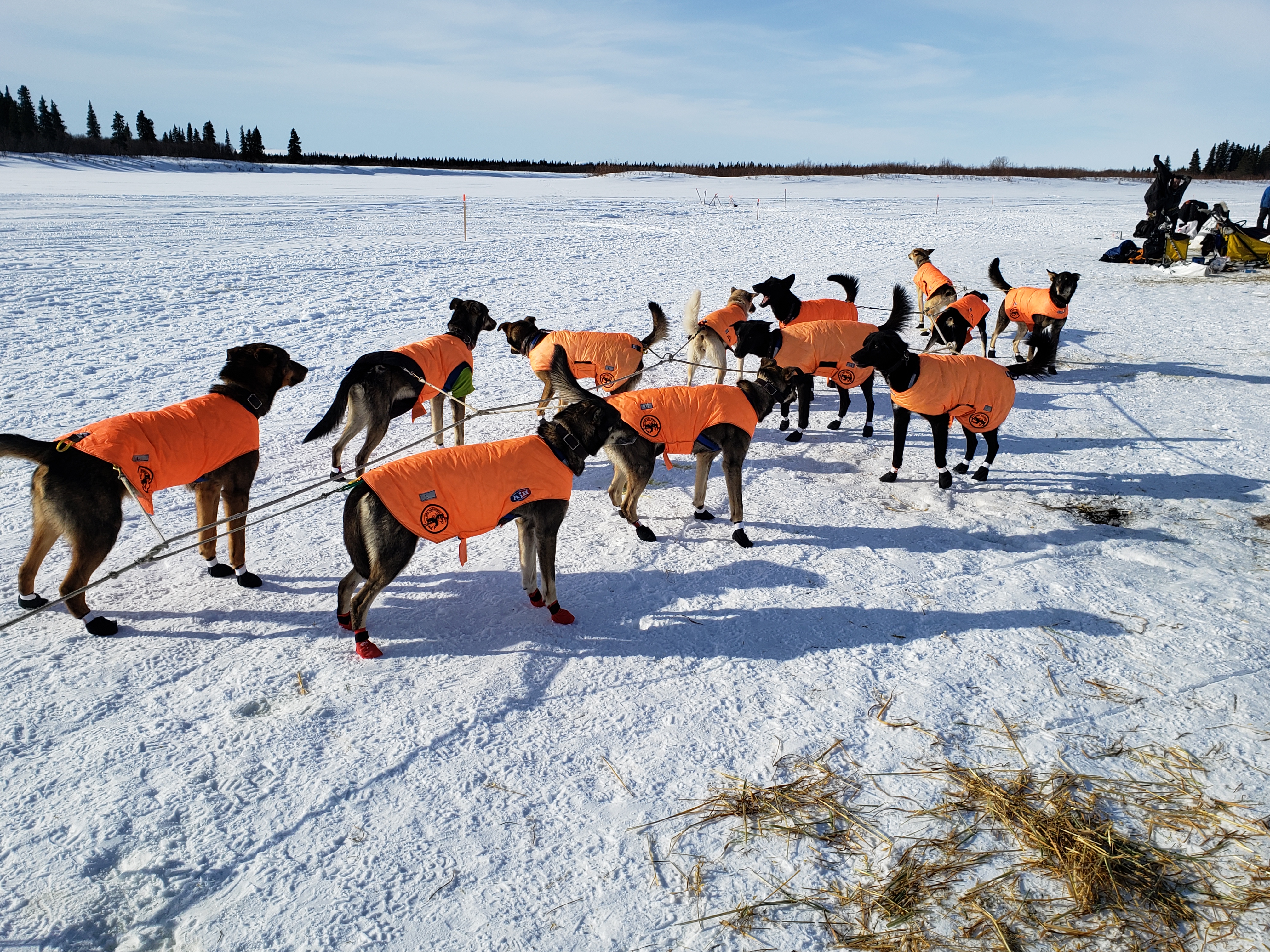 Uhhh, lets get back to her quickly… 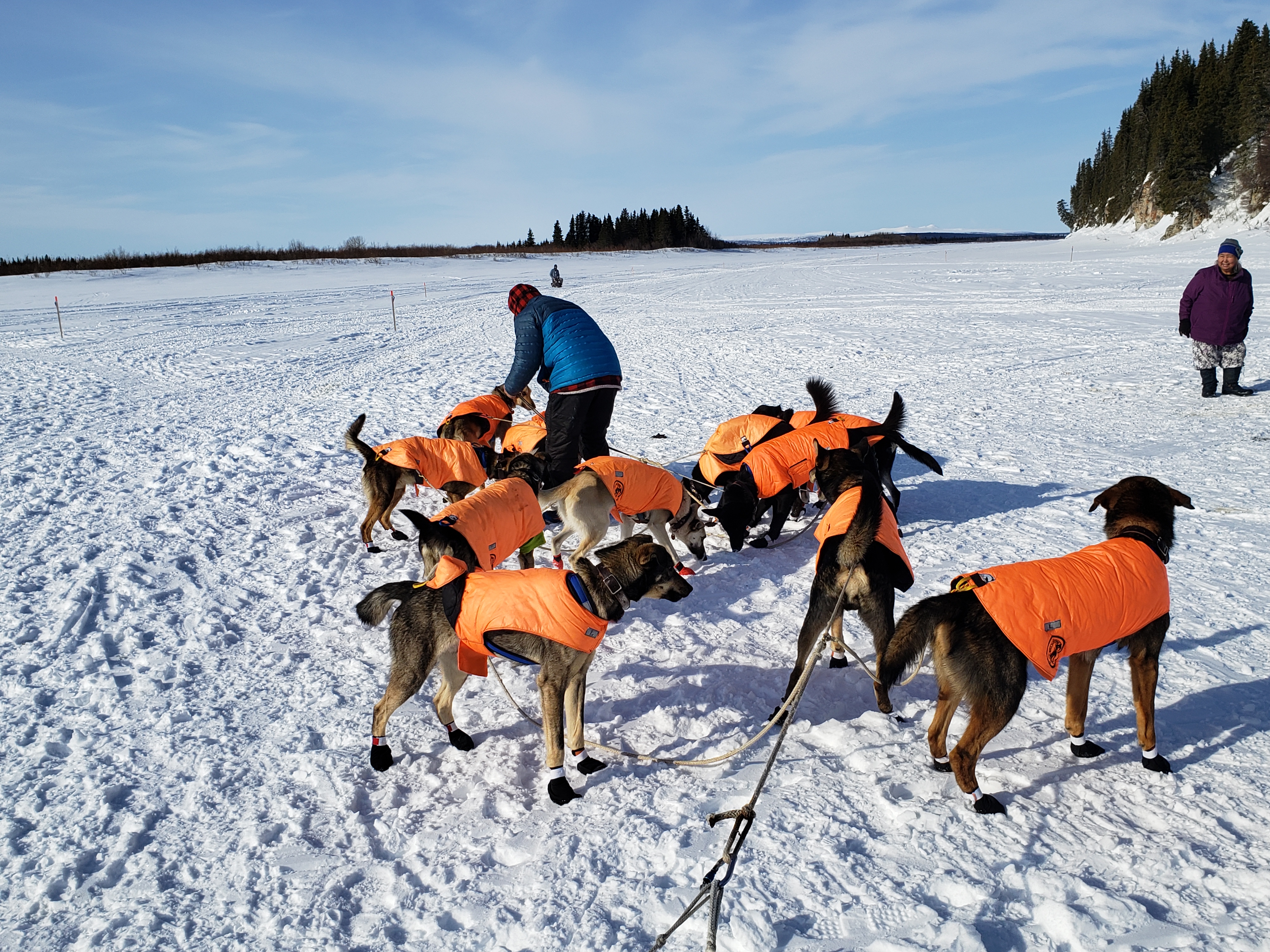 No, Noooooo, leave her alone 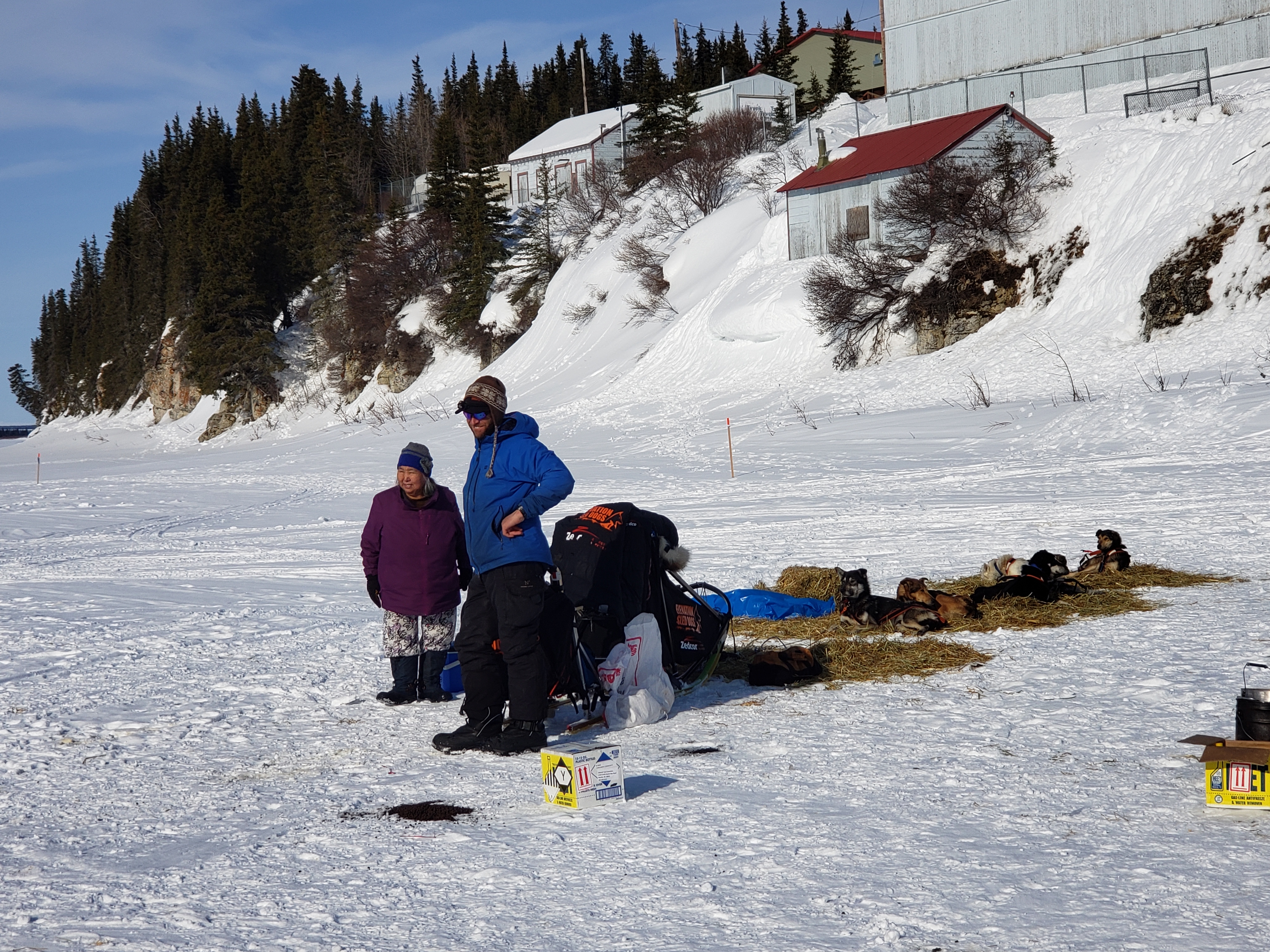 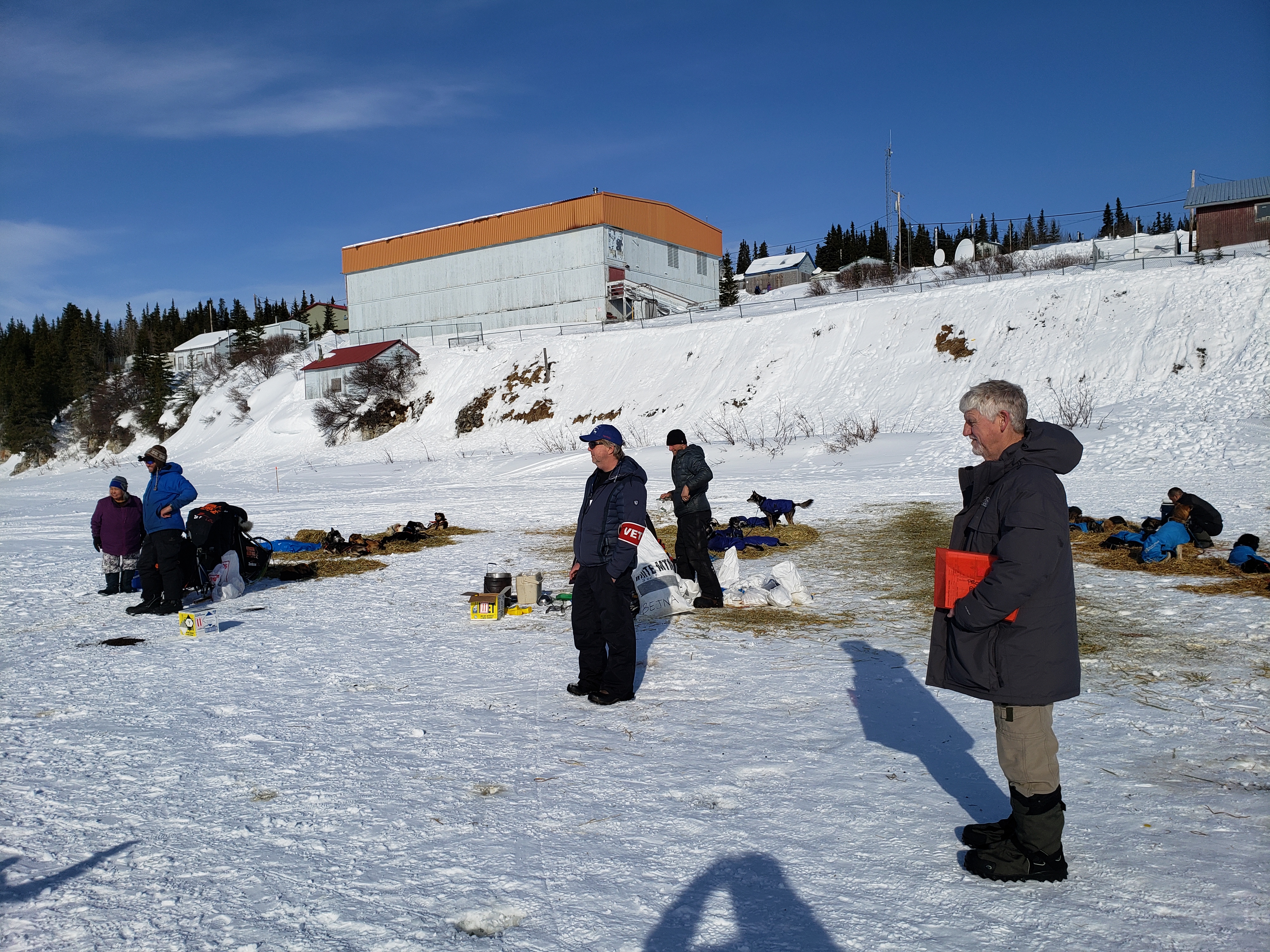 And the Vets are onlooking too, now this is fun! 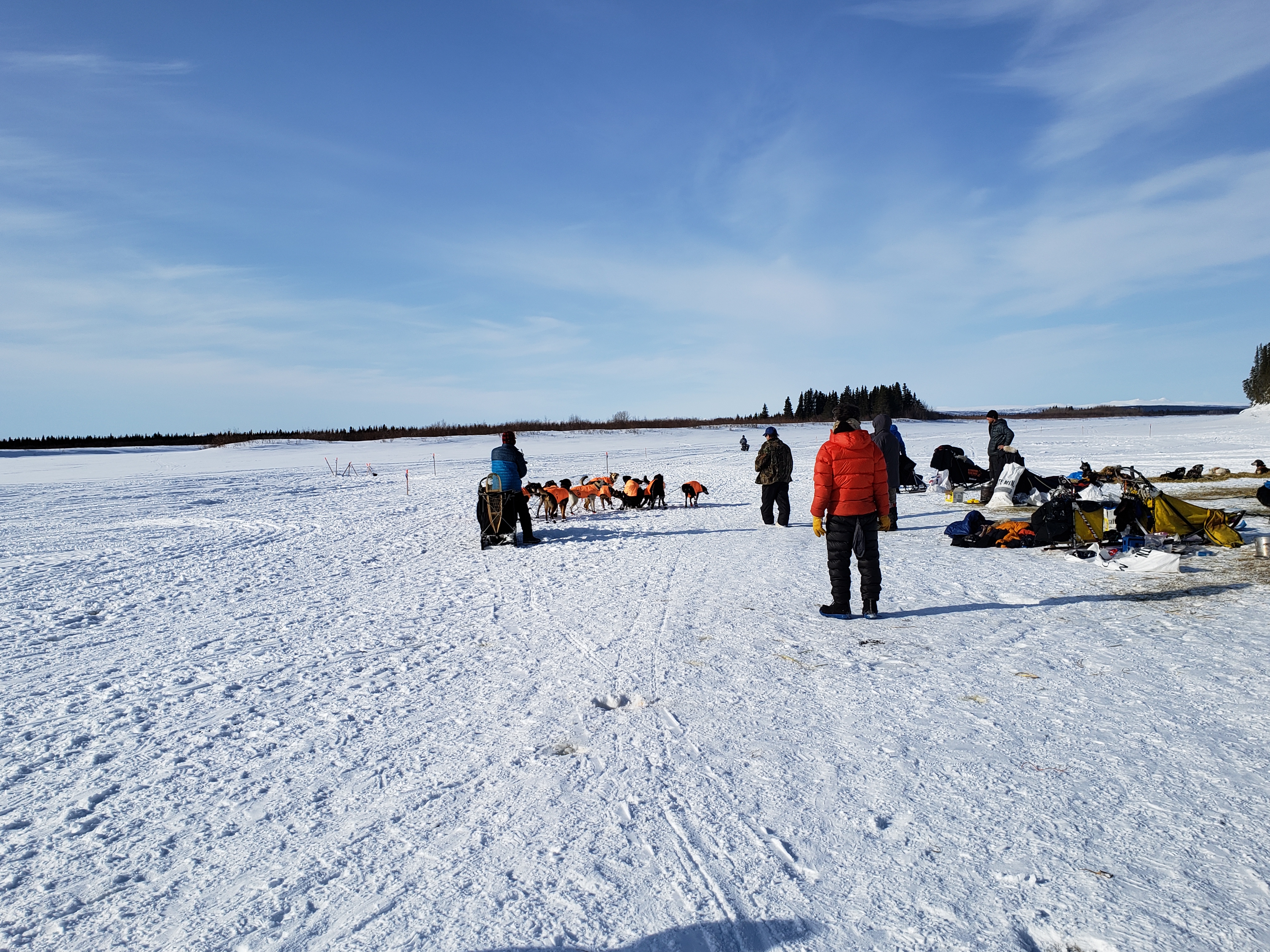 Martin finally leaves…. and off he goes…