As I write this the first teams are arriving into Finger Lake with Richie Diehl getting in at 6.50 a.m. His runtime with 4.54 is about half an hour slower than last year ( Pete Kaiser 4.25, Jessie Holmes 4.23 ). With Richie resting in Finger Lake, he is soon to be passed by teams who rested along the trail. 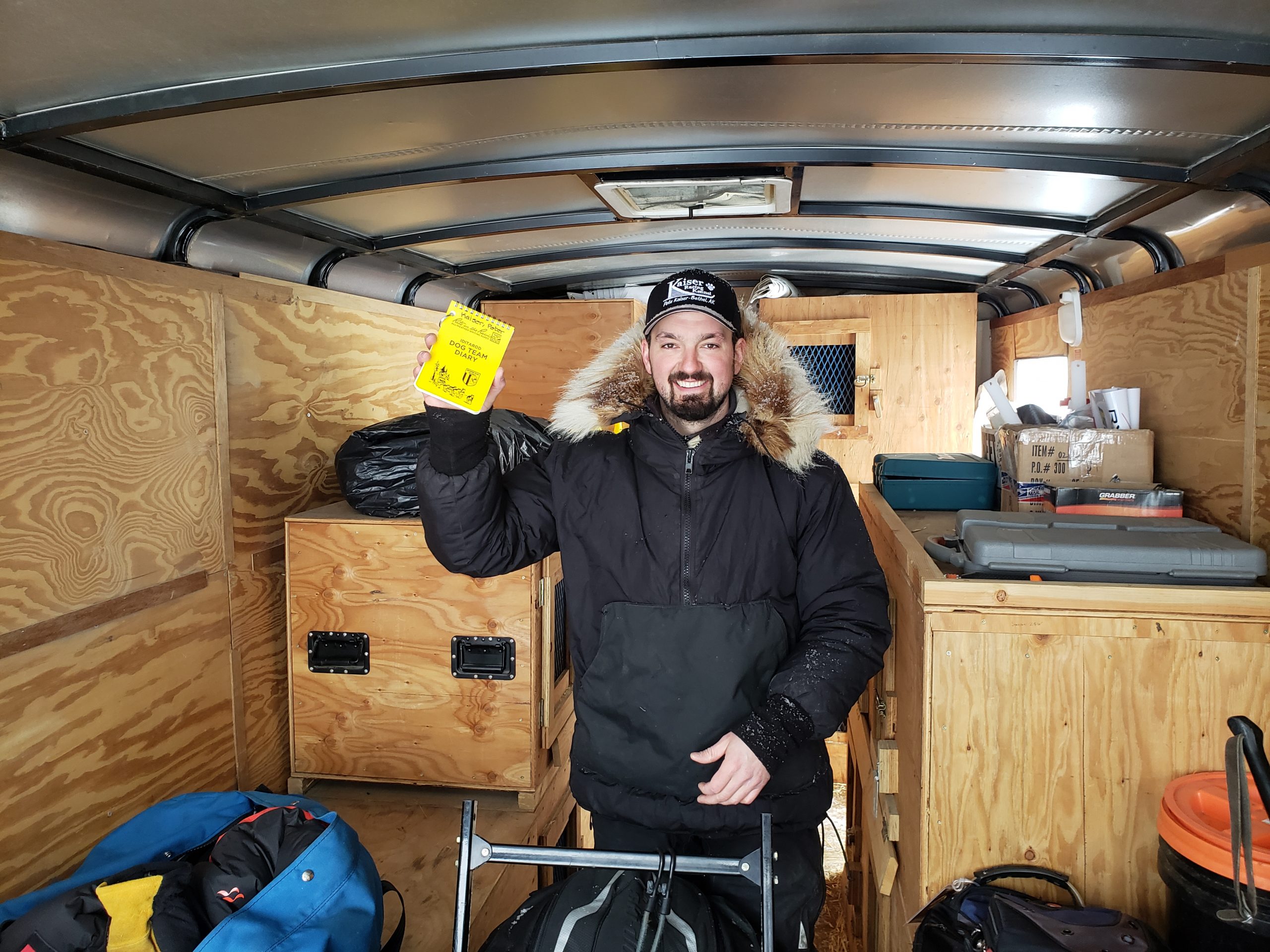 So this year, despite the deep snow ( it is still snowing in Willow ), teams have  ” lost ” about 2 hour travel time in total. Pete Kaiser is the 1st team out at 8.05 followed by Travis Beals at 8.09. Being out front at this point of the race is somewhat crucial when it comes to navigating ” The Steps “. With each passing team, the brakes will leave a deeper rut. Until about the 15th team down, that rut will develop into a deep trough, which makes getting down the steps quite a bit more difficult. I learned that the hard way in my early races….Hopefully those guys do not have to deal with too many ornery moose leaving Finger. They are thick in that part of the world. One year taking the iron dog down, trying to stay ahead of the mushers, I had to backtrack 3 miles with a moose making it very clear who was boss out there.

Looking at the big picture, the slower travel time is not necessary a bad thing. For one it puts the mushers on a nice daytime schedule with getting into Rainy Pass a bit before noon. That way the teams can rest though the ” heat ” of the day. Same as humans… dog like afternoon naps. 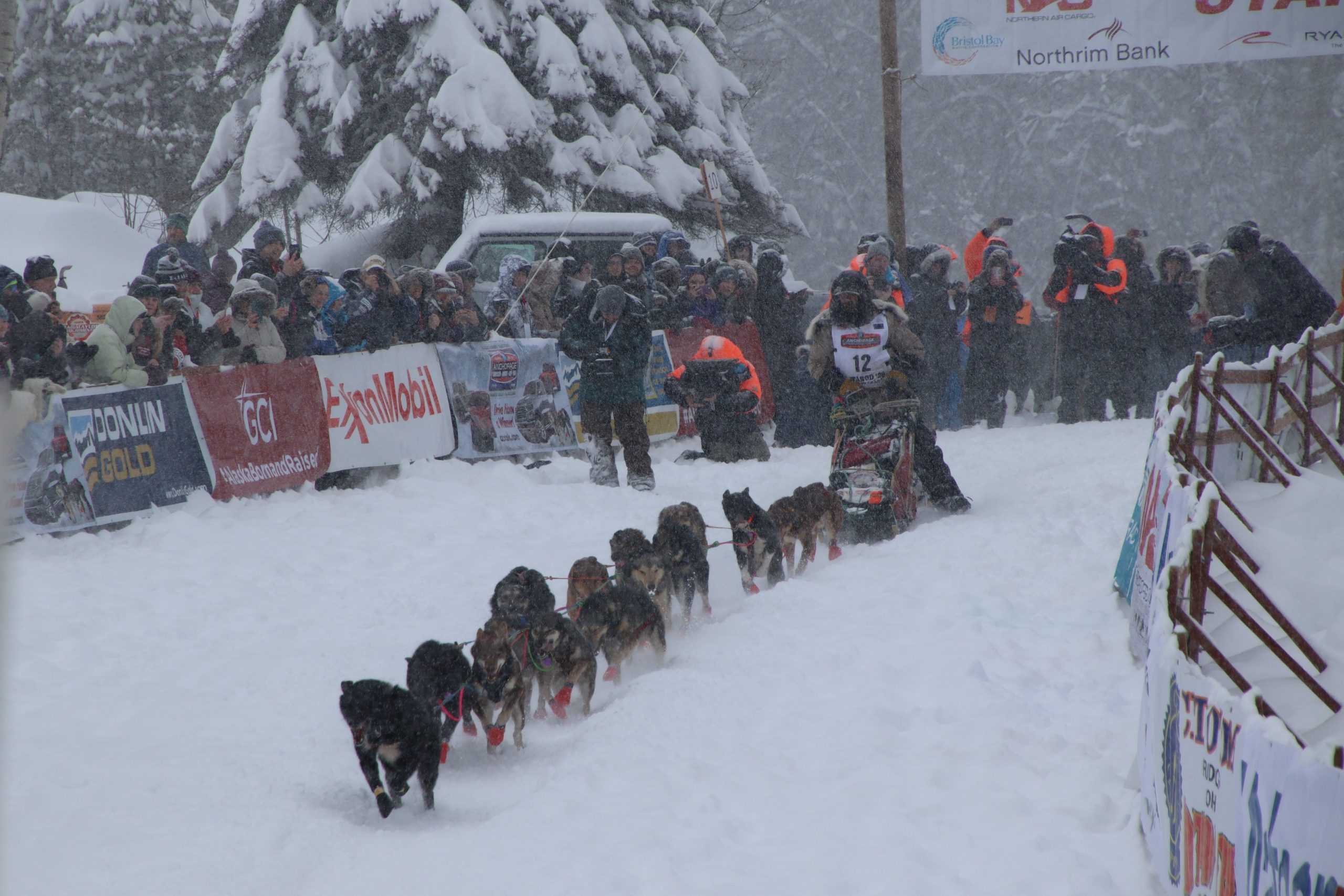 Rainy Pass can be a pretty noisy place to rest a team, with constant airplane traffic. Time will tell how that pans out today and if the weather will clear in time for planes being able to take to the sky. Right now, at least here from Willow flying is a no go, with snow still coming down.

Slower runtimes are also a bit easier on the dogs. Most teams are still driving full strings of 14 dogs. Jeremie Keller only started with 12 dogs. That is not necessarily a bad thing. A few years back in 2017 Sebastian Vergnaud started Iditarod with 12 and finished as Rookie of the year in 23rd place ( technically Robert Redington was 22nd , but he had started Iditarod before and made it further than the half way point to Galena and was no longer considered a Rookie ). 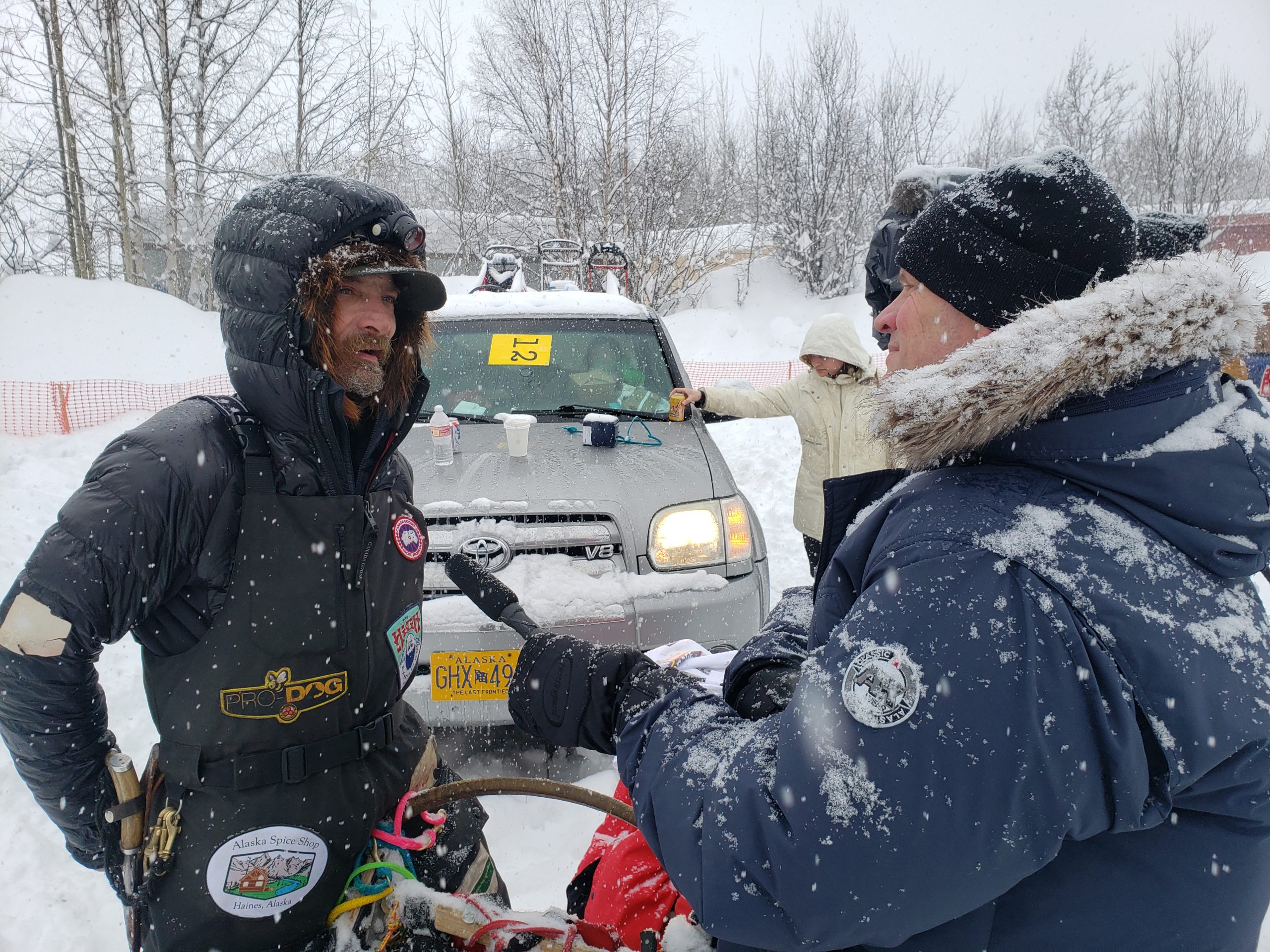 Most of the typical suspects have done a surge to the front. It is nice to see Lance Mackey right up there. Paige Drobny has been climbing the ranks big time, with being about 14th from having started last.  Time to dig out my little car and drive to Anchorage for the hurry up and wait game to begin….. hoping to catch a plane to Takotna later today!