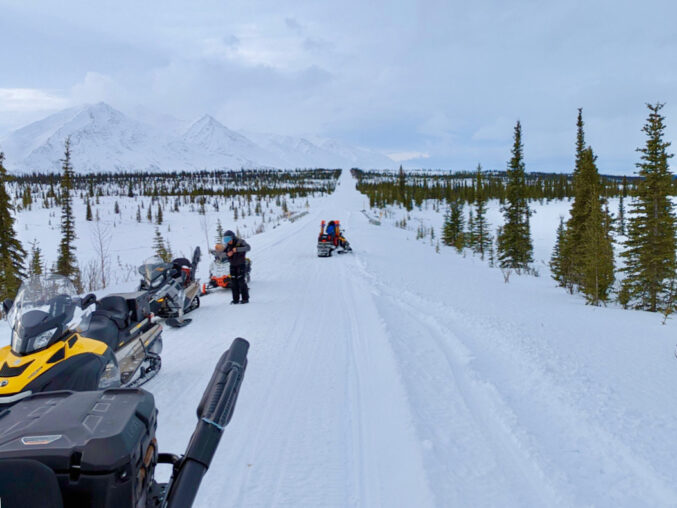 With the start and finish line moved up the Parks Highway to Cantwell.  The race will be run as a stage race with two sixty-three mile out and back runs on the Denali Highway.  The race was moved from the usual Knik/Willow start and finish due to copious amounts of overflow.

Mother Nature has dumped ginormous amounts of snow in the area and has turned the thermostat up during the month of February.  Both of those conditions create overflow.  The snow becomes even heavier when the temperatures are warm.  Heavy snow pushes down on the river and lake ice which then squeezes the water up through cracks in the ice and up and over the edges.  The water then flows over the top of the ice creating overflow.  Mushers are adept at managing a little overflow but this is a year of superabundant overflow.  In a prudent move, race officials decided to move north. 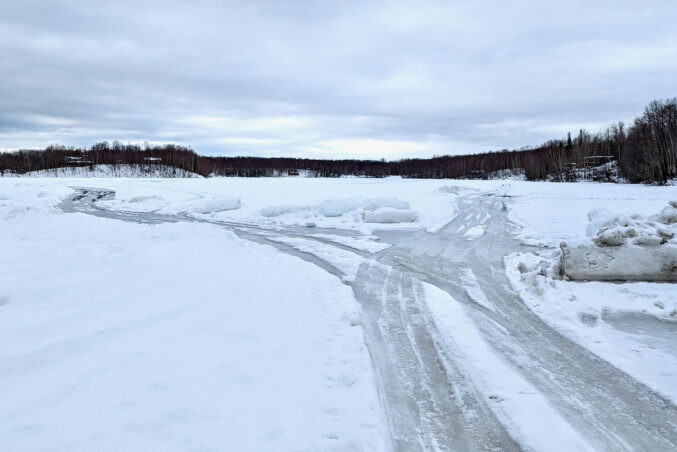 Teams and volunteers arrived in Cantwell on Friday.  Trail crews went out on snowmachine to mark the trail and create the turnaround.  Veterinarians went through the teams doing physical exams and checking paperwork.  Other race organizers brought the prizes and began organizing for the musher meeting and Sunday finisher’s banquet.  Bibs were drawn and the kids met with the race marshal Dakota Schlosser and there were plenty of dog chores to keep up on throughout the day and night.  Get the idea?  Cantwell was a busy place on Friday with the move and preparing for the 10:00 Saturday start.  It will get busier over the weekend as the mushers take to the trail. 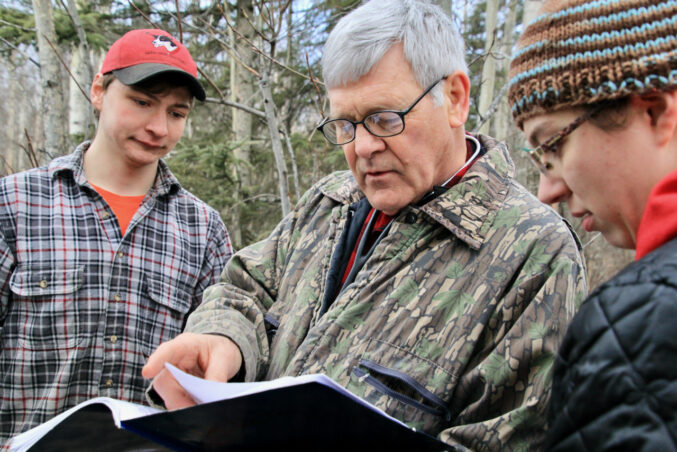 Julia Redington, a former Jr. Iditarod Musher and current Board member has provided the prize breakdown. $20,000 for Scholarships for 1st – 5th place, and special awards (Sportsmanship and Humanitarian) is funded through Iditarod.  Janssen Funeral Home has donated and additional $5,000 to the purse that all participants will receive Scholarships.  Scholarships can be applied to any higher education or specialized training.

Area businesses are incredibly generous in supporting the Jr. Iditarod with prizes that go to every musher.  In addition, Northrim Bank purchases a Jason and Melissa Stewart sled and bag combo that’s awarded to the winner.  This year, Dan and Josh Schlosser of Sled Dog Systems are donating a sled complete with bag that will be awarded through a random drawing to a musher finishing in 2nd – 15th place.

In a speech delivered at the Finisher’s banquet a few years back, Jessica Klejka called the Jr. Iditarod the race kids beg their parents to compete in.  She is so right!  Klejka is a Jr. Iditarod champion, an Iditarod Veteran and practices Veterinary Medicine.

Former participants Barb Redington, Julia (Flodin) Redington and Emily Dinges  currently serve on the Board.  Dakota Schlosser, a veteran of the Jr Iditarod and Iditarod is the 2022 Jr. Race Marshal.  Once they experience the Jr. Iditarod they continue to give back!