Eye on the Trail: Anticipation of Iditarod 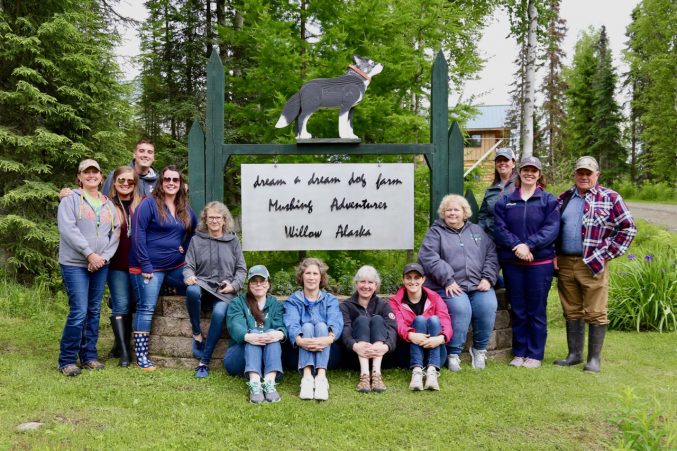 There’s plenty of anticipation in Alaska’s Iditarod this final week of June.  Teachers at Iditarod Teacher’s Summer Camp are anticipating soaking up a ton of knowledge on using Iditarod as a theme for education.  Brian Hickox is anticipating the excitement and his responsibilities as the 2019 Iditarod Teacher on the Trail™.  Mushers, both rookies and veterans, are anticipating the 2019 Iditarod prior to Saturday, the opening day of sign up.  Mushers signing up in person at the picnic on Saturday will anticipate the possibility of winning their 2019 entry fee.  Junior mushers will anticipate the JR Iditarod as Saturday is also the first day for the teens to sign up.  Iditarod volunteers anticipate and look forward to the delicious food served by Golden Corral at the Volunteer and Musher Signup Picnic. 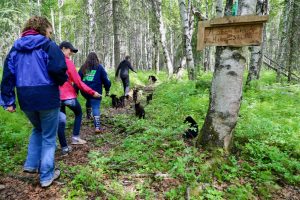 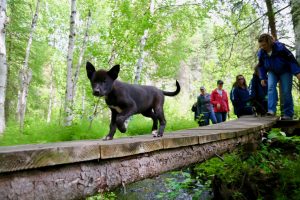 Right now Teacher’s Camp is based at Vern Halter’s Dream a Dream Dog Farm.  Sessions for the teachers are both hands on and knowledge based.  The day starts and ends with puppy walks.  There are eleven puppies at Dream A Dream that are thrilled to trot on the trails near the kennel under the supervision of mushers, Vern Halter and Cindy Abbott, with the teachers joining in.  The current litter is two-months old with energy, cuteness and curiosity to spare.  Each of the pups of the litter is named for a candy bar. 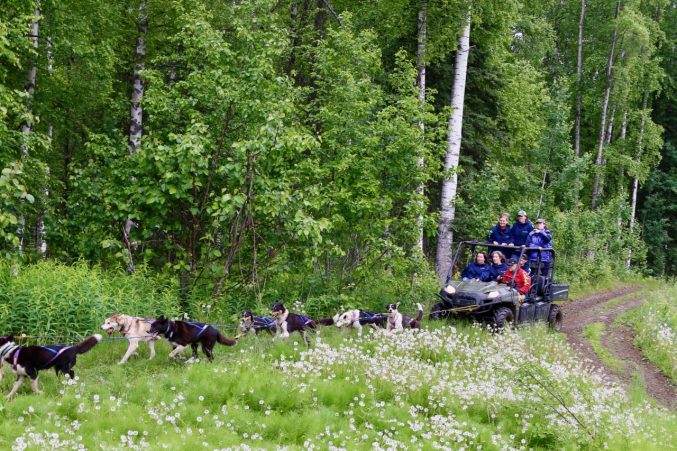 Summer Training with the 4-Wheeler

Teachers learn how to harness and boot sled dogs and participate in cart rides that serve as summer training runs for the adult dogs.  Hooking up the dogs for a run is a noisy affair.  As soon as the harnesses and the 4-wheeled cart appear, the dogs are jumping, lunging and barking as if to say pick me, PICK ME!  Once the team is harnessed and departs down the trail, the excited barking ceases and is replaced by a mournful howl from the dogs that weren’t chosen to run.  The dogs love to run and there’s no question about it! 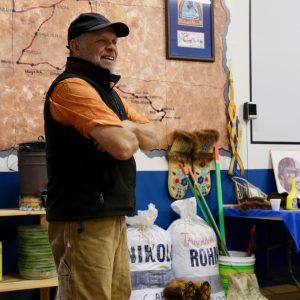 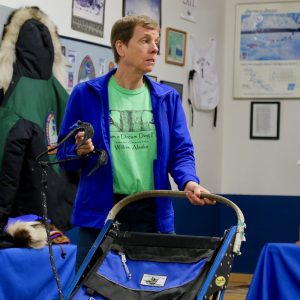 Mushers Vern Halter and Cindy Abbott shared their mushing knowledge and experiences on the Iditarod Trail in a session called Iditarod 101.  They covered every topic from sleds to drop bags to the Northern/Southern routes, run-rest schedule, musher gear and dog gear.  Halter is a veteran of eighteen Iditarod runs finishing in the top 10 nine years.  He’s a Yukon Quest Champion.  Abbott has completed Iditarod in 2015 and 2017, earning Red Lantern honors in both races. 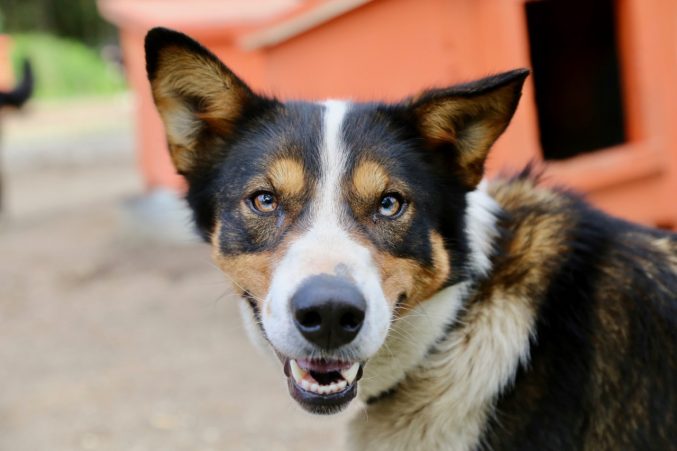 During the week of anticipation, teachers are gaining invaluable knowledge and experience for using Iditarod as a theme for education.  Iditarod offers real life applications that captivate, motivate and energize students as well as teachers.  We anticipate a session with Iditarod Champion, Joar Leifseth Ulsom, and a visit by Rick Casillo.  Enjoy the photos of activities at Iditarod Summer Teacher’s Camp and check back for more happenings.