Eye on the Trail: FBX2NOME before the start 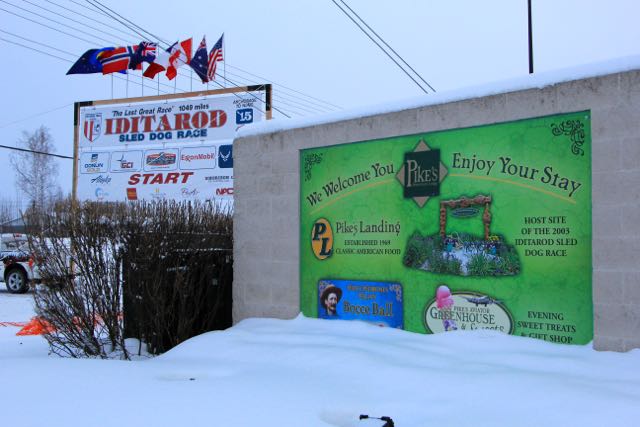 Iditarod Headquarters in Fairbanks is located at Pikes Lodge.  It was a hustling bustling place early this morning.  Hundreds of volunteers came to sign in and get their assignments.  Folks will be helping out as dog handlers, trail security and a multitude of other important to duties to get the mushers and dog teams on the trial.  The city of Fairbanks has enthusiastically welcomed Iditarod.  With relocating to Fairbanks, the race has become as much of an adventure  for the volunteers as it is for the mushers.

Key race personnel are awaiting transport to early checkpoints.  As soon as there’s daylight, they’ll be in the air.  Bibs were being organized for efficient distribution to mushers.  Media people are getting the cameras set up for live viewing of the start.  The dog lot is plowed and marked as to where each team is to park.  All these things are routine in Willow.  There’s been plenty of advanced planning here in Fairbanks and everything is coming together.  It feels like anything Iditarod has asked, the Fairbank’s and Pike’s Lodge answer has been yes. 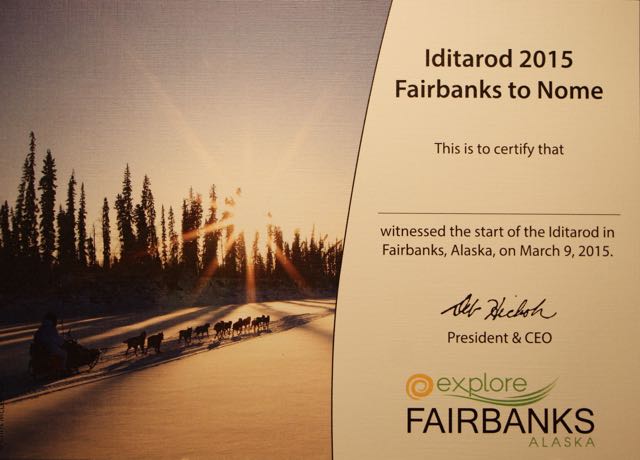 Explore Fairbanks has created a commemorative certificate – Iditarod 2015 Fairbanks to Nome.  This is to certify that (insert your Name) witnessed the start of the Iditarod in Fairbanks, Alaska, on March 9, 2015.

This is only the second time in the history of Iditarod that the start was moved to Fairbanks.  To commemorate that event in 2003, there’s a mural on the outside of a building at Pike’s River Lodge. 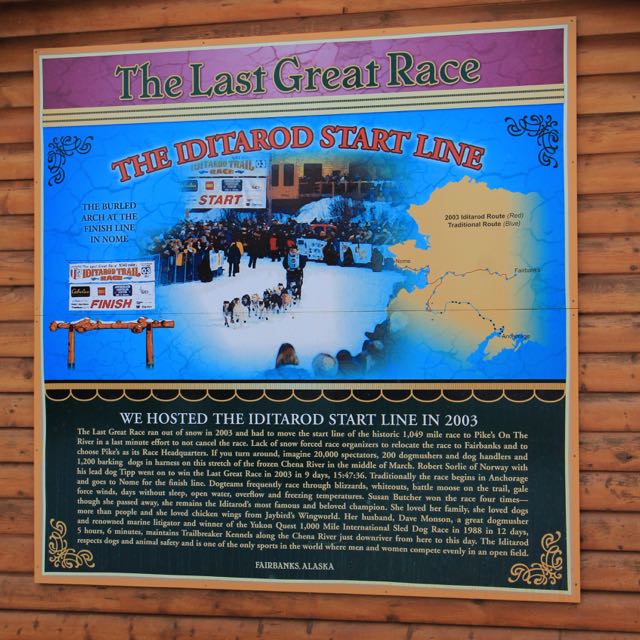