Eye on the Trail: Finale for Gallea 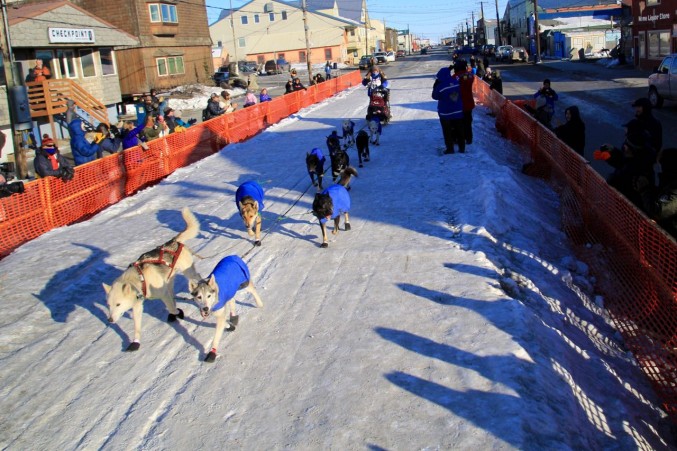 At the Finisher’s Banquet in Nome last year, Cindy Gallea announced it would be her last Iditarod.  Needless to say I was surprised to see her at the Wednesday pre-race vet check.  Having said, “Last race,” Cindy also said, “It’s difficult to let go of something that is deep in my soul and that gives me the opportunity to run my dogs for days through the beauty of Alaska.”  So Cindy Gallea came back for what she says is her LAST Iditarod.  She’s at the Burled Arch with tears in her eyes.  Her sons and father are there to share and celebrate this important moment with her.  Knowing the decision is right, doesn’t make it easier. 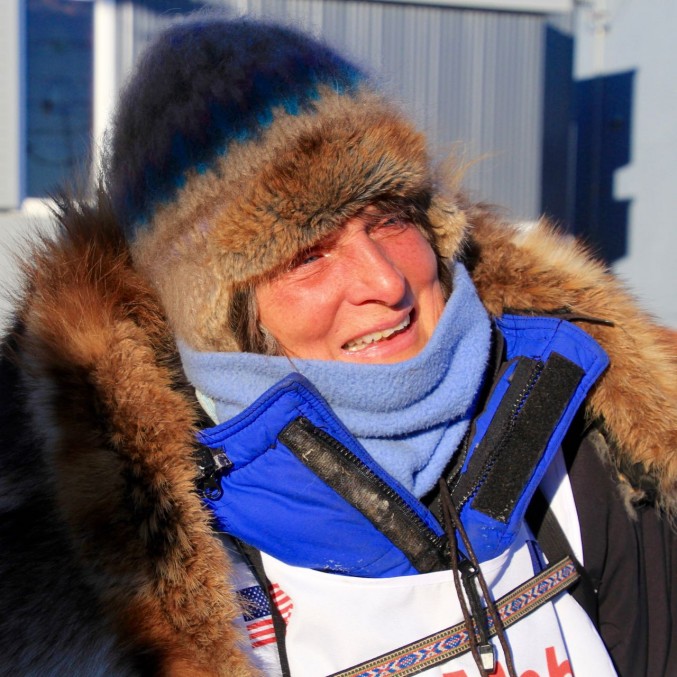 She grew up on a farm in Minnesota loving the out of doors and interacting with animals.  Graduating from the University of Washington with a degree in nursing, Cindy works as a nurse practitioner.  Gallea found her way to mushing paradise, good training and breathtaking views, in Montana.  The more she ran dogs, the more she loved the sport.    Currently, she lives and practices in Minnesota where snow can be abundant or on the skimpy side.

Out of fourteen Iditarod starts, Cindy has scratched twice.  Today’s finish makes and even dozen.  The mayor of Nome said it very well as he thanked her for coming to Nome, “Congratulations.  Thank you for your grit, your courage, your stamina, not to mention your fabulous puppies.”

Even though Cindy has said it will be my last Iditarod at the last three finisher’s banquets, this really is her last one.  When Interview by Iditarod Insider, Gallea said that there were other things calling for her attention and that it’s not always easy to train where I live.  It’s time to do other things.  It’s hard to let go but it’s time to make that move.  Iditarod has been incredible.  She joked saying, “I could have spent all this money on therapy and it would not have been anywhere near as helpful.  Now I just need to keep working to pay off my Iditarod debt.”

Looking at Gallea’s Iditarod career, she made her first run in 1998.  Her best time was 11 days, 7 hours and 56 minutes.  Her highest place finish is 33rd.  For her finale Cindy finished in 70th place with a time of 13 days, 3 hours and 46 minutes.  Congratulations on a beautiful Iditarod career.  The Iditarod Trail Sled Dog Race is better because you have been a part of the race.