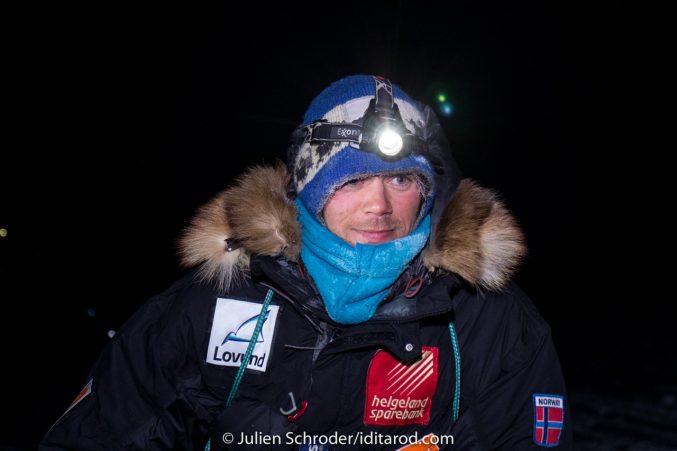 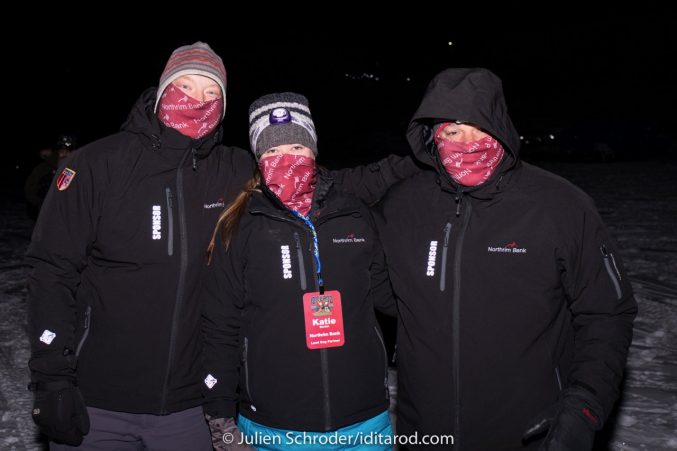 From the Iditarod Press Release, “We’re proud to be a Lead Dog Partner of the Iditarod, supporting this timeless Alaska tradition and celebrating the first musher in to White Mountain with the Northrim Bank Achieve More Award,” said Ballard. “The Iditarod itself inspires fans to ‘achieve more’ and as an Alaska grown bank, we at Northrim applaud that pioneering spirit.”

Joar departed Koyuk at 17:52 late Monday afternoon. Nicolas Petite followed him at 18:13 and Mitch Seavey at 21:08. What their thoughts were about taking a rest in Elim would soon be revealed. On a year with faster trail, less snow and wind, mushers could go through Elim to White Mountain with stops for snacks for a total run of 94 miles. Looking to the required 8-hour White Mountain rest, Joar chose that option last night.

Nicolas, deciding to rest in Elim, broke the run into two segments. He arrived there at 01:44 and rested until 04:05 before heading to White Mountain, 46 miles away. Mitch Seavey followed suit, departing Elim at 05:54. At this point, Ray Redington Jr. and Peter Kaiser have departed Koyuk. Their run strategy will unfold in the next couple of hours.

Joar will spend 8 hours at White Mountain preparing for the 77 miles to Nome. The miles between White Mountain and Nome are anything but easy. The mushers negotiate Topkok Hill and often experience severe wind in blowholes along the way. Joar will depart White Mountain at 15:52. Making an educated guess using run times for champions of previous years from White Mountain to Nome, Joar should arrive at the Burled Arch around midnight.