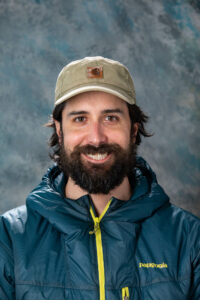 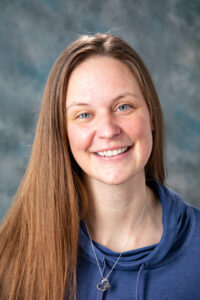 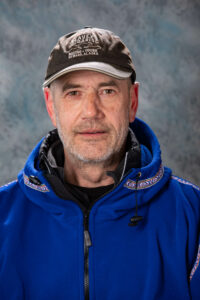 March 18th certainly didn’t turn out as expected.  It was an incredibly hectic day for race officials even though no one made the finish line in Nome.  It was a day when mushers would need to make critical decisions for the safety of their dogs and themselves.  It was a day when people came together to help those in need.

Word at White Mountain was that the winds on Topkok and through the blow hole were cranked up but that didn’t stop Riley Dyche, Jeff and KattiJo Deeter, Sebastien Dos Santos Borges, Bridgett Watkins and Gerhardt Thiart from signing out of White Mountain and heading to Nome.  The further they ventured from White Mountain, the worse it got.  They were fourteen miles into the run at mile 914 when bad turned to worse and worse turned to impossible in the Topkok Hills.

What caught the attention of race fans, family and friends was the “resting status” of all those mushers in the area of the raging storm. They rested for many hours and concern grew.  Out of that concern, Race Marshal Mark Nordman and key area personnel implemented actions to locate and assess the condition of the dogs and mushers.

Eventually the Deeters and Borges joined Riley Dyche at the Nome Kennel Club Safety Cabin located at mile 926.  To them, the rustic cabin must have felt like the most elegant hotel on the planet.  The dogs could be sheltered from the wind while the mushers warmed themselves and waited out the storm.  Riley Dyche called it a giant dog party with about 30 dogs attending.

It was the teams sitting further back experiencing winds that Gerhardt Thiart and Sean Williams both assessed to be 40 to 45 mph.  While one of the assisting snow machiners said the visibility at times was reasonable, it was the combination of wind, blowing snow, ice and gravity that halted progress for Thiart, Williams and Watkins.  They hunkered down using their sleds to shelter the dogs and themselves.

Thiart eventually activated his emergency beacon.  Ed Stang, a local resident, happened to be on the trail with snowmachine and assisted Thiart who along with his team was transported back to White Mountain.  Thiart was then transported to Nome via Bering Air to be evaluated for a leg injury.  In White Mountain his dogs were fed, bedded down and checked by vets.  All were in good condition.

Bridgett Watkins made a phone call to her family in Nome from Topkok asking for assistance.  Scotty, her husband, had left Nome much earlier to help the stranded mushers.  White Mountain search and rescue was also activated.   Scotty transported Bridget to White Mountain and she was evaluated at the local health clinic before being transported to Nome by Bering Air.  The family posted on social media that Bridgett has some cold exposure and a broken clavicle but has a bright smile is is happy to be resting with family in Nome. Watkin’s dogs were assisted back to White Mountain where they were checked by vets, fed and bedded down.  Like Thiarts’s team, the Watkins dogs were all in good condition.  As a result of the rescue efforts, Thiart and Watkins have scratched from the race as has Sean Williams.

Williams describes his ordeal in the wind in an Insider video clip.  The winds completely overpowered him and the dogs.  Williams describes running his sled like a catamaran, heeling and skating on one runner.  With the icy, wind scoured trail, lack of visibility and sloping contours they were helpless.  They were simply being blown across the landscape of Alaska and powerless to move either toward the Safety Cabin or back to White Mountain.  Williams created a shelter for himself and the dogs using the sled anchored by snow hooks until being assisted by the Iditarod trail sweeps and Search and Rescue of White Mountain back to White Mountain.  Sean’s dogs were assessed by veterinarians and were all in good condition.

Mark Nordman thanks the Alaska State Troopers, Edward Stang, White Mountain Search and Rescue, the Iditarod Trail snowmachine crew and the local volunteers who assisted with these rescue responses.

Four mushers in White Mountain, Yuka Honda, Apayauq  Reitan, Kailyn Davis and Eric Kelly have served their required eight hour White Mountain rest but are holding in White Mountain until the storm lays down before heading out to Nome.  Riley Dyche has left the safety cabin for Safety Checkpoint.  Jeff and KattiJo Deeter and Sebastien Dos Santo Borges remain at the Safety cabin at mile 926.

When Jody Bailey of Dew Claw Kennel finished the race a few years back, she was asked how the run was. She responded that the red line on the map is the same every year, but the journey is always different.  This year the journey was different from front to back and from team to team on the trail, especially for the final eleven teams.  It’s been a resounding theme that began with Brent Sass and has continued from Tuesday into Friday – the winds on Topkok are brutal, some called them gnarly or hellacious and some simply said it was 2014 all over again.  You’d have to ask Jeff King, Aliy Zirkle and Dallas Seavey about that one.