Eye on the Trail: Red Lantern to Kaltenborn 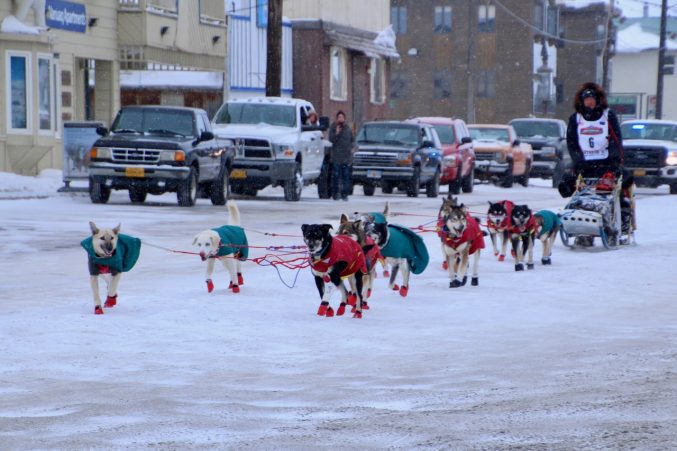 As the final musher to cross the finish line of the race, Magnus Kaltenborn wins the Red Lantern Award. It’s also his responsibility to extinguish the Widow’s Lamp. The two “lanterns” have different traditions and significance. Incidentally, the Champion, Joar Leifseth Ulsom and the Red Lantern musher of Iditarod XLVI are both Norwegian born.   Out of a field of sixty-seven mushers, fifty-two completed the race.

With conditions as they were, Joar ran an incredible race. To solidify the point of how slow, difficult and challenging the trail was, compare his winning time to other winning times using the race archives. In 2009, Lance Mackey’s winning time was 9 days, 21 hours and 38 minutes. Every race until this year has been faster. Joar Leifseth Ulsom was rookie of the year in 2013 in 7th place with a time of 9 days, 12 hours and 34 minutes. Five years later, Joar is the 2018 Champion with a time of 9 days, 12 hours and 0 minutes. And, what about the red lantern time? Cindy Abbott is the only musher to have a Red Lantern time faster than Kaltenborn’s. In 2017, Abbott finished in 12 days, 2 hours and 57 minutes. 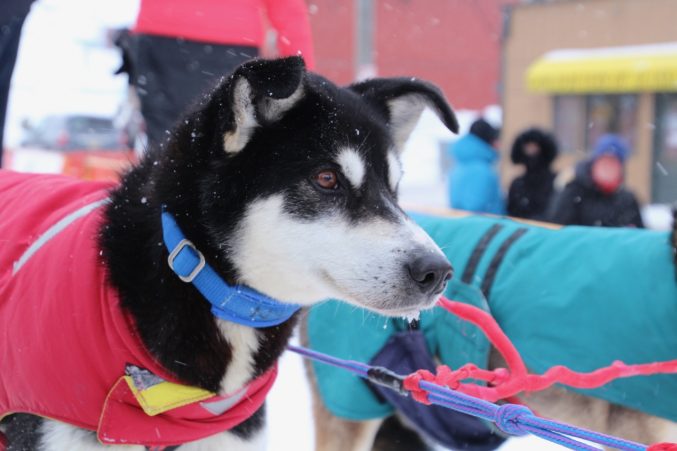 Magnus Kaltenborn became interested in mushing when as a teenager, he watched fellow Norwegian, Robert Sorlie win the 2003 Iditarod, a feat Sorlie duplicated in 2005 on the actual southern route. Five years later, Magnus came to Alaska to apprentice with Martin Buser. Magnus took Buser’s puppy team to Nome in 2011. He finished in 33rd with a time of 11 days, 11 hours and 55 minutes. After three years at Happy Trails Kennel, he went back to Norway and put his mushing knowledge to work there. In 2012, he moved from Norway to the Yukon to train dogs and enjoy the wilderness. 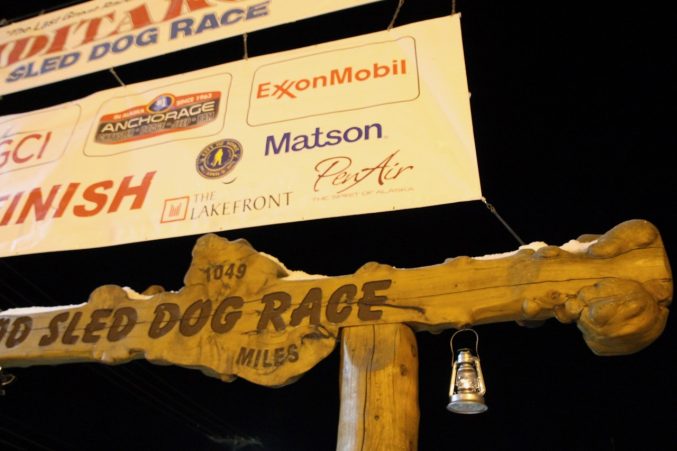 The Widow’s Lamp evolved from the days of sled dog freighting and mail carrying. Dog drivers in those days depended on a network of roadhouses that were about a day’s worth of travel apart between their village stops. For the safety of the drivers who ventured out in all kinds of weather, a system was developed. Word was relayed ahead that a musher and team were on the trail. A kerosene lamp was lit and hung outside the roadhouse. It not only helped the driver find his destination at night but it also signified that someone was somewhere on the trail. The lamp was extinguished when the driver and team safely reached his destination. In keeping with the tradition, the Widow’s lamp is lit on the first Sunday of March and hung on the Burled Arch Nome.  When the final musher crosses the finish line, he or she is asked to extinguish the Widow’s Lamp. 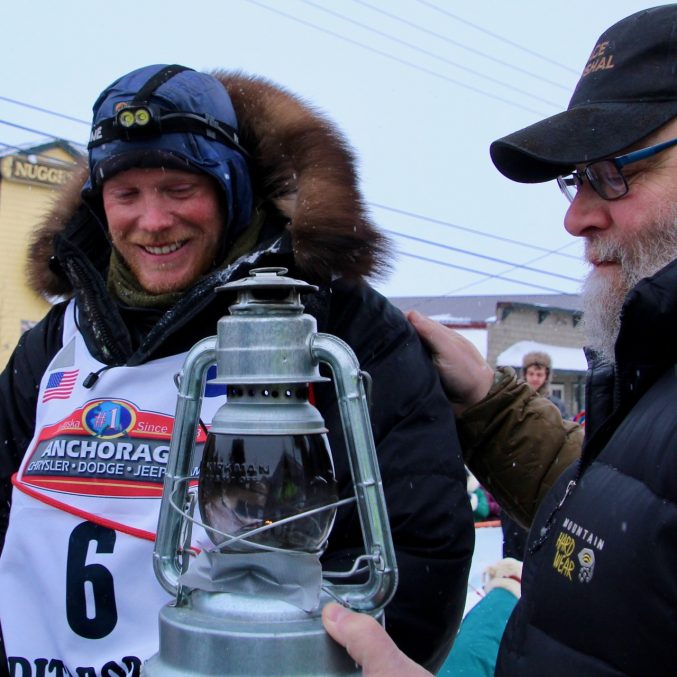 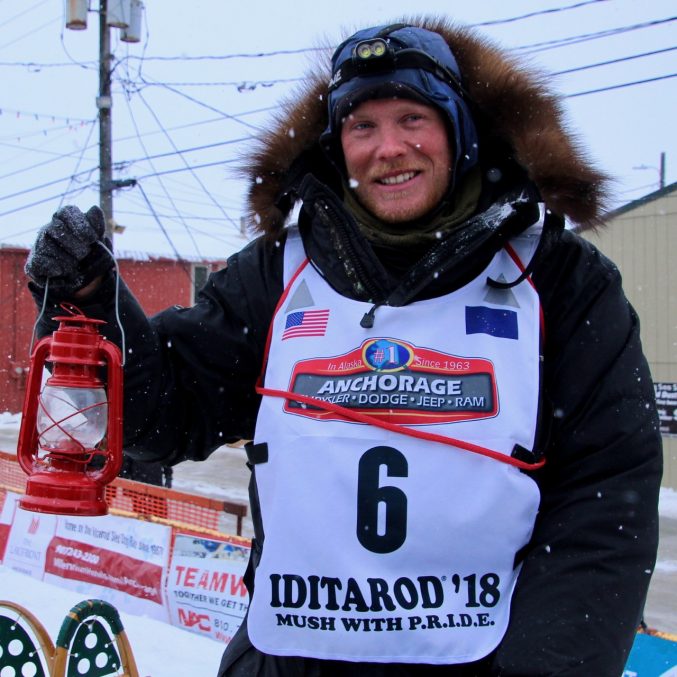 Kaltenborn with the Red Lantern

The Red Lantern has a different significance than the Widow’s Lamp.   An article in Alaska Magazine from years ago states that the first Red Lantern was awarded in the 1953 Fur Rendezvous Race. Quoting from the article, “Awarding a red lantern for the last place finisher in a sled dog race has become an Alaskan tradition. It started as a joke but over time has become a symbol of stick-to-itiveness in the mushing world.” Perseverance is a life-skill that students can learn from the real-world applications provided by the mushers of the Last Great Race®. There was plenty of perseverance shown in the 2018 Iditarod.