Eye on the Trail: Remembering Lance 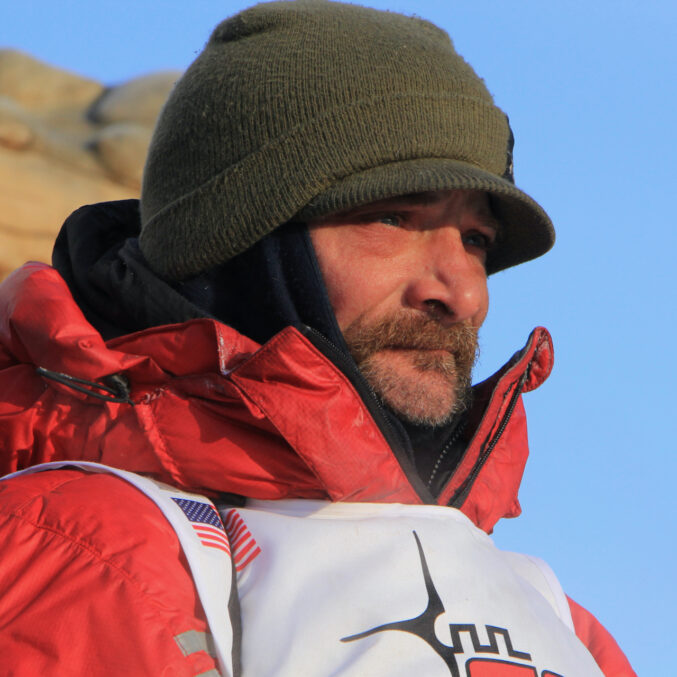 Lance Mackey at the Finish Line of the 2015 Iditarod (Photo Credit: Terrie Hanke)

If there were a musher Mt. Rushmore carved into the towering rock walls that guide the Yukon River, surely Lance Mackey would be included.  The legendary and iconic Mackey, a winner of eight 1,000 mile races, passed away in early September at the age of 52.

Lance was born into a mushing family.  Father Dick, and brothers Rick and Jason are all Iditarod veterans.  Dick and Rick are champions.  Each earned Iditarod gold in his 6th race wearing bib #13.  Lance would be running his 6th Iditarod in 2007.  Back in those days, the first musher to sign up had the first choice of bib numbers.  In June, he camped at Iditarod Headquarters for an entire week prior to the first day of musher signup so he could be at the front of the line.  The family tradition held up as Lance won his first Iditarod on his 6th attempt wearing bib #13.

Along with the mountain top experiences of the birth of his three children, winning eight long distance championships, family time and time with his dogs while training and racing, Lance encountered loads and loads of challenging times.  School just wasn’t his thing.  He came up against drug abuse, addiction and treatment.  The lump he discovered on his neck during the 2001 race was stage four throat cancer.  The devastating surgery was followed by a long complicated recovery that included learning to live with the long term effects of radiation and without salivary glands.  When running the 2008 All-Alaska Sweepstakes, a snowmachiner hit Mackey’s sled and serious injured his famed dog Zorro.  Mackey lost his partner, Jenne Smith, in a 4-wheeler accident in the fall of 2020.  And then in 2021 a new cancer invaded his throat.  Treatment went well until it didn’t then fighting to the end, he lost the battle against cancer.

Liken the path of Lance’s life to the Iditarod trail and you’d have a rutted trail down the Happy River Steps, white out conditions in Rainy Pass, an icy rock strewn snow starved Dalzell Gorge, a snowless Farewell Burn, heavy snowfall between Ophir and Anvik, strong headwinds on the Yukon coupled with warm temperatures and soft trail, coastal ground blizzards on the way to Koyuk and gale force winds in the blow hole between White Mountain and Nome.   A determined Mackey would find his way through it all and savor the time with his dogs.

His dogs brought him through the darkest of times. He lived for his dogs.  When things got tough Mackey was just a little tougher.  As Raynaud’s Disease affected his hands, he adapted by wearing super-duper beaver mittens and using beaucoup handwarmers.  He figured out ways to work smarter so he could keep on working with dogs.  Because not working with dogs was unthinkable.

Mushers talk about the connection that Mackey had with his dogs.  Jeff King told Anchorage Daily News reporters, “I have memories of his dogs standing up and looking at him like the Messiah had just arrived.”  Jessie Holmes told the ADN team how he was inspired by Mackey saying, “Definitely, one of the most inspiring things is the way he connected with his dogs and what they would do for him.”

Love and understanding flowed both ways between Lance and his dogs.  Mackey’s dogs were welcome in the house and would often choose to sleep on his bed.  If at bed time Zorro, Larry, Lippy, Handsome, Rev or Maple occupied the bed Lance would grab a blanket and sleep on the floor.  He said, “They deserve the comfort more than I do.”

Lance had a hearty laugh, loved a good joke and was adept at strategy as Jeff King found out in Elim during the 2008 race.  Leading the race, King arrived in Elim just three minutes ahead of Mackey.  With 125 miles to go, King had his eye on a fifth win while Mackey was hoping for his second.  Jeff noticed Lance was bedding his team down for a rest.  King figured, if Mackey is resting, then he could too.  After feeding and bedding the dogs down, both mushers went into the checkpoint.  Both laid down for a snooze but Mackey had no intention of sleeping.  Once King fell asleep, Mackey dressed quietly, tiptoed outside, readied his dogs then took off for White Mountain.  When King awoke, he realized Mackey had faked him out but good.  With that move, Mackey gained 50 minutes over King and was able to claim his second Iditarod crown.

During the 2015 Iditarod, mushers experienced brutal cold on the first few days of the Fairbank’s route. Temperatures dropped to minus 60 degrees in Huslia.  The cold affected Lance’s hands – frost bite plus the pain of Raynaud’s.   It looked like Lance would have no option but to scratch.  Then his brother Jason came into the checkpoint with his team.  Realizing Lance would need his help to keep going, Jason set his own dreams aside for the 2015 race to help Lance to the finish.  They made a deal.  Jason would stick with Lance as long as Lance would show Jason how to race.

When the brothers arrived in Nome in 42nd and 43rd place, there was a very large crowd on hand.  Timing was perfect, as the annual finisher’s meeting had just adjourned for a break.  Mushers exited the Nome Nugget and went straight to the chute to offer support and congratulations through hugs and hand-shakes.  There was no doubt that fellow mushers respected the Mackey brothers,  Lance as a great dog man and Jason for becoming his brother’s keeper.  Lance was honored with the Sportsmanship Award and Jason received the Musher’s Choice Award (Most Inspirational) for the 2015 race, awards that are voted on by the mushers.

Looking at the record books, Lance did what most dog drivers considered impossible.  After completing Iditarod in 2002 (36th place) and 2004 (24th place), he conquered the Yukon Quest as a rookie in 2005.  He won the next three making it four Quest crowns in a row.  In 2007 he won his first Iditarod.  He won three more to claim four consecutive Iditarod crowns.  He’s the only person to have that distinction.  Mackey won both the Quest and the Iditarod in the same year, not once but twice – 2007 and 2008!  Impossible for anyone except Lance Mackey.

As a graduate of the school of hard knocks, Mackey chose the name “Comeback” for his kennel.  It describes what Lance has done time and time again throughout his life.  He is an inspiration to his fans, fellow mushers and family.

Lance has written an autobiography published in 2010, The Lance Mackey Story, that follows his chaotic life from boyhood to Iditarod Champion sharing his struggles and the role of his sled dogs in saving his life.  Mackey is also  the subject of a movie released in 2015, The Great Alone.  The movie is a documentary that shares the story of Mackey’s inspiring comeback.

In a very storied Iditarod career, Lance has received twenty-five awards including two Most Inspirational Awards, two Sportsmanship Awards and a Leonhard Seppala Humanitarian Award.  All are great honors and well deserved.  In 2008, as the first musher to arrive in McGrath, Mackey  received the PenAir Spirit of Alaska Award.  The award symbolizes the spirit of the dogs and the musher becoming one in Iditarod.  There are no greater words than these to describe Lance Mackey!

Lance, may you rest in peace as your legacy lives on through your family, your fellow mushers, those you have mentored, your fans and the  bloodlines of your canine athletes.