Eye on the Trail: Trent Herbst and Pups

I do have a little news about Trent Herbst who’s running in the back of the pack.  Fortunately,  a handler, Tim, is watching the race closely through GPS tracker and is commenting on Trent’s race.  Trent is running Ed Stielstra’s puppy team.  The dogs raised in the Upper Peninsula of Michigan at Nature’s Kennel by Stielstra and his wife Tasha have been training in Idaho with Herbst since late summer.  Snow has been as plentiful in the northwestern states as it’s been in Eureka, Alaska. 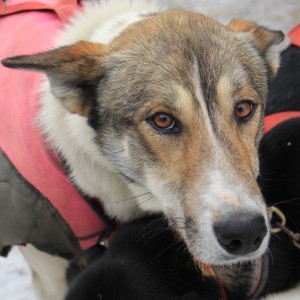 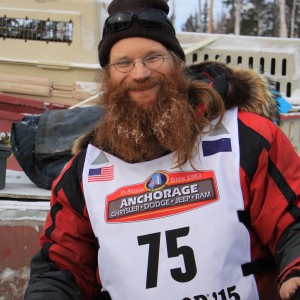 Tim reports the trip up to Fairbanks was a little hairy – 3 feet of snow and several large vehicles had run off the road.  Herbst, pulling his dog trailer behind a Chevy Suburban made it to Cantwell and found a room and a very good burger at the Cantwell Lodge.  They continued the final 150 miles of their journey to Fairbanks on Sunday.

Trent’s plan for the puppies will be to run then rest 1.5 times longer than the run.  His goal is to get the team to Nome with healthy, happy enthusiastic pups.  This is a little like starting kindergarten in the fall.  When the kids graduate to first grade in spring, they have matured greatly.

Herbst wearing bib number 75 will add only eight minutes to his 24-hour mandatory rest.  He’ll move forward from the back of the pack where he’s currently running.  With his team of young energetic dogs, Trent is maintaining a steady 8 mile an hour average speed and left Tanana with all 16 dogs.  Trent took his mandatory 8 hour Yukon River rest at Tanana.