Eye on the Trail: Unalakleet is Ready

Unalakleet is one of the major staging areas for Iditarod.  It’s the first checkpoint on the Bering Sea.  Iditarod personnel are flown commercially to UNK by race sponsor PenAir and then distributed up and down the trail by the Iditarod Air Force.  A PenAir flight came in this afternoon with twenty passengers.  The IAF was done flying for the day so folks will go to Shaktoolik, Koyuk, Elim and White Mountain in the next couple of days.

Checkpoint personnel and villagers are keeping an eye on the tracker estimating when the first musher will make the coast.  Most say Sunday morning just before 11:00 church.  If it worked just right one could catch the Wells Fargo Gold Coast Award and make it in time for the sermon at the Covenant Church.  It’ll be cold on Sunday morning but not as cold as it’s been in Ruby, Galena and Huslia. 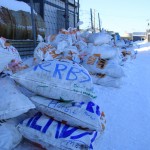 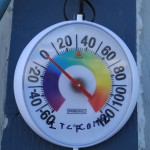 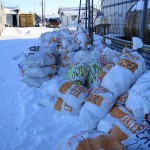 After we arrived in UNK we assisted the Checkpoint Comms folks in sorting and counting the drop bags.  Other trail people hauled straw bales and Heet down to where the teams will be parked on the slough.  Unalakleet is known for it’s wind.  To provide protection for the resting dogs, snow is formed into long berms on the slough.  On the average, mushers send out 1,500 to 2,000 pounds of stuff in their drop bags.  Stuff consists of dog food, dog snacks, new harnesses, booties, blankets, necklines and then sled stuff like runner plastic and of course musher gear like snacks, food, gloves, socks, batteries and spare headlamps.  Do the math.  There are 78 mushers.  They can each send out 3 bags to each checkpoint.  Bags can weigh up to 50 pounds each.  Potentially the staff at each checkpoint would have to inventory, sort and alphabetize 11,700 worth of drop bags.  That’s a job for strong backs. 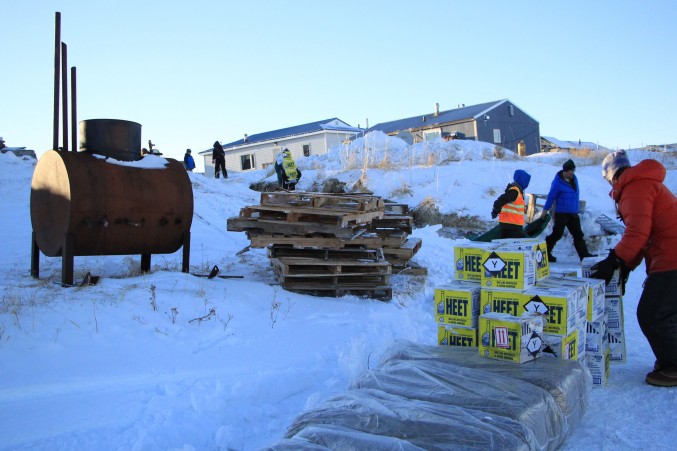 Water heater, firewood, straw and Heet. The checkpoint is ready.

Volunteers sleep in the gymnasium of the Covenant Church Bible Camp.  Cooks are on hand to feed all the volunteers, vets, dog drop people and pilots which can number anywhere from 25 to 75 people.  Meals are served in multiple seatings depending on what your job is.  These folks who cook have not just fallen of the turnip truck.  They have a finely tuned system.

Unalakleet is ready to received mushers.  Checkpoints further up the trail will be staffed and made ready in the very near future.

It’s great to be on the ground in a checkpoint.  Coming to Unalakleet is like coming home.  I look forward to being in Unalakleet with the people I’ve gotten to know over the years and with the mushers in the back of the pack.