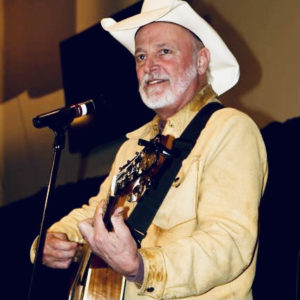 The Iditarod Nation lost a great storyteller on Tuesday, October 5, 2021. Hobo Jim Varsos succumbed to cancer in Nashville Tennessee. Jim started his life journey in Indiana in 1952. He was raised in Madison Wisconsin, and began playing the guitar when he was 12 years old. In the mid nineteen sixties, Jim decided to hitchhike to Nashville Tennessee and trade in his college education for a shot at becoming a country musician. Not long after his arrival in Nashville, Jim decided to head north to Alaska, and made his way to Soldotna in 1972.

That’s when Jim began to weave beautiful melodies with epic storytelling dedicating most of his time to researching and highlighting the people who made a living in a place that was sometimes cold, and unforgiving, but always awe inspiring. His stories resonated with all Alaskans, connecting with the lifestyles of commercial fishermen, miners, loggers, and so many others.

In 1989, Jim began spending more time back in Nashville, writing music. His song, “The Rock”  co-written with songwriter Russell Smith was recorded by gospel icon, Etta Smith and country legend, George Jones. But, his most popular song of all time was the “Iditarod Trail Song”, encapsulating the entire emotional roller coaster ride that is the Iditarod Trail Sled Dog Race in 2 minutes and 26 seconds.

Hobo Jim was named Alaska’s Official Balladeer in 1994. Then, in 2018, he received an Honorary Doctorate in Fine Arts from the University of Alaska Fairbanks.

Recently, Jim reflected on his life in a recent Facebook post,  “I have been able to make a living making people happy,” he said “I have seen a great deal of the world and all in all, life has been grand and fulfilling. Keep me in your hearts Alaska as you will be forever in mine.”

Jim’s “Rock” in his life was his wife Cyndi. They spent 42 years as husband and wife. Cyndi was by Jim’s side when he passed. Our thoughts and prayers go out to Cyndi, and the Varsos family, We are thankful that Hobo Jim was, is, and forever will be a part of the fabric that is Iditarod.

In light of Hobo Jim Varsos’s passing, we wanted to share this podcast interview produced by Husky Talk, a student podcast. The intro song to Husky Talk is also by Hobo Jim.