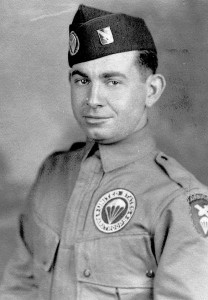 As we all reflect on, and honor our country’s veterans’ selfless service, it’s important to remember their contributions to their country and their culture beyond their service. Joe Redington Sr. is the ‘Father of the Iditarod’. He and Dorothy Page always shared their roles as the co-founders of “Last Great Race on Earth”. But it has been Joe Sr’s pathway to Alaska that was so fortuitous for the global mushing community, raising awareness about the sled dog.

Joe was born in Kingfisher, Oklahoma at the end of World War One. He and his brother followed their Dad through the midwest and finally landed in Jersey City, New Jersey.

Joe enlisted in the United States Army in 1940. Shortly after his enlistment he joined the Infantry and Field Artillery jump school,and became part of General McArthur’s Special Assault Troops in the Pacific.

After he was discharged (in 1945), he began preparing for his next big journey. In 1948, he and members of his family arrived in Knik Alaska.

Within a year, Joe started up his own kennel and began working with the U.S. Air Force, providing rescue and recovery services for military members and their wrecked aircraft in locations that could only be reached by sled.

Joe’s homestead in Knik tied right in to the Iditarod Trail. His sled dogs were characteristically large and strong. His passion for the sled dog and the culture he embraced allowed him to open doors with Alaskan Native cultures all along the Iditarod Trail. 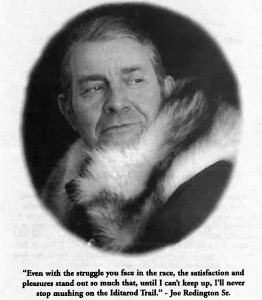 He mentored countless adventure seekers who wanted to learn how to mush dog team. Joe’s legacy as the ‘Father of the Iditarod continues today. His ability to transcend cultures and generations laid a strong foundation for future generations of Iditarod Competitors.

Joe’s own words best summarize how he loved the Iditarod Trail, “Even with the struggle you face in the race, the satisfaction and pleasures stand out so much that, until I can’t keep up, I’ll never stop mushing on the Iditarod Trail”. 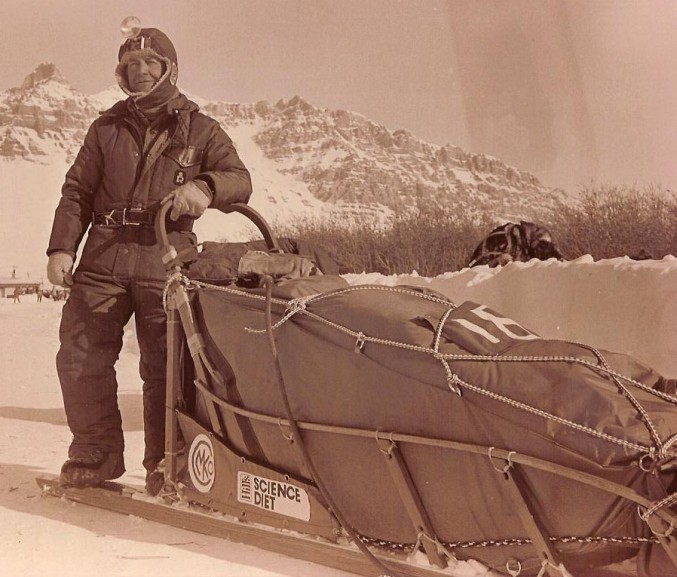