A few more pictures from Nulato

The snow is coming down pretty good. Wet stuff, not really accumulating. We are VERY fortunate to not have any wind where the teams are parked on the Yukon River. Ramey Smyth was wondering if it is going to continue to be this wet. Well, according to the weather man, it should let off sometime in the early morning hours. 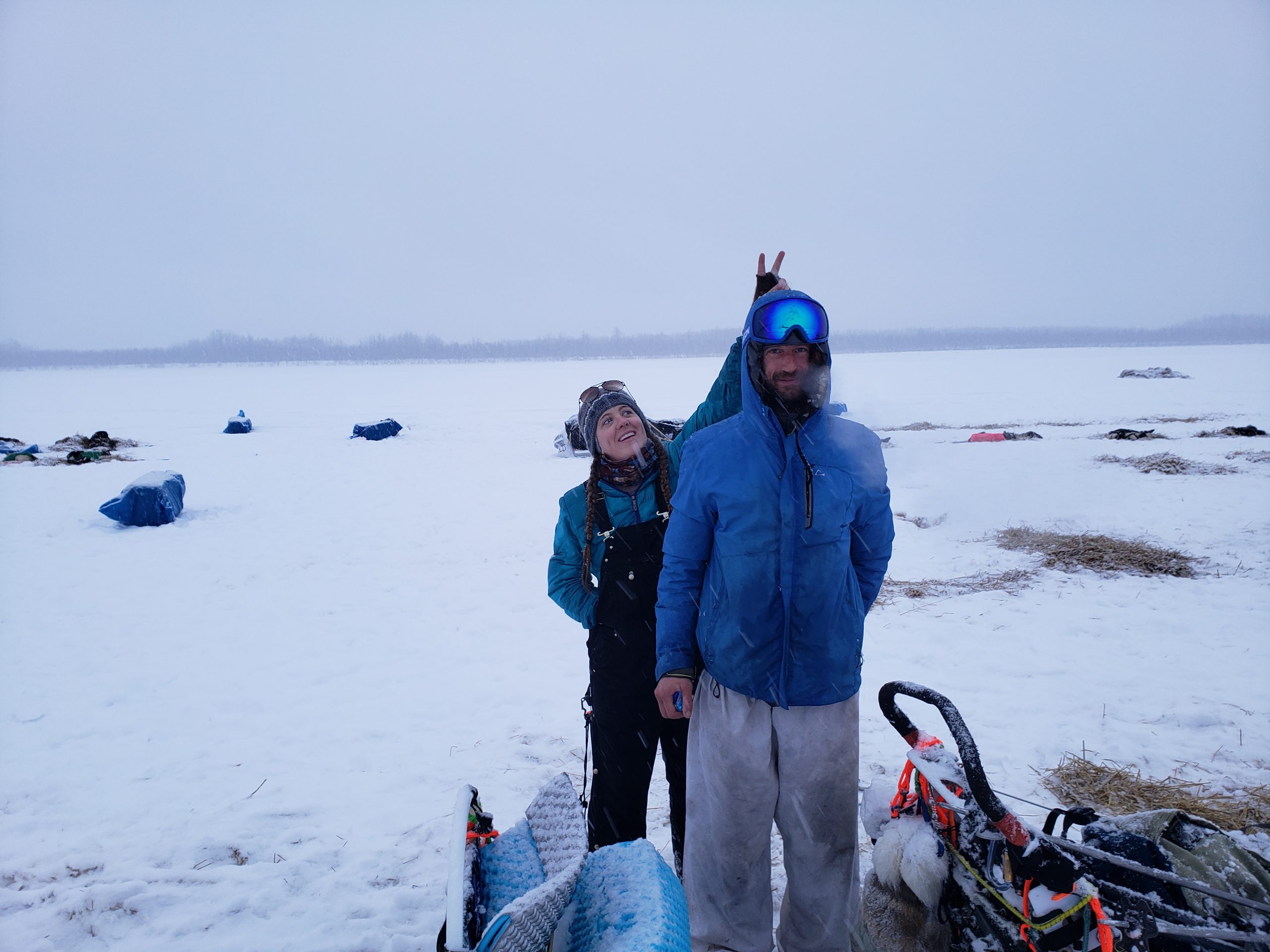 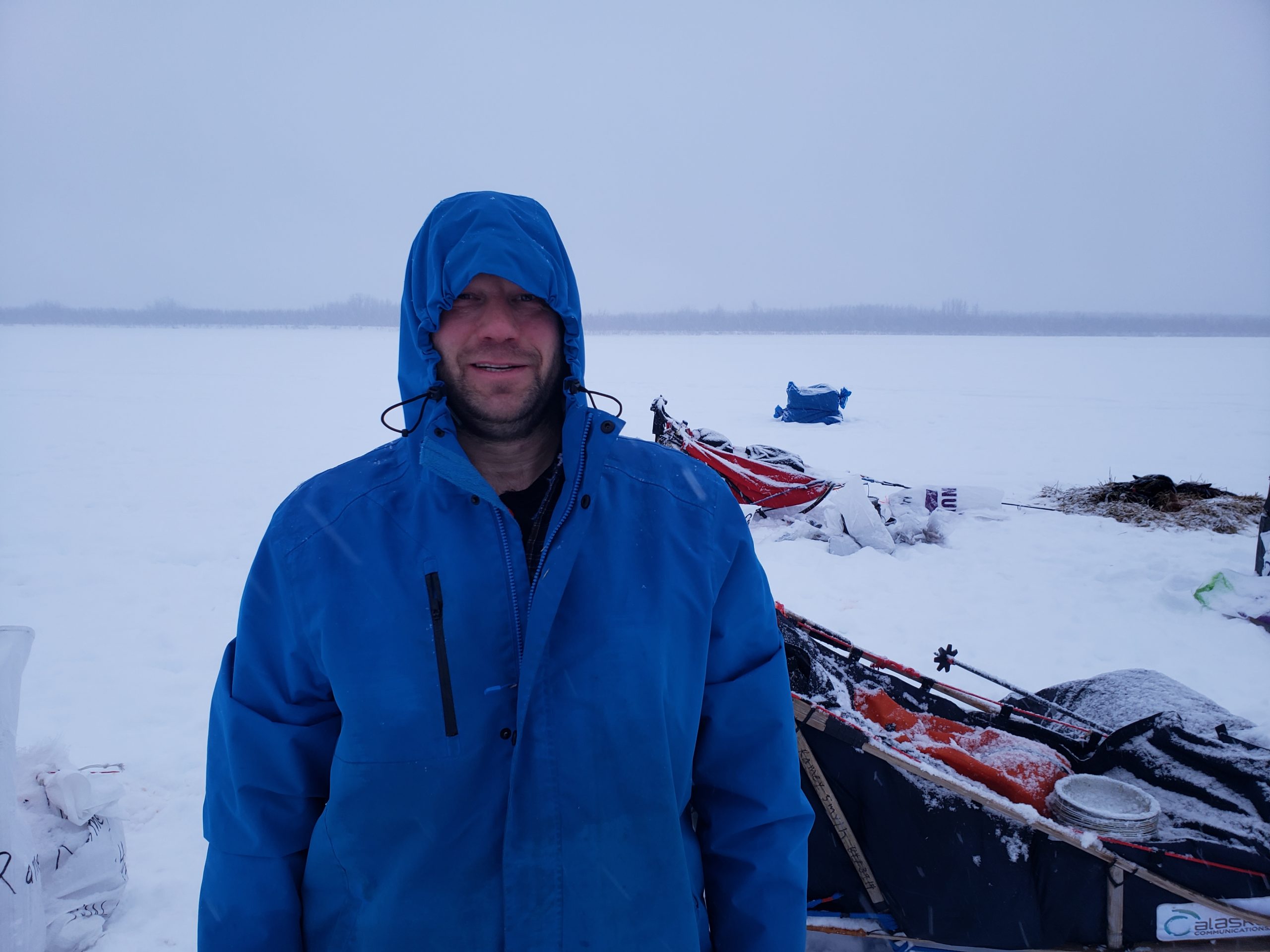 Nicolas Petit and Jessie Holmes were grabbing a bunk, right when Aliy Zirkle got up from her nap. She had not really planned on stopping here, but did so due to the slow conditions. Finding this nice and cozy cabin, definitely lifted her mood a bit. With our sleeping quarters being a bit tight, ” Jason the Vet ” scored big time, with renting a boat which is laid up on shore. Dang…, am jealous sleeping on a boat.! 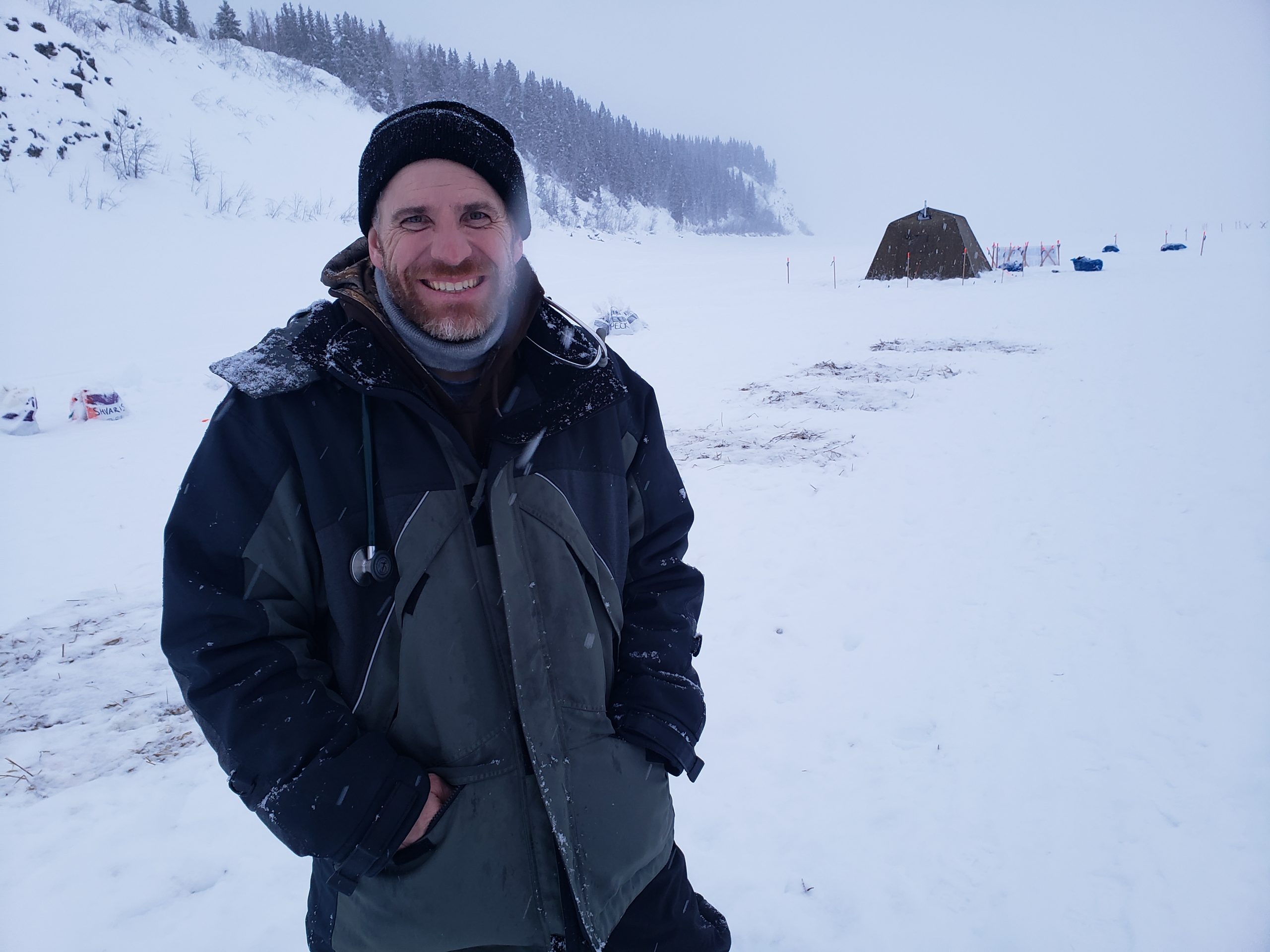 Jason our Vet all smiles about scoring a boat to sleep on!

Below is a view of the dog yards, 1st Sled Aily Zirkle, Ramey working on his sled, behind that the green sled is Kelly Maixner and behind that Lance Mackey’s sled. Looking at runtimes.

Looking at the Race leaders: Back in Takotna Thomas Waerner mentioned that his team was moving slower than the ones around him. Now looking at the run to Kaltag, that has changed. His big dogs seem to be doing well in the slow pulling conditions. He ran to Kaltag about 30 minutes faster than his competition. Already having taken his 8 hour layover, is putting him in an interesting position. I doubt it that he will rest 6 hrs, so I would not be surprised, if he ends up being the first team leaving Kaltag. 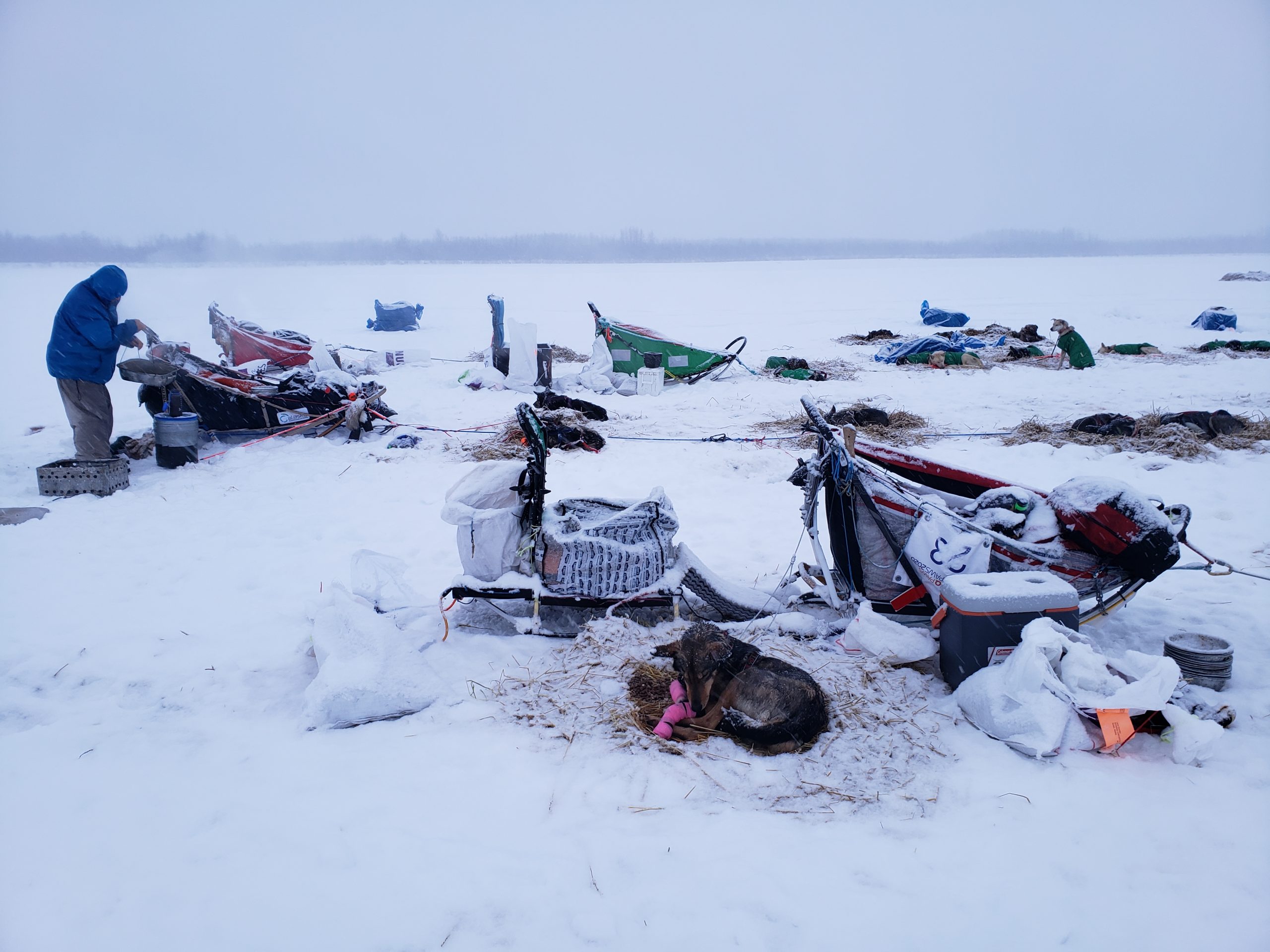 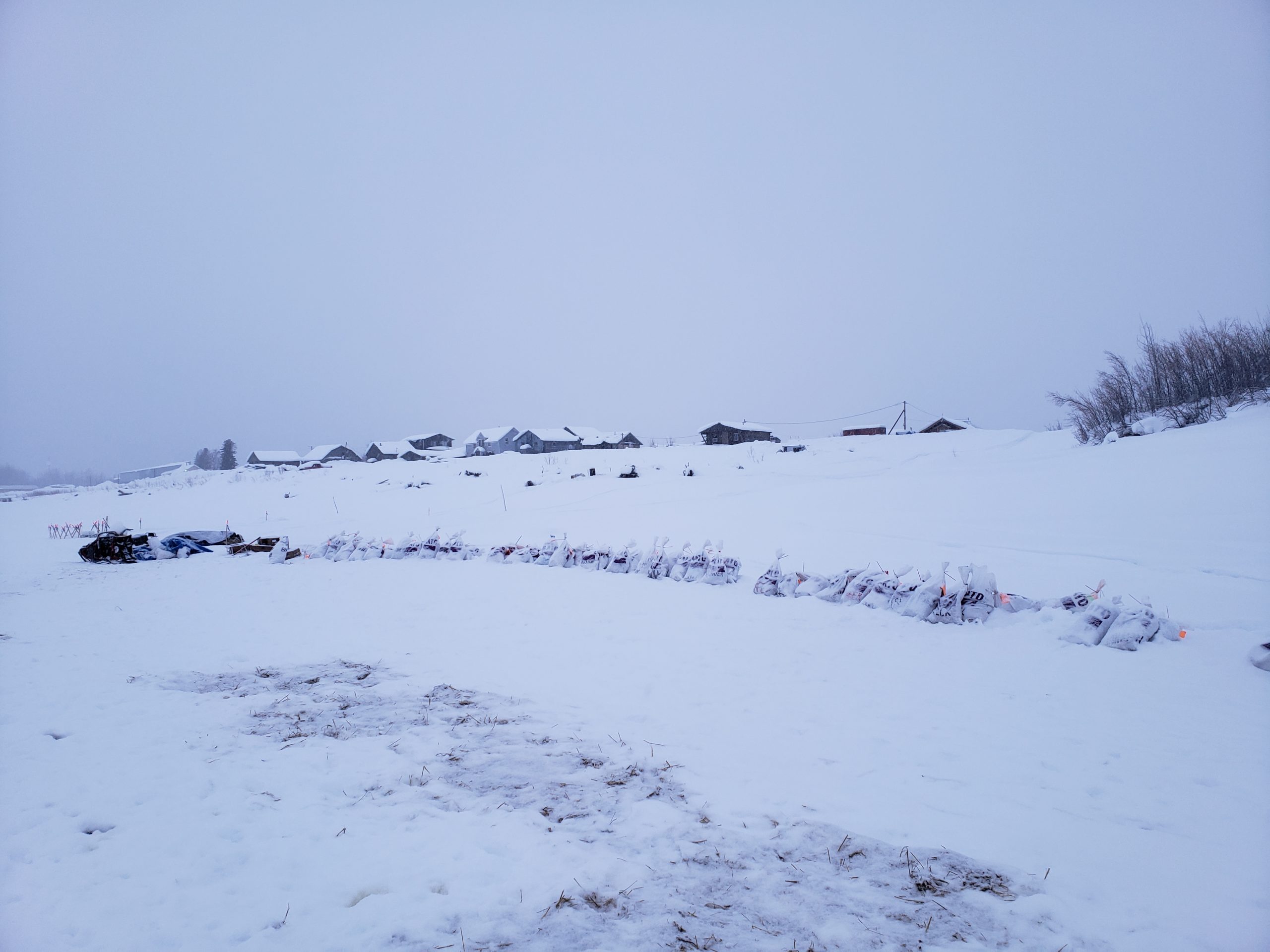 Dropbags withe down in the background 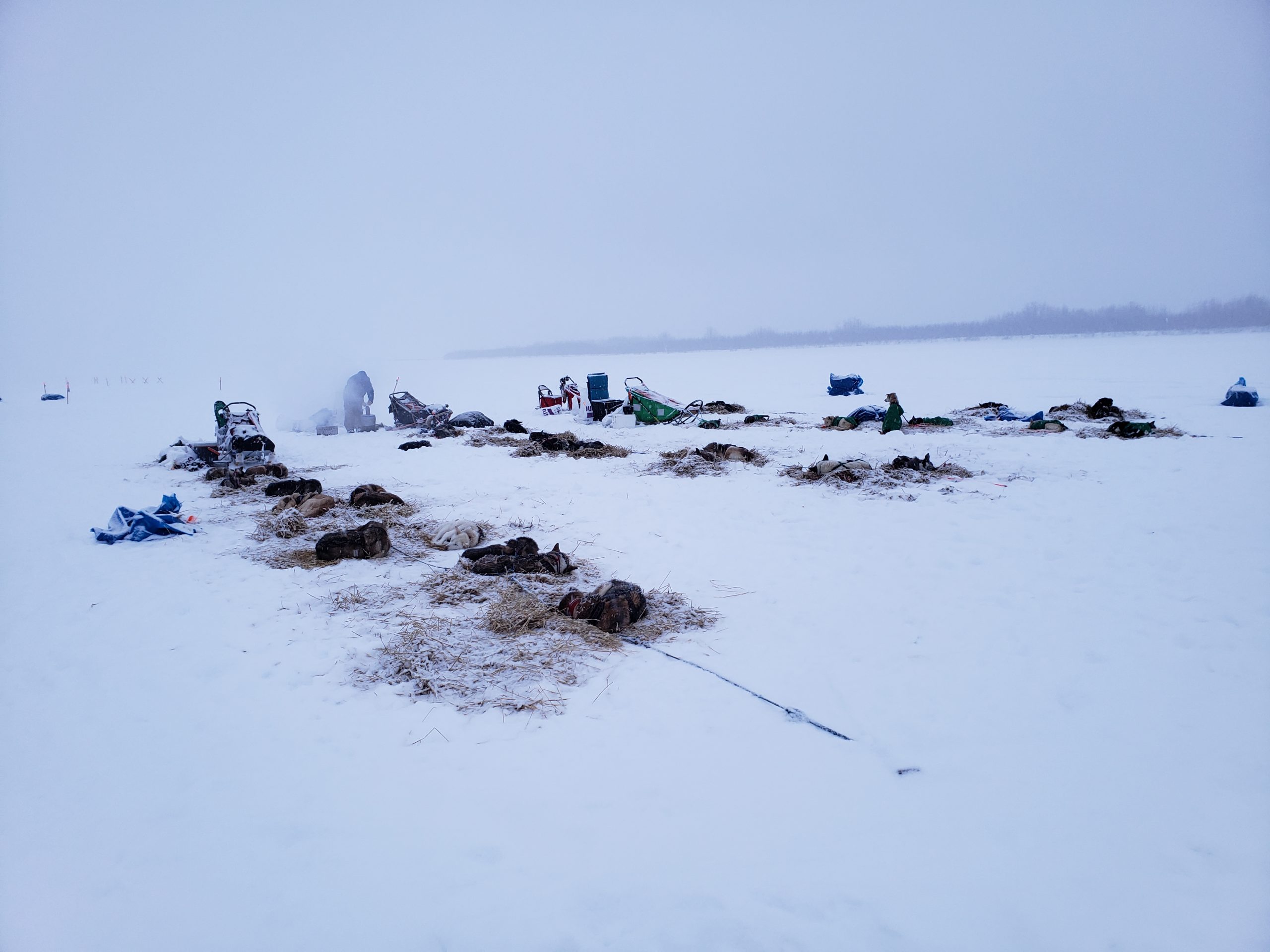 Teams paring on the Yukon River