What a reception Aaron Burmeister received in Huslia! The whole town seemed out and about. He must have heard the cheering and hollering for the last half mile while coming in. Elders were sitting on folding chairs watching, even a wall tent was pitched up to keep them warm. Lots of local mushing royalties were out and about, including Warner Vent, who ran the 1974 Iditarod. He was introduced with an announcement under the ( halfway ) finish Banner. There is a lot of pride in the mushing lifestyle here in Huslia. Warner Vent finished in 21d 11h 18m 42s, and received $ 3255 for that finish!

Aaron immediately declared his 24 hr layover. He asked for someone to hold his leaders out, as he is dealing with a female in heat further back in the team. Now Aaron has a well deserved 24 hr rest here. Timing is good, as it’s going to be a cold night! Here are some pictures. Sorry I did not get much. My camera froze up after the first few shots. Hard to believe we are halfway into the race. I hope to get more pictures from around town tomorrow. Time to thaw out!

Looking at the other mushers, I am a bit surprised that both Martin Buser and Hugh Neff are taking a rest at the cabin at 37 mile.  Ken Anderson is camped out too, much earlier out.  I did see Hugh pack some straw in Galena, so he came prepared. 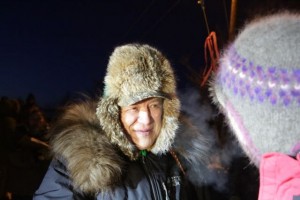 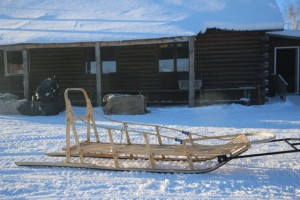 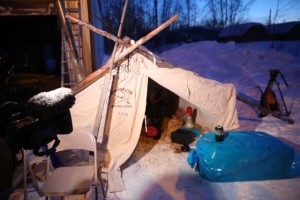 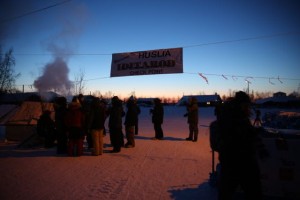 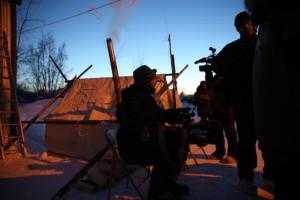 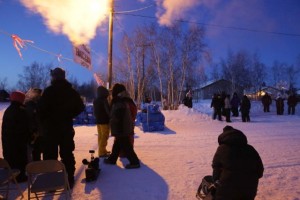 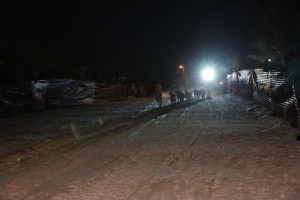 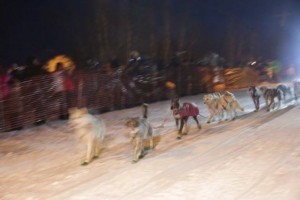 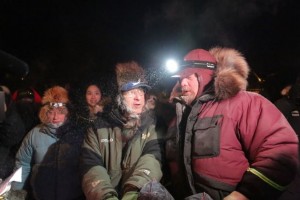 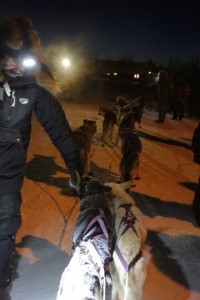