The first teams have already left Nenana. Now what is that all about? A 60 mile run, and that is not long enough to rest? For one, at least according to my iron dog the mileage was more like 54. Runtimes of a bit more than 5 hrs, are short by todays standards. On the traditional route many teams go all the way to Skwentna, that is 70 miles. Some do not even stop there. So actually, it is no surprise, that teams are going though. The next run to Manley as also supposed to be close to 90 miles long. Not staying here, and to keep on going makes sense from that respect also. The mushers who do not stop here in Nenana, most likely break the run to Manley into 2 more evenly long runs, of 7.5 hrs each. 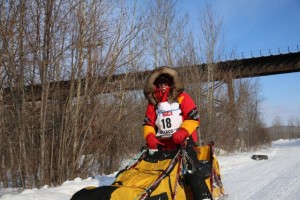 A race fan just asked me:. ” How come some teams are checked out by the veterinarians and others are not ?” As a musher you have 3 options to pick: A complete exam, for that you usually have to stay in the checkpoint, as it can take close to half an hour, depending how many vets are working on the team. With teams filing in here as fast as they do right now, the vet teams have to work fast. The second choice is a ” brief exam ” looking over some of the basic vital signs and just picking some dogs. The third option is to have no exam. That later choice can not be done in each checkpoint. At least every third stop, a complete exam has to be performed. No exam makes sense, in a checkpoint like this, where things can go a bit mayhem with so many teams arriving and if a team is screaming and barking to go…. well, that is a sure sign that they are pretty ready to continue. After all, during a campout, the musher is on their own too. 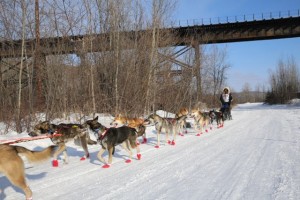 I will continue down the trail here in a bit and try to catch up with some of the teams who have elected to camp out. Of the front teams, 12 have arrived while I type this, the fastest 3 times are Martin Buser, the only one under 5 hrs, then Paul Gebhardt the second fastest and Thomas Waerner the thirst fastest. All are going about 10 miles an hour. That is a pretty nice clip!

Below a few shots from teams coming in. Happy trails ! 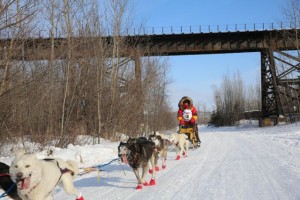 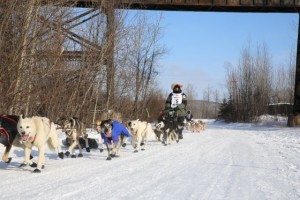 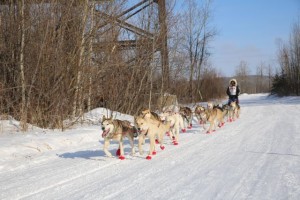 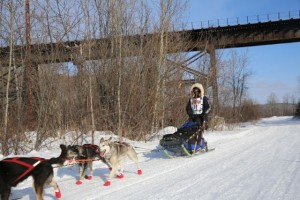 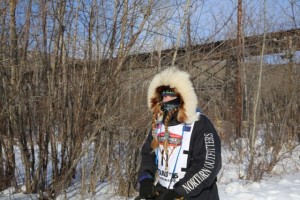