Jessie Royer and Richie Diehl out of Takotna

And they are off. Jessie was parked behind Richie when they arrived in the yard here in Takotna. With the Starting time differential we was able to leave half an hour before Richie. With parking being tight, the only option to get her safely out of the yard was doing a U turn with the team. Thanks to many helping hands here in Takotna from Tabitha and her handler crew that U turn went seamless. A few last minute Bootie and Chickenfeet Gaitor adjustments later, Jessie was on the trail. Boy that team was on fire.

Richie, after some tight turns out of the yard left equally strong. Very high energy for both teams and mushers! It is going to be interesting to see their runtimes. They should have a great run under the waning moon! Both 14 dogs strong, firing on all cylinders. Jessie seems to be running up the hills towards Ophir with over 9 miles an hour, that is going to eat up the trail pretty quick. Full teams out of their 24 hr layover is very nice! Historically speaking 8 out of 10 races are won by teams which have 24’ed in Takotna. 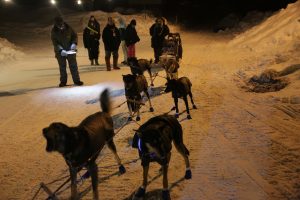 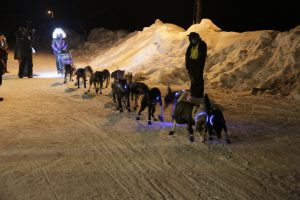 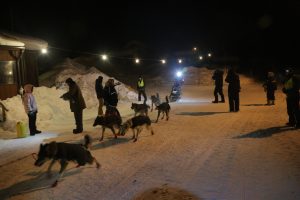 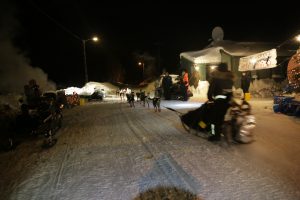 Richie is off towards Ophir