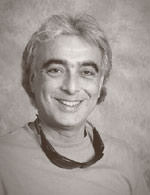 Dodo Perri, 47, was born and raised in Italy. Perri has distinguished himself in Italy for his diverse and numerous sled dog achievements. He began his mushing career in Courmayeur in 1985. He competed in all eight Alpirod races, his best finish being fifth in 1995. He was present at the Sled Dog Demonstration Program in the Lillehammer Olympics in 1994, and at that point started his collaboration with the IFSS promoting the introduction of mushing as an Olympic discipline. He won the European Championship (IFSS) Mid Distance in St. Moritz. He also takes part in extreme expeditions helped by his “best friends,” his dogs. He ascended Mount Blanc with his dogs to 4810 mt and took part in the Moscovia, 900 km from Moscow to St. Petersburg, where he placed first in the 12-dog category. In 2001, one of his ideas became a reality. The “Duca degli Abruzzi Project,” a sports, scientific and media event took place. It was a commemoration of the historical achievement in 1900 by the Duke of Abruzzi. Perri went to the North Pole with a descendant of the Duke, Amedeo di Savoia and his son Aimone and placed a cross there that had been donated by the Pope. Since 1992, Perri has been a professional consultant for opening a sled dog school in the Alps and promoting the sport on national radio and television. In 2005 he commemorated his 20 years of dedication to sled dog sports with his first finish of the Iditarod Trail Sled Dog Race. He says he enjoys skiing and snowboarding, hydro speed, hiking, climbing and cooking Italian style. He runs the Iditarod because, “I like Iditarod, I like dogs, I like mushing and I like Alaska and Alaskan people.”