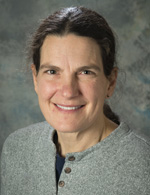 Christine Roalofs, 46, was born in Ohio and raised in Louisville, Kentucky. She received her DMD from the University of Louisville and a certificate in Pediatric Dentistry from Children’s Hospital in Buffalo. In 1999, following completion of her residency, she moved to Wasilla, where she worked as a pediatric dentist for two years. She then moved to Anchorage and opened her own practice. She also contracts with Norton Sound Health Corporation to provide dental care to young children in Nome, Shaktoolik, Gambell, St. Michael and Brevig Mission. She began mushing in 2006. She says, “After volunteering for the Iditarod several times, I got the ‘bug’ and started building my own team. Several short races later, I was ready to tackle some qualifying races. After several years of 200-300 mile races, I am ready to travel the Iditarod Trail with my dogs. I have a motley and lovable crew ranging in age from three to 10 years old. I purchased most of my dogs from other mushers but did have two liters of puppies. I maintain a small kennel in Anchorage and am looking forward to experiencing all Iditarod has to offer.” In her spare time, Christine enjoys road and mountain biking, guitar, t-ball coaching and quilting.