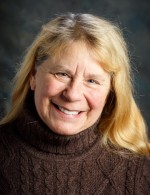 Gwenn Bogart, 58, was born and raised in Vermont. She has B.S. and B.A. degrees from Colorado Technical University. Gwenn has had professional careers in the equestrian sport of Three-Day Eventing and fly fishing. She founded Casting for Recovery (CFR), www.castingforrecovery.org, an international breast cancer support group headquartered in Manchester, Vermont, that uses fly fishing for mental and physical healing. Gwenn also has a private pilot’s license and flew a Cessna 150 from the Green Mountain State of Vermont to the Last Frontier in 2011. Gwenn’s two grown daughters, Hannah and Molly, make their homes in Oregon and Vermont. Gwenn moved to Alaska when she and Dave Bogart, a former member of the Iditarod Air Force, were married in June of 2012. She began mushing in 2012, training with Ray Redington, Jr. and Jim Lanier. She’s been mushing with Jason Mackey for two years and has run the Sheep Mountain 200, the Copper Basin 300 and the Northern Lights 300. This will be Gwenn’s second attempt to finish the Iditarod. She lives in Wasilla with her husband, Dave, two border collies and one mighty wiener dog named Frank. She enjoys fishing, skiing, hunting and painting with water colors.