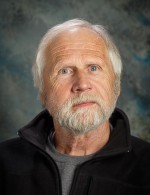 Martin Koenig, 64, was born and raised in Switzerland. He moved to the United States in 1973 and became a US citizen in 1978. He settled in Montana in 1980 after arriving on horseback from Colorado. He has been a self-employed machinist for 45 years. He says, “I traded horses for sled dogs in 1992 and started sprint racing.” He moved on to stage, mid-distance and distance racing. “I quit the race circuit two years ago and turned into a recreational musher. I don’t miss the race scene but I do miss traveling with the dogs and running new trails. I decided it was time for another trip to Alaska and to take the dogs to Nome. I have 28 dogs in my kennel, and 20 are in training for Iditarod. They are all rookies except one. Should be interesting. I do like a good challenge.” Martin is a member of the Montana Mountain Mushers and when asked about hobbies, he says, “no time for anything else.”