Iditarod Air Force – The Trail Above the Trail 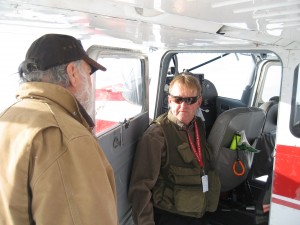 The Iditarod Air Force is made up of pilots, both men and women, who are willing to donate their time, talents and ski equipped bush planes to support The Last Great Race. Call their collective efforts a lifeline, network or support system, but basically it would be impossible for the 1049-mile race to exist without these dedicated, skillful, resourceful and generous pilots. The Iditarod Air Force has been the trail above the trail since 1978. Iditarod XLI marks their 35th year of “going to the dogs.”

The IAF moves goods, people and dogs up and down the trail, into and out of isolated villages and checkpoints whenever or wherever they are needed as long as light and weather conditions permit. Their race starts long before the Ceremonial Start in Anchorage on the first Saturday of March.

When the team of volunteers arrives at Skwentna on Saturday afternoon before the race starts, the goods will be there. The musher drop bags will be in a pile covered by a tarp waiting to be counted, sorted and alphabetically arranged. There will be plenty of straw bales, one for each team. In a smaller stack, cases of Heet will be ready to fuel the cookers as the mushers concoct gourmet meals of many courses for their athletes. All of these necessities along with lathe trail markers delivered courtesy of the Iditarod Air Force.

Race personnel are flown out to the checkpoints along the trail then after the race has “gone through,” those folks are retrieved and flown by the Air Force to other locations further down the trail. Race personnel include communications volunteers, logistics coordinators, photographers, Insiders, cooks, checkers, judges, veterinarians and the race marshal. 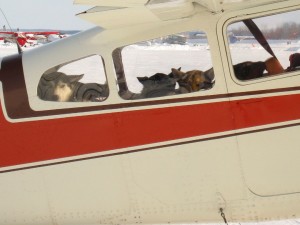 “Going to the dogs,” describes the role played by the Air Force pilots as they transport dropped dogs out of checkpoints. The pilots are accustomed to having canine passengers and the canines are good passengers. Why wouldn’t they be good passengers, they all have window seats!

The 2013 Iditarod Teacher on the Trail™ uses the Iditarod and Iditarod Air Force to teach students about scientific principles that apply to flight. Linda Fenton from Waupaca, Wisconsin helps students discover and understand Bernoulli’s Law and the four forces of flight – lift, weight, thrust and drag using the infamous Iditarod Air Force as they support the race on the ground from the trail above the trail. Linda has provided lessons about surface area and the four forces of flight on the Iditarod Education Portal.

Airplanes in 1925 were not mechanically advanced enough to deliver the serum to the children of Nome. Three attempts to get a bi-winged open cockpit plane off the ground were unsuccessful due to mechanical failure, water cooled engines and lack of anti-freeze. Today, bush planes provide transportation and vital links for all of rural Alaska. The Iditarod Air Force is an essential connection for the mushers and dog teams traversing the 1,000-mile trail from Anchorage to Nome. 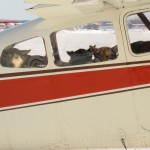 Every dog gets a window seat 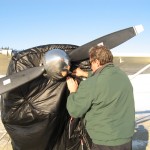 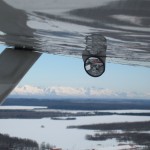 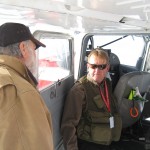 Pilots converse before take off 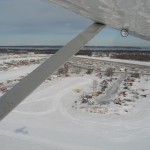 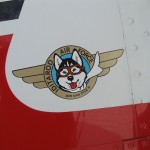 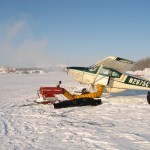 Heating the Cessna at 30 degrees below zero 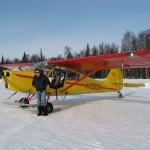 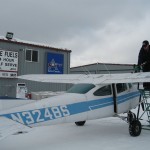 Fueling for the flight across the range 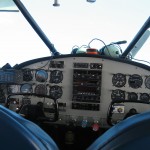 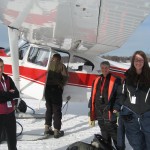 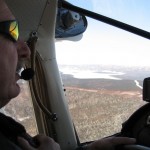 Danny Davidson at the controls